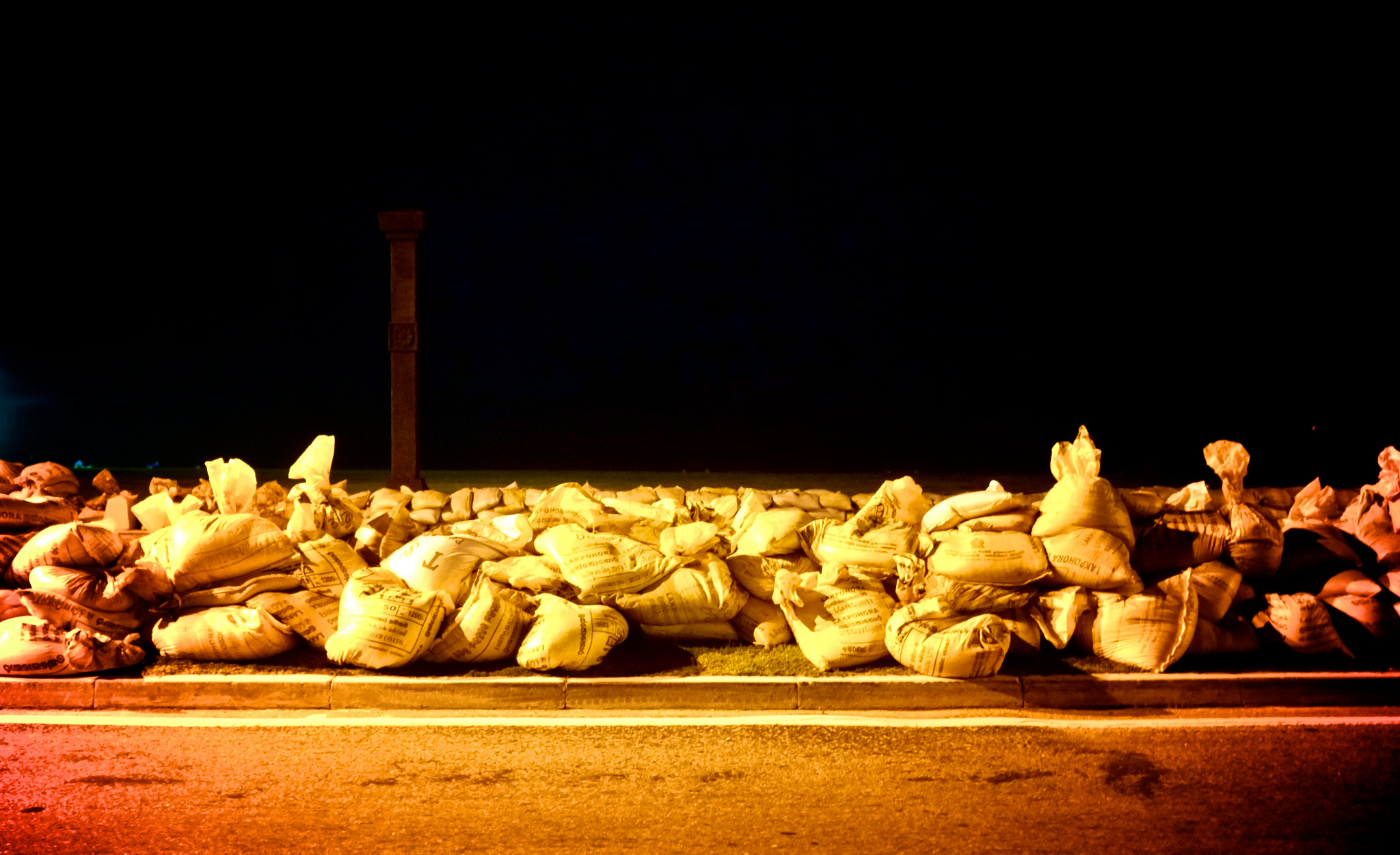 The bickering voices behind him, Mayor Edmund Parker stood at his study’s west window. He looked down Belmont Hill, out over the rest of his city, Boston, and to the pepper fields beyond. Tall, lean, famously blue-eyed and grey-haired, he allowed himself a scowl.

He was a politician, yes, but a businessman first. He didn’t just tolerate conflict—he welcomed it. The pepper fields stood as proof of that. What he didn’t like was pointless argument. Yet pointless argument was the only thing he got every time Hawke, Harvard University’s president, opened his mouth. For the moment he’d leave the man to his senior aide, Belson.

“Excuse me,” Hawke interrupted, “but you must deploy some city employees to help us!”

Edmund mouthed, “Excuse me,” at his reflection in the window. The Boston Brahmins had impeccable manners, if you counted saying “Excuse me” when interrupting as manners. Because Hawke’s family dated from the city’s founding he thought he could push people around. Edmund shook his head. His own family had been in Boston a couple of hundred years, since the 1970s, but they hadn’t forgotten their manners.

The mayor picked up binoculars from a table by the window. Hawke’s voice droning in the background, Edmund focused on the pepper fields covering the hills, their green just taking on a blush. He smiled; the peppers were worth a fortune. His fortune. His wife dabbled in cooking, and when the wars in Europe made getting paprika impossible he’d smelled opportunity.

He’d never told his wife, but it smelled better than her paprika chicken.

Buying the land was easy—people had been making money off crops now incapable of being grown elsewhere for a hundred years. Bringing in the Hungarian refugees, though, had made for a hell of a fight. The feds, the state, the city … Refugees were never popular. But the Hungarians had the know-how he needed.

Edmund shifted his gaze to the smoke-stained, decaying buildings of Little Budapest. It wasn’t as pretty as his fields, but he kept smiling. Ugly, it was his, too.

Hawke said, “The park is priceless, the cenotaph irreplaceable. I do not believe the dikes on the Charles will hold.”

“Well …” Belson scratched at his jowly chin. Edmund could hear it from where he stood. “They’ve held for a hundred years, there’s no reason to think—”

“Excuse me, but we have every reason to think the storm surge tonight will put the river higher than it’s ever been. The weather reports—”

“Are ambiguous.” Edmund’s grin grew wider at Belson’s interruption. It was about time he showed some fight. “Come now, Dr. Hawke,” Belson continued. “I’ve called around, and I think you’re exaggerating the possibility for disaster.”

“Who did you talk to? The official forecast—”

“Has been wrong before. Often.”

Edmund set down the binoculars. Hawke rendered speechless was good, but perhaps Belson had gone too far. Back when he’d actually done something, Hawke had been a meteorologist.

“Gentlemen, please,” the mayor began, returning to his desk. “Belson, pour Dr. Hawke a whiskey. Me too.”

“I don’t want a drink.” Hawke glared at Edmund. “I want to talk about the memorial. Do you even care?”

Seeing his opening, Edmund pounced. “Care?” He could pack tremendous outrage into one word, and at the drop of a hat. A useful skill. “Do I care? Of course I care! My grandfather fought in the war. Those Mexicans—” Edmund saw Hawke’s face harden, and corrected himself. “Excuse me, those refugees. The Texans, Cajuns, Islanders, Southies—” Edmund waved his hand dismissively. “My grandfather called them all ‘Mexicans.’ He lost a leg in the resettlement wars so that word’s enough for me. But please,” his voice now gentle, trustworthy, and eminently reasonable, Edmund said, “I can’t sit here arguing semantics with you all night, Dr. Hawke, as enlightening as that might be.”

Belson set a full glass on the wide armrest of Hawke’s chair, then one on Edmund’s desk.

“Thank you, Belson. Why don’t you go home, get some sleep?” The mayor smiled genially at his aide. As Belson left Edmund turned the smile to Hawke. “Well, Dr. Hawke? We should take the opportunity to discuss something while we enjoy our whiskeys.” He let a little iron creep into his voice. “Something else. The cost of diverting men and women from city services to the levee is too great.”

“I was trying to explain to your aide, the cost of repairing the memorial—”

“As I was saying,” Edmund overrode, “It may not even be necessary. You see, doctor? Please, enjoy your drink. If something happens to the levee tonight, we’ll talk again tomorrow morning. When there’s something to be done.”

Edmund, wearing a trim, dark blue suit—cameras could be anywhere, so he was always camera ready—looked over the breakfast table with great satisfaction. “Thank you, Susan.”

Susan nodded and smiled. “You’re welcome, dear.” He returned his wife’s smile. She had directed the servants to produce toast, bacon, and eggs just the way he liked them. Best of all, there was freshly squeezed orange juice.

“Ah!” He smacked his lips and studied the cheery yellow-orange liquid in his glass. Life was good. The oranges would have been trucked in from Albany just that morning. He didn’t know why people wittered on so about the “good old days.”

Edmund picked up a piece of toast, spread the butter, and reached for the honey. He used the honey dipper, adding a lavish quantity of the golden treat. No need to hold back even though the stuff was smuggled into the city at two hundred dollars an ounce.

Susan held out a plate. “Please.”

Edmund grinned at his wife while he applied the dipper. It was just foolishness anyway, the ban. Something about “reestablishing the bee population.”

He bit into his toast, savouring the crisp warmth of the bread, the delicate flavour of the butter, and the sharp, aromatic sweetness of the honey. Thinking of Hawke, Edmund shook his head. Academics! They worried too much. He didn’t feel guilty. It was men like him who got things done.

Young Lena brought in the morning Globe. Edmund didn’t feel bad about using a printed copy. He spread it open a moment, enjoying the snap of the pages, then glanced at the lead article.

Edmund’s smile didn’t waver. Damage to the memorial would have been unfortunate. It was hardly a huge moneymaker for the city, but there were certain intangibles, and many people used the surrounding park. But he didn’t. The important thing was that he’d been right.

Reading on, he frowned. There had been quite a few injuries … At least no one was dead. Then the mayor shook his head, dismissing his feelings. The volunteers had brought it on themselves.

In his study the mayor took his binoculars to the south window. He directed them to the Charles, by the university. He could see the levee along the south bank of the river quite clearly. A great number of people swarmed atop it, many still working. Tents lay scattered through the park. The largest were coloured with Harvard’s crimson, others looked like the camping tents of private citizens. Food and shelter for the volunteers, Edmund assumed.

Edmund turned the binoculars on the Resettlement Wars Memorial. It consisted of several buildings set in a park, with the great cenotaph to the east. Twisted metal and brick, the towering sculpture was set in the crater where, generations ago, Harvard Stadium once stood. There had been flooding during the night, but not too much. Certainly not enough to destroy the memorial. Not today.

Edmund put the binoculars back on their table.

Susan looked up when he returned to breakfast. “What were you doing, Edmund?”

He sat, gesturing at the paper. “Taking a look at the memorial. Last night Hawke was certain it’d be destroyed.” He shrugged. “Hawke came here demanding I storm into action.”

“Men like Dr. Hawke are always worrying about something. The levee, the bees, rare earths, energy … for our grandparents, global warming.” Susan shrugged. “There’s a lot of bother and trouble. And then, really, nothing much ever comes of it.”

Edmund shot his cuffs. “I was right of course. The memorial is fine. It was just a false alarm.”

John Cooper Hamilton writes humorous genre fiction, or literary fiction when thinks he can get away with it. His many interests include role playing games, board games, war games, card games, and video games. He lives in Ohio, dividing his time between games and convincing his family to play games. More of his stories can be found at medium.com/@JohnCHamilton.