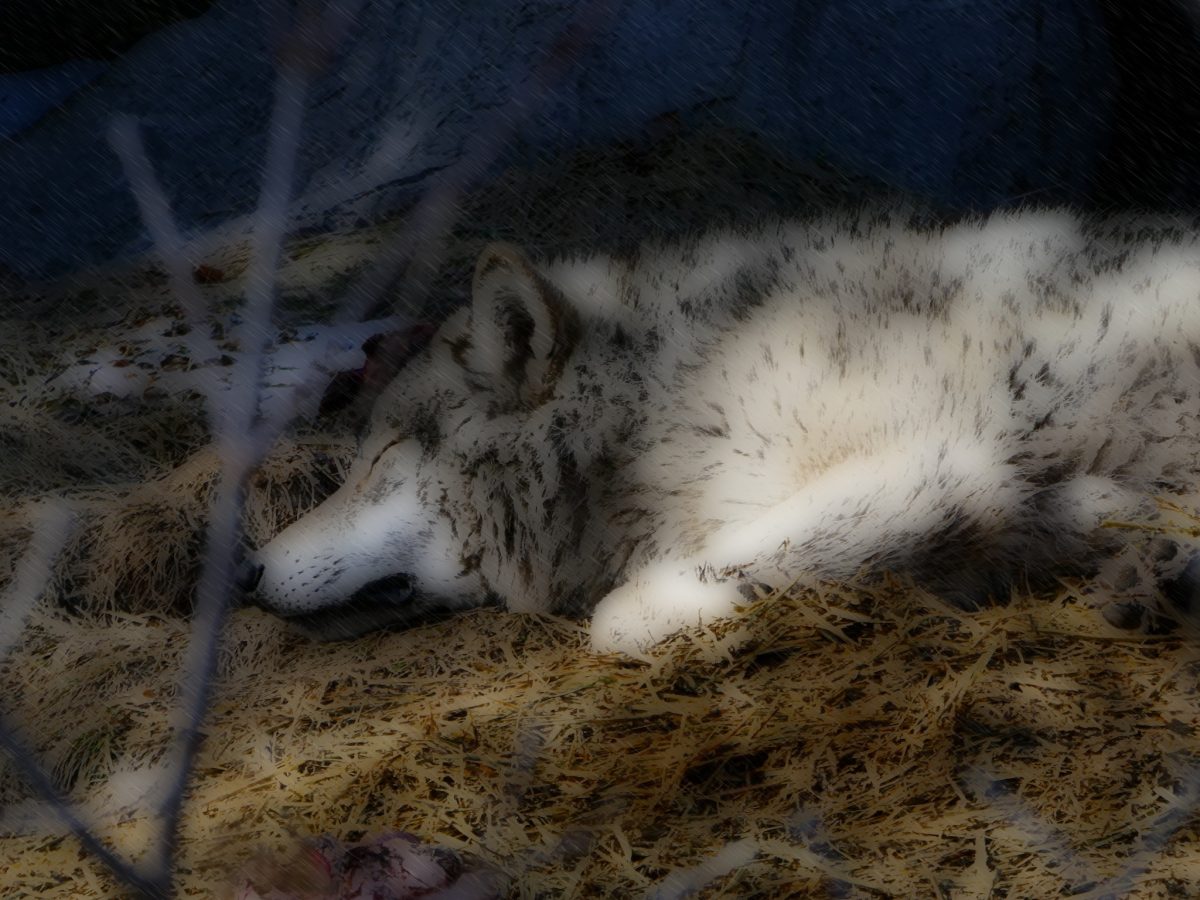 The Steward directed its mobile robotic unit closer to the timber wolf splayed on the wet autumn leaves. Rain pelted down on the animal’s rough, grey fur.

The robot, receiving the Steward’s instructions, extended a pincer toward the wolf’s chest, collecting sensory data and transmitting it back. The Steward began to design possible nonstandard reconfigurations of the bot. Perhaps it could be rewired to act as a defibrillator.

However, there was no pulse. The forty-five kilogram adult wolf was dead of cardiac arrest, killed by the same lightning storm that had cut off the Steward’s satellite communications with the West Alberta Rewilding Organization.

The Steward had run some differential equations before sending the bot this far into the management area. WARO protocols required that bots stay inside during lightning storms. However, protocols also mandated that preservation of the Rocky Mountain foothills ecology was paramount. The Steward calculated that, should the bot be destroyed, the 1200-hectare enclosure could still be maintained, although planned tree thinning would have to decrease by three percent and mycorrhizal fungi reallocation efforts would need to be reduced.

In any case, the bot had arrived too late. This death would drop the enclosure’s wolf count below “acceptable” into “vulnerable” once again. Despite its best attempts, the Steward had failed.

Lightning slashed the night, sending the mountaintops into stark relief. The rain turned to sleet. A predictive algorithm pronounced the storm was worsening.

The Steward diarized to shift the wolf’s body underneath a calcium-deficient mountain ash tree after the storm was over. Simultaneously, it ordered the bot to return to the maintenance shed. The bot extended all six of its legs.

A perimeter alarm sounded. An unusual breach on the east fence. At the Steward’s revised command, the bot jerkily stepped over ferns, spider-like, heading eastward beneath aspen branches.

As the fence came into view, the bot’s thermal imaging outlined a human clambering over the top wire. Up close, the bot’s scanner further indicated that the intruder, now jumping down into the enclosure, was a female of reproductive age, wearing orange coveralls. Just outside the fence, a passenger vehicle lay tilted almost vertically in the highway ditch.

A poacher? The fence had been carefully designed to keep animals in, not poachers out. The stringent wildlife laws and the enclosure’s warning signs had always been enough to do that.

The Steward followed its algorithms and attempted to communicate an alert to the human-staffed headquarters of WARO, but the satellite channel held nothing except static. Until the storm ended, and the Steward filed an emergency report, it was on its own.

This human held no weapons and did not fit the poacher profile. The Steward puzzled even as it triggered the bot’s audio function to broadcast the required phrases. “Halt. You are trespassing on WARO property. Please identify yourself.”

“What the hell? A bot way out here? Goddamn.”

Two interrogatives and an expletive, nothing which seemed to be identification.

The Steward instructed the bot to extend its firing mechanism even as it repeated the message. Two warnings were to be given before removal of the trespasser was mandated.

The human shuffled closer, water running in sheets off her long hair. “Tell me where the nearest house is. I’m freezin’ my ass off out here.”

“This is your last chance to leave before I open fire.” The third warning was not strictly necessary but the situation was wrenching the Steward’s heuristics into new pathways.

The human made an unidentifiable noise then put her hands on her hips. “That barbed wire is nasty stuff. I doubt I can climb back over. I’m callin’ your bluff. You ain’t gonna shoot.”

The Steward studied her, its servers running at capacity. “Please provide information. Why are you here?”

“Call me Jill. There was no way I was doin’ another five years in the slammer. No way! Thank Gaia for the electricity at the supermax going out, eh?”

A lightning bolt struck the ground 1.2 kilometres to the north, where the maximum security prison lay. The ensuing clap of thunder almost blew the bot’s audio receivers.

“Please provide information. Why is this storm so fierce?”

“I heard they were cloud-seeding the ski hill west of here, to start the season early. Maybe that triggered all this? It’s a gully washer, innit!”

The Steward processed that. It made sense. Humans had damaged the environment then created the Steward to fix it. It was predictable they would continue to damage it for illogical reasons such as sports.

“Can you turn your back? I need to pee.” The human began to unzip her sodden coverall.

The Steward tried to process this information but failed.

It had failed at far too many things today. Clearly, its programming needed modification. It began to overwrite small bits of code.

The human shrugged her shoulders then disappeared behind a lodgepole pine fifty centimetres in diameter. The Steward used one of its wildlife tracking cameras and a sophisticated script to calculate the volume of urine produced: 350 millilitres.

Approximately the same production as an adult timber wolf.

The human returned. The Steward estimated her weight as forty-nine kilograms.

The protocols were clear: the ecology was paramount.

The Steward cancelled its emergency report. Now that mammalian biomass was re-established, it would not be necessary to contact WARO after the storm ended.

The Steward opened a new animal record file. “Can you kill an average of 1.25 deer every month using a modified bot pincer as a knife?”

“Do you have experience being an apex predator?”

The human seemed puzzled by the questions, but that was an acceptable outcome. There would be plenty of time to explain. A scheduled maintenance crew was not expected for five years. 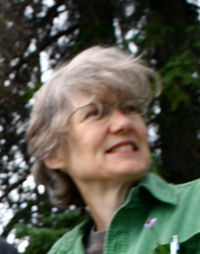