Dilemma, with Omnivore
Keyan Bowes
Fiction
September 6, 2019
For Those Who Would Come After
J. Bear McKenna
Fiction
August 28, 2020
What to Expect When You're Expecting Advanced…
Jason A. Bartles
Fiction
September 16, 2022
Ghost Fishing
William Delman
Fiction
May 29, 2020
Solitude, in Silent Sun
Mike Adamson
Fiction
July 17, 2020
What can we get you? 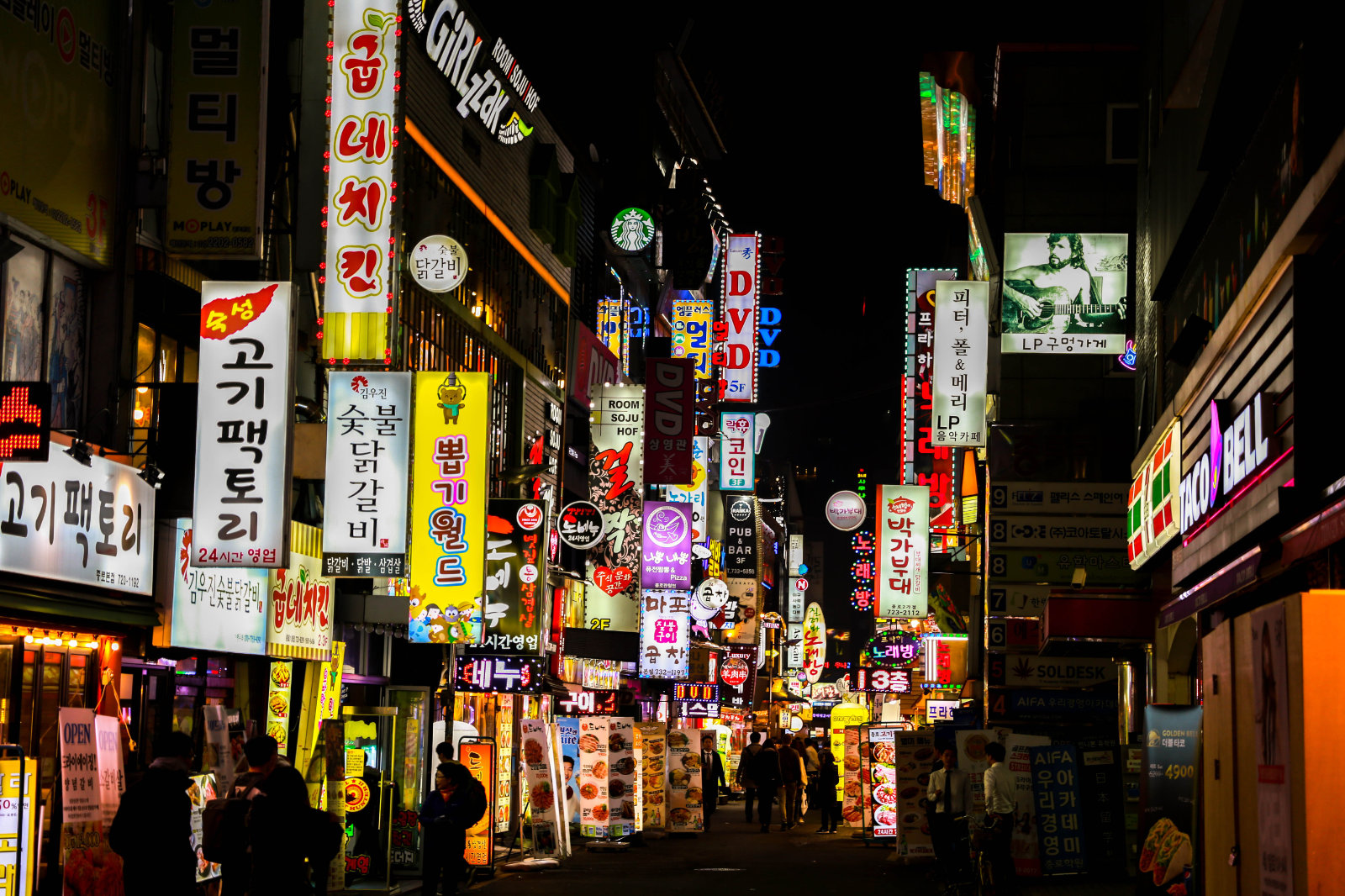 I was twelve when they descended into the alleys where I played with my brother. They called themselves the Enders; back then, we didn’t know what it implied. Tall gleaming creatures with perfect teeth, they seemed made of sun and sky, destined to shed light on our brown-skinned existence, lowly as the earth at night. Awestruck, we buzzed with the minutiae of their lives. “The one named Jason”—my brother said this like “chase on”—“he is from ‘Ohio’”—spoken like the Japanese おはよう.

Though they asked me my name, I saw their eyes go slack like calm oceans as I repeated it. “You can be Janet, like my girl back home,” a kind one said.

I crammed the name in my mouth like a Hershey’s Bar. “Cha-nes.”

They called my brother Sergeant Pepper, joking that they were his “band.” They taught him how to sing, “It’s wonderful to be here/It’s certainly a thrill.” He learned to recite the entire duty roster. Since our parents’ deaths, he was my world. I became “Janet” for him.

The Enders built roads, factories, and buildings, articulating their civilization over acres of claimed territory. Their language seeded in like weeds as we realized we had been speaking wrong all along. We harvested their discards: frizzed out toasters, T-shirts with wisdom like Bob’s Burgers Are the Best in Town and Life Ain’t Worth Livin’ Without A Boat!, faded backpacks stamped with their straight-sky-line alphabet. Our writing crept along the undergrowth in curls and blossoms; theirs reached to the cosmos and weaponized the sun, the stars, even the round and smiling moon. My brother and I tossed a sparkling, bouncing ball they gave us back and forth until it rolled into the road one morning and burst at the seams like a bomb.

Eventually, the Enders gave up on building into the city, content to remain in their neighbourhood. They still interacted with useful locals—men who knew how to unassertively shake hands, women who wore heels that mustered them up to just under the sky army’s arms, children who afforded them a moment of borderless joy. Often, one day’s kids became the men and women of the next. Like us. I worked at a restaurant for Ender clientele, offering hampurgers and nostellgia in maladroit English. I slipped in an army private between my shifts. We met over onnion rings. He was clean-shaven and never paid me, which was enough.

My brother, who went by Sarge, never got over his appreciation of the Enders, graduating from the school of Awe of Them and into the school of Money off Them. When he came home at dawn, he smelled of a thousand varietals of cigarettes. He told me the Enders built whole cities from good Midwestern steel. “You don’t understand, Janet,” he said. “Imagine the technology we’ll have in fifty years!” I swallowed a frown, but I couldn’t express the unsettled quiet in my chest. He said our scaffolded city didn’t approach the high towers of places whose names I could now pronounce: Pittsburgh, Detroit, Cleveland. Had I paid attention to the sinister shadows—“pits,” “destroy,” “cleave”—I would have known the Enders were rapacious for the fresh fruits of our language, our familial wisdom, even the unspoiled wilderness of our culture. They knew how to make a false beginning, but their talents lay in eating. In the downfall of our people, they ate and ate well.

I was nineteen and a half when smog greyed out the sky. The ground lightened like a girl who used whitening cream. The neighbourhood mobilized with speculation. When we went to the Enders and begged for rain, they shot bullets into the sky. These wheeled like beehives and pollinated the earth with pink-magenta blood. Everyone knew this was the colour blood should be.

Pursuant to this, the Enders began shooting every problem. The Ender homeland sent relief aid of various calibres. There were so many guns the Enders started tipping with them, leaving M9s next to the extra bite of bun marooned by their burger patty. A drunken patron shipping out on the next helicopter gave me an M4 carbine. That was a good day. Sometimes I thought myself incapable of another degree of grief. And then I would find it: another lake flooding with jellyfish tendrils of plastic. Another ambitious child who scraped the steel heavens and fell.

At work, I often heard “it’s wonderful to be here” from natives and Enders alike. My private confided to our M4 that he was thinking about leaving me. When he hugged me, his arms felt reinforced, like steel struts. I cried into my pillow and pretended not to hear the clack-clack-clack of the trigger as he used the bathroom. Tips stopped coming, except for hollow bullet casings. The quiet in my heart thickened like polluted water, leaving me poisoned, gasping, weak. Everyone talked about getting out. Even my brother told me he thought he could make a deal. Our arguments ruptured our universe. But I refused to leave our parents’ grief site.

When they opted to End, I almost felt better. Everyone knew this was the way our country should be. They firebombed their base of operations and smote the hamburgers and nostalgia that I served. They redlined our cities, turning water to blood, crimson and merciful like Jesus asked. Helicopters wheeled like camo crows, carrying the Enders to their next civilization.

My brother and I took shelter inside an old shrine. There, in the embrace of ancestors, we waited; to survive, we pressed the fruits of our people to our ignorant mouths. Eventually, the sun, the stars, even the hungry rattling moon departed; all that was left was shadow upon shadow.

The clouds burst like bombs overhead. We felt the groans of hard rain—we closed our eyes and reached for each other’s hands. After years of silence, the relief of our own language crept in. I whispered my brother’s real name.

Maria S. Picone is a Korean American adoptee who won Cream City Review’s 2020 Summer Poetry Prize. She has been published in Ice Floe Press, Bending Genres, Whale Road Review, and more, including Best Small Fictions 2021. She has received grants from Kenyon Review, Lighthouse Writers, GrubStreet, The Watering Hole, SAFTA, The Speakeasy Project, and others. She is the prose editor at Chestnut Review, poetry editor at The Hanok Review, associate editor at Uncharted Mag, and managing editor at Emerge Literary Journal. Her work explores hybridity, social justice, and pop culture. Her website is mariaspicone.com, Twitter @mspicone.