The Smallest Atom in the World
Melissa Yuan-Innes
Fiction
December 7, 2018
Easy
Liam Hogan
Fiction
October 26, 2017
The Barber of Manaus
Gustavo Bondoni
Fiction
June 18, 2018
Intervention
William Delman
Fiction
May 17, 2019
The Inevitablist
David Lee Zweifler
Fiction
January 14, 2022
What can we get you? 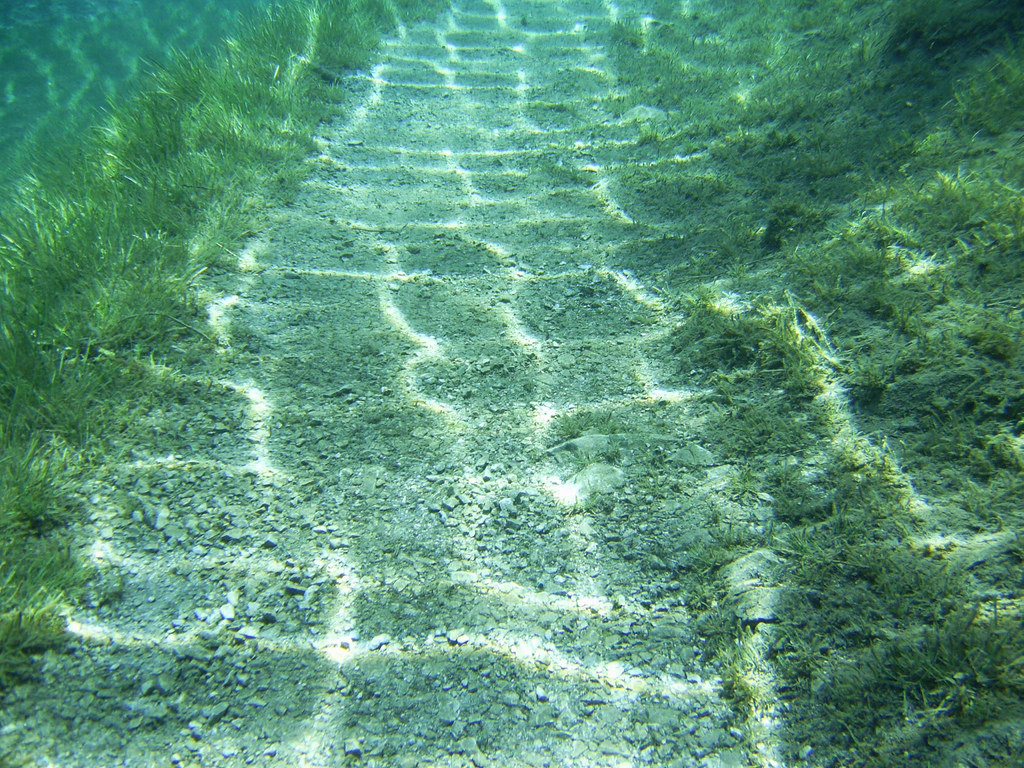 It is a long lazy Irish day, as Irish days can be as June winds down its sails to be relieved on station by July, sun drifting over the horizon, taking forever to make up its mind to dip a toe in the ocean, haze dimming it to a scarlet blush as thoughts of you do likewise to my face. Toward the south, a few of the taller peaks of the Wicklows poke their heads above a fog bank glowing gold with reflected sunset, the sky shades amber to crimson to blue to indigo above us, wind tickles my nose with the warm salt smell of the sea, waves lap against the sides of our little boat, its deck rolls gently under my back, your warm, work-callused hand in mine—it doesn't get better than this, I think, afraid to frighten off my happiness with an ill-chosen word.

You stir as if you read my mind, roll over, reach across me to touch my cheek. Your hair tickles my chest. I feel my face melt into a smile.

"You ever think about the good old days?" you say, then laugh at the face I make.

"Then why does Grandma miss it so?" you say.

"Your grandma had your grandpa then. Her youth, her looks. Her teeth."

"Her house on O'Connell Street," you add, then, breaking into a smile: "Let's dive once more. While there's still light."

I could have argued; there's plenty in the bottom of the boat already: flounder, speared, filleted, and salted; a bucket of conch; items of glass, ceramic, and plastic, intact or not too badly damaged. I could have begged fatigue—but for the breathless tone of your voice, the softness in your eyes, the parting of your lips—none of these ever attended casual requests. The first time you spoke to me in that tone of voice followed the last morning I woke alone.

I don my mask by way of answer, shrug into my scuba gear, and go over the side, backwards. Bubbles rise, sea quiet fills my ears until I hear the splash you make as you appear in the water beside me. You bring your face close to mine; your mouthpiece forces your lips into a clown grin, but your true smile sparkles in your eyes behind the mask.

You jackknife, flip, and swim straight down. I follow.

Old Dublin lies below: its orphaned bridges rising from the mud that buried what had been the River Liffey, the shallow arch of Ha'penny, the deadly spear of the Beckett near the staved-in tilted barrel of the old Convention Centre, churches without count—

I wonder what our families miss the most.

Your grandparents, and mine, stayed in Wicklow after the ocean rose above the highest steeple in Dublin, after the ships took most of the others to new pastures in Greenland and on the Antarctic rim, to the forests marching from the Pacific coast into the heartland of the American Southwest, to hydroelectric farms off Tierra del Fuego. Our people didn't run, my mother said, from the Potato Famine, from Troubles, from the Civil War; they won't run now. Besides, my father said, our poverty protects us. We've hardly anything anyone would want, and what we value is well protected. At that my mother's hand drew to the dagger at her belt, her gaze swept over the crossbows hanging on our walls, the telescopes peering through each window, the rope snaking through a hole in the ceiling to the alarm bell on the roof.

You swim directly for the Ha'penny Bridge. I follow, turning this way and that, but there is no sign of danger. Angelfish and sergeant majors dart this way and that, foraging in the young corals that break straight-line outlines of buildings; stingrays drift slowly, inches above the silt. Off in the distance, a dolphin leaps, reentering the water smooth as a knife, not a bubble rising from its snout. I run my mind over my mental map of the Temple Bar: Farrington's on the corner of Eustace and Essex, the countless other little pubs between it and the colonnaded monstrosity of City Hall, the craft shops lining both sides of the river, rich pickings to be had: old—very old, now!—whisky, imported spirits, nonperishable delicacies (hard salami, particularly, preserved by salt water into rock hardness but giving an incredible whiff of flavour to the blandness of the fish soup we eat seven days a week.) But you bypass them, head straight down Essex. To Grafton? I dove there many mornings while you still slept, hoping to bring you a pretty bauble or three; but found no treasures left unpicked in its jewelry shops, only broken glass and empty boxes scattered like dead bivalves about their floors.

But then you stop, descend the last few inches. Your feet touch the bottom in front of—a pharmacy? My heart flips in my chest. What is it you need, that bone whisperers back in the Wicklows cannot give you?

The pharmacy door is open, has probably been open for years, antibiotics and painkillers looted long ago, but its doorway is narrow, too narrow to enter wearing scuba. You strike the harness release; the scuba falls, raises a cloud of silt that roils to your waist. You grasp the door, brace one leg against the doorjamb, swim through. I wait, stilling my breathing lest I squander the air I may need should you require help. And wait. And wait.

You always could hold your breath longer than I, than anyone we know. When you appear at last I lurch toward you, pulling the air hose and mouthpiece to your face lest you suffer a half second longer than necessary. You crouch, drop the packages you carry, grab and deploy the mouthpiece and take a shuddering breath, then another. I watch until your breathing steadies, than bend to look at what you brought.

We hold hands as we rise. The decompression clock has never run so slow.

It's not much darker when we break the surface than it was when we began. I ease your mask off, catch your mouthpiece as you spit it out; you do the same for me. We kiss, each grasping the side of the boat with one hand, caressing each other with the other, then swim to opposite sides of  the boat and climb on at the same time, keeping it in balance, struggling out of our scubas and tearing off each other's swimsuits—

It is quite dark when we are done, but warmth in the air is even slower to ebb than the twilight. Neither of us is in a hurry to dress. Neither feels any need to speak until the waxing crescent of the moon rises from beneath the sea.

"Someday we'll tell our children about the good old days," you say. "Days like today. What do you think we'll miss, then? What won't be there, that we'll wish there was?"

I turn toward you. "Not this," I say, my lips a hair's breadth from yours, before we are silenced with a kiss. 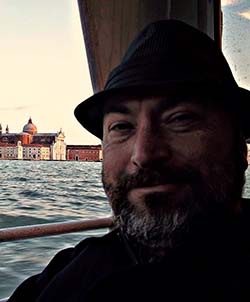 Anatoly Belilovsky is a Russian-American author and translator of speculative fiction. He was born in a city that went through six or seven owners in the last century, all of whom used it to do a lot more than drive to church on Sundays; he is old enough to remember tanks rolling through it on their way to Czechoslovakia in 1968. After being traded to the US for a shipload of grain and a defector to be named later (see wikipedia, Jackson-Vanik amendment), he learned English from Star Trek reruns and went on to become a paediatrician in an area of New York where English is only the fourth most commonly used language. His work appeared or will appear in F&SF, Year’s Best SF #32 (edited by Gardner Dozois,) Grimdark, UFO I, Ideomancer, Nature, Stupefying Stories, Daily SF, Podcastle, StarShipSofa, Genius Loci, Cast of Wonders, and Toasted Cake, among others. He blogs about writing at loldoc.net.