Forward Momentum and a Parallel Toss
AnaMaria Curtis
Fiction
March 11, 2022
The Fisherwoman
Philip Charter
Fiction
February 11, 2022
After Star Trek: The Inner Light
Salik Shah
Poetry
May 20, 2022
I Would Let You Know
Robert Dawson
Poetry
January 11, 2019
The Evac
Thomas Webb
Fiction
April 6, 2018
What can we get you? 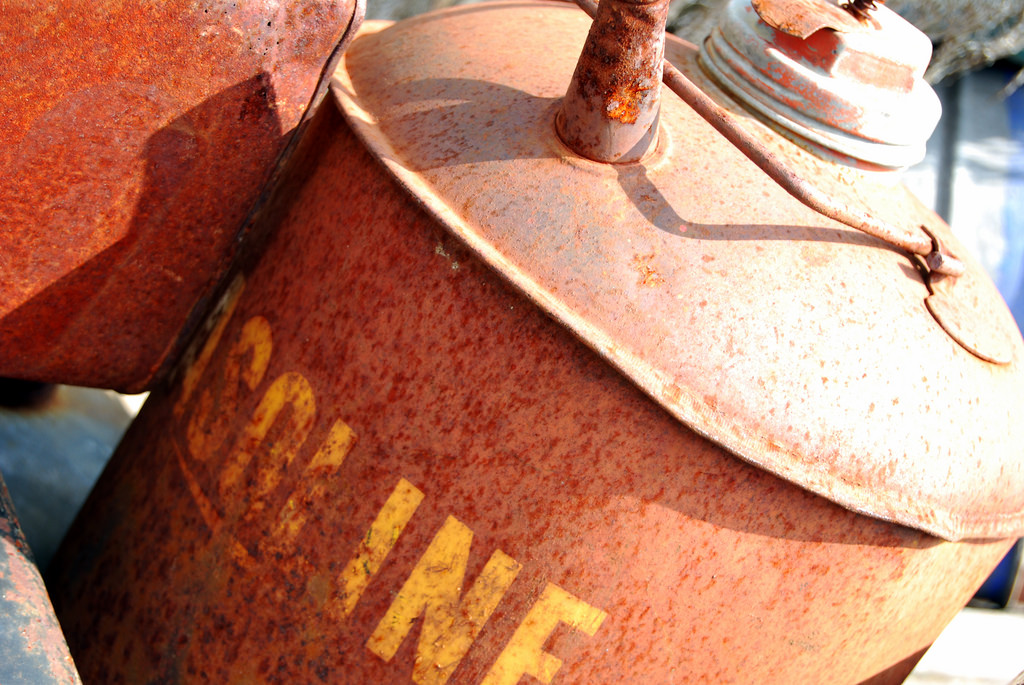 Kennit Martin charged into the playground like a tumbleweed on a mission. "Hey Jeff!” he yelled, still thirty feet away from me. “Steenrud's bought a whole gallon of gasoline!” He gulped air. “I was at the post office when the creeper came! He said he's already put the wheels on!"

I threw my boomerang down by the climbing frame. Across the playground, kids dropped bats and balls, put VR glasses and dolls into backpacks. Our lazy summer afternoon had just come into focus.

Old Mr. Steenrud had the only car in town. Sure, there were some biodiesel tractors and electric carts, and the big cargo creepers that rolled slowly along the rough roads. But those weren't exciting, not like a real old-fashioned car.

It was a Chevrolet, red as blood, and about fifty years old. It lived inside his barn, up on blocks, wheels stacked beside it like giant checkers, and every kid in town was in awe of it. Its speedometer went up to a hundred and fifty miles per hour, ten times as fast as a tractor. Twenty-four hours ... I did the multiplication. Why, in one day, it could go anywhere! Minneapolis, Chicago, Winnipeg ... maybe even Alaska or Oz!

In ones and twos, kids left the playground, all heading past the drugstore toward the Steenrud place. Soon there was nobody left but me and Luther Petersen. "Come on, Luther!" I said. "Bet he gives us all rides!"

"My mom'd kill me, Jeff. She hates cars. She says they're why the climate's in such a mess today."

"You could come and just watch."

"Better not." He turned and walked off towards his home. I felt sorry and relieved and guilty all at the same time: I'd been wondering if being a real friend might mean staying and watching with Luther instead of riding in the car myself, and I didn't think I could do that.

Outside Steenrud's barn, it was almost like the county fair had come early. Not just kids, grownups too. Horses tethered everywhere. People had brought plates of cookies and pitchers of lemonade. Oranges and lemons were big crops around there in those days; now they grow most of them up in Canada. I got a gingersnap and a glass of lemonade, and joined the long line. I thought of putting my VR glasses on while I waited, but didn’t. This was better than any of my games.

Mr. Steenrud was already giving people rides, circling the dirt track around the edge of his big field. I stood there, sipped the thin tart lemonade, and watched. There was no wind. Dust and blue smoke hung in the air, harsh and exciting.

Behind me, Ms. Steenrud was talking to somebody. "Never thought I'd see it again, Angie. Six years back he bought some gasoline from somebody, and next day he was swearing fit to bust. Crap wasn’t gasoline at all, it was some kind of cleaning solvent. Gummed her up so bad it took him three months to fix. He swore, if he couldn't get proper gasoline anymore, he'd just leave her on the blocks. 'Let the old girl rust in peace,' he said. But looks like he's found some. Still won’t tell me what he paid for it." She laughed, but she didn’t sound quite happy.

Finally it was my turn, with the very last group. The car rolled up and stopped where we were waiting, the red paint gleaming in the warm March sun. Up close, you could see where it had been touched up with paint that wasn't so shiny, and the front window was cracked. The doors creaked open, and the other passengers lingered for one last moment, then climbed carefully out. They were a few yards away from the car before they started chattering again.

And then we scrambled in. I'd imagined sitting in front, but Amie Telford got to do that. Paul Hartshorne’s dad got in back, in the middle, one foot straddled on each side of a big bump in the floor; I got one window and Paul had the other. Inside, it smelled of straw and horse manure, like the barn. We closed the doors. Mr. Steenrud turned around with a grin.

"Seatbelts all done up? It's the law!" We fiddled with the awkward metal buckles. He nodded approval. “That’s right, that’s how you do it.”

I reached out to touch a little silver switch on the door. He shook his head.

“Better leave those windows down, the air conditioner hasn’t worked for years.” He grinned and faced forward again.

He pushed on the black steering wheel, and there was a loud honk, just like in the videos. He did something, water squirted onto the front window and two skinny black arms wiped it off again, leaving clean semicircles on the dusty window. The car coughed, and started to make a long, low purr, like a giant cat. And then we started to move.

It felt cooler almost immediately. We went faster and faster. I strained forward to look through the gap between the front seats. The red needle of the speedometer pointed to twenty miles per hour. I couldn’t imagine what a hundred and fifty would be like. We rattled over the bumps in the dirt track, and I was James Bond or Arnold Schwarzenegger or somebody, in an old action video. And we hung out the windows, and pointed our fingers like guns, and felt the wind in our faces, and tried to forget what we'd heard about cars making you sick to your stomach.

We went all round the field twice, and partway round again. Then the engine started to hesitate and stutter and went quiet. The car slowed and stopped.

"Sorry, kids!" said Mr. Steenrud. "Think the gas just ran out." He tried the starter again, but it just coughed. He bent down and did something else, and the red metal lid ahead of the front window jumped a bit. He got out, walked around to the front, and opened it.

We couldn’t see anything with it up, so we climbed out too, and came around to look. Inside, the front of the car was full of strange shapes in shiny metal and black plastic. What he was looking at was a metal gallon can, with a hose rigged to it with a pipe clamp.

He shook the can; there was no sound but the dry whack of the hose against one of the metal parts. “Yep, that’s it. She’s out. Nothing left. Ride’s over.” His voice was quiet, as if we weren’t there and he was talking to himself.

Back by the barn, a bunch of the others had noticed that the car had stopped. A straggle of grownups and kids were on their way across the field to help.

“Something wrong, Bill?” one of the men asked, when they got there.

“No, she’s fine. Just out of gas,” Mr. Steenrud said. He was still smiling, but he looked tired from all the driving, and his eyes were red from the dust.

Gently, he lowered the lid down. It clunked softly into place. Then he climbed back behind the black steering wheel, and closed his door, and we all pushed the car back to the barn, like a parade. 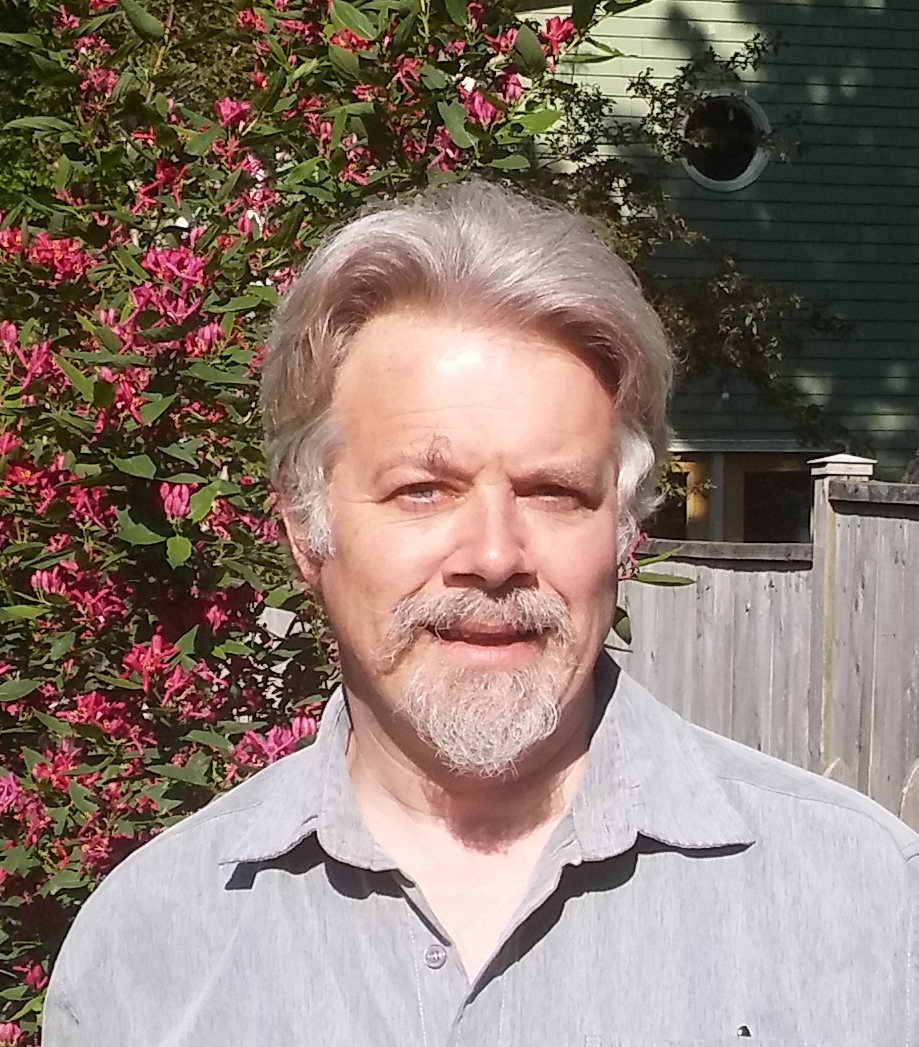 Robert Dawson teaches mathematics at a Nova Scotian university. His stories have appeared in Nature Futures, AE, and numerous other periodicals and anthologies. He's an alumnus of the Sage Hill and Viable Paradise writing workshops.