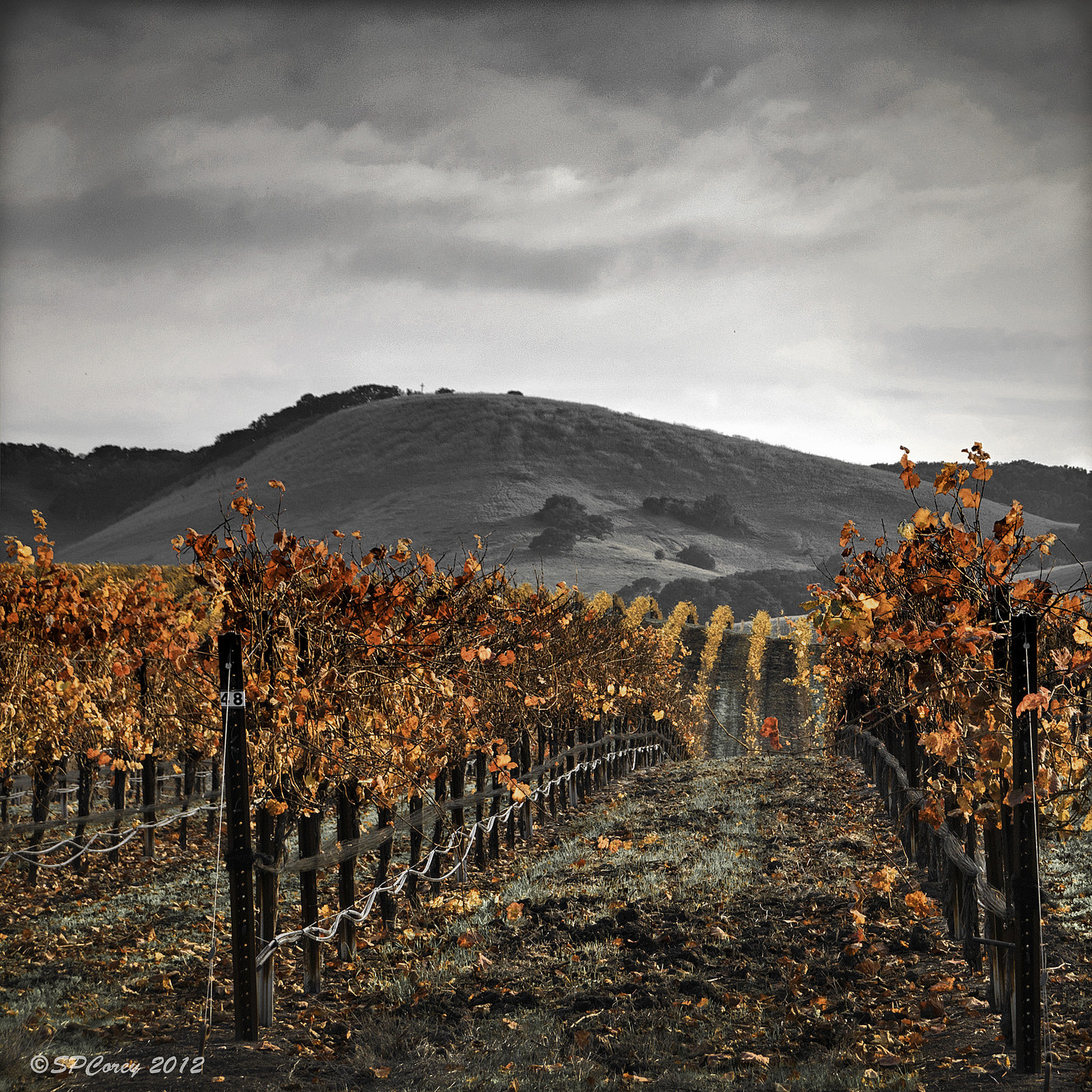 People love wine. We don’t just drink it; we share it, pair it with food, and toast occasions with it. We study it, taste it, and write books and articles about it. A nice bottle of wine is a foolproof hostess gift; a slightly nicer one, a go-to retirement or wedding present. At some point during its long history, wine became something more than just a bottled beverage made of fermented fruit; it occupies a cherished place in human culture.

In fact, so much cultural baggage has accumulated around wine that we don’t always think, in simple terms, of what it is and where it comes from. When we drink it, we don’t always picture grapes ripening in the sun, roots growing in the soil, or vines painstakingly tended by human hands. Yet subconsciously, we know all of that is there, expressed, however subtly, in the liquid in our glass.

The thought got me wondering: Wouldn’t wine, with its humble agricultural origins and complex cultural penumbra, provide an ideal climate change case study? And perhaps, a way to sidestep the politicization of the data and of the entire debate? What better lens through which to examine the potential impact that warming trends, extreme storms, and shifting seasons may have on farming than to look at the effect on the craft of winemaking?

“People forget that wine is an agricultural product,” Morgan Pruitt, of Tarry Wine Merchants in Port Chester NY, agreed when I mentioned it to him. Pruitt put me in touch with Robert Mackin, who owns Artisan Wines, an importer and distributor of Canadian wines amongst others. I reached out to Robert with some preconceived notions in mind: I imagined stories of family vineyards where changes in the timing of the harvest, for example, have been observed first-hand over generations.

The picture he painted wasn’t so simple. He didn’t, he surprised me by saying, know of many multi-generational, family-owned vineyards—but that in itself may be down to warming trends.

“As far as several generations in the business in Niagara or Prince Edward County? There may be some growers that fit that description, but most of the wineries are not that old.”

Today’s growers in those regions, he explained, plant Vinifera, a varietal that a couple of decades ago would not have survived there. “It was only a little over twenty years ago that the ‘modern era’ began,” Mackin told me. “What that means, to me anyway, is that the reliance on the winter-hardy hybrid varieties—grown for more than a century in Ontario—was dropped in favour of these Vinifera varieties. For example, Seyval Blanc ripped out or grafted over to Chardonnay or Pinot Noir.”

In other words, Mackin says, “As an importer, I see the warmer winters as a reason why a Vinifera-based industry exists at all in Ontario. Most believe that overall global warming accounts for the winters being less harsh—enough that Vinifera can survive without freezing to the ground.”

Meanwhile, a hotter and drier climate in California has resulted in fewer growers there that produce the kinds of wines Mackin wants to import. “If I want to work with wines that express the characteristics that I find attractive, such as balance, restraint, lower alcohol, aroma, and complexity over power, I’ve had to look increasingly to more northern, cooler climes,” he says. “We have only one California winery these days when twenty years ago, we worked with two dozen.”

All of that sounds basically manageable. But for Mackin, the challenges can be summed up in one word: uncertainty. “Last year the growing season in Ontario was hot and dry, this year it’s cold and rainy. So climate change means more of a disruption of heretofore basic expectations about what a ‘normal’ growing season really means,” he explained. Bottom line: “It’s not a linear phenomenon. It’s complicated and very uncertain what climate change will mean to wine in the coming decades.”

Deborah Gray, a consultant to the wine industry and wine business instructor at San Diego State University, echoed those concerns, and sounded a more skeptical note. “I do worry about the future of many growing businesses around the world,” she told me via email. Even some of the most esteemed and venerable wines have already seen the effects, she said.

“Bordeaux, arguably one of the preeminent wine regions in the world, is already picking two weeks ahead of historic schedules and predicted to be thirty days ahead by the end of the century,” Gray said. “This may sound innocuous if you just consider picking schedules, but Bordeaux’s wines are iconic, with the nuance, balance, flavour, and layers one expects in great wines, evocative of the region and commanding the highest prices upon release.”

This trend for early harvest could affect the quality of the wines and also their prices—no small thing in the case of Bordeaux, since the quality of some Bordeaux wines is so reliable that investors buy them en primeur—that is, just at the time of release, when the wines won’t be ready to drink for years. “What climate change does to wines like Bordeaux is make them ripen sooner, and with higher sugars you get higher alcohol at vinification.” Simply picking earlier won’t solve this: reliability of the product is key to investor confidence, so any change in production could lead to market instability.

The effect on the wine’s value, and the market overall, could be severe. “What makes Bordeaux an appealing wine for investors and collectors is the guarantee of certain flavour profiles and a certain level of quality. Some years are greater than others, but within a certain predictable range, Bordeaux is reliable, and that keeps its value high. Instability, unpredictability, inconsistent quality—all these are significant possible threats to that market system,” said Gray.

But market concerns are just the beginning. Appreciating wine is a subtle, many-faceted art. For example, there’s the concept of terroir, which in viniculture refers to the way the character of a particular region—the climate, topography, minerals in the soil, and so on—is expressed in the taste of the wine. It’s an extremely nuanced concept, and climate change is certain to affect it. Gray gave me examples: “Shiraz is particularly known for its peppery, spicy qualities—it differs from region to region, but there is a recognizable note in Shiraz that will be flattened out and made flabbier by climate change, perhaps disappear altogether. Other wines will be similarly affected, just in different aspects.”

She continued: “Factors such as Ph, phenolics, sugars, alcohol, acidity, linalol, and many other chemical and natural reactions will be affected to the extent that entirely different characteristics will become apparent in a wine than were there before, such as overripe fruit, figs, and coconut. Acidity will be reduced or removed from wine since it’s much more apparent in cooler, or less warm, climates. Without it you have different ageing ability, poorer balance, and a less favourable food wine, among other things.”

Then there’s the practical matter of the harvest itself—the agricultural workings of a vineyard, which is what drew me to this story to begin with. In addition to the earlier picking times, superstorms can damage vines, floods can lead to mildew, and droughts can cause leaf necrosis. All this will result in reduced yields that could drive smaller growers out of business.

Growers will also have to deal with unpredictable rainfall. “Too much unregulated water can be catastrophic to grape growing,” Gray told me. “Some of the best vineyards in the world are not irrigated, so that the vine is stressed: the roots have to go deeper and establish themselves, and the fruit is much more concentrated. If it gets too much water it is diluted, and exhibits none of the characteristics that define wine from vineyards that produce fine or differentiated wines.”

Conversely, bulk wine producers rely on irrigation, she explains. “Gallo, Barefoot, et cetera—they all use lots of irrigation to pump up the fruit and increase the yield, hence the lower price. “Water deficits will occur, resulting in reduced yields that are not only undesirable but economically unsustainable. The issue with climate change is the disruption of patterns, so it could mean too much or too little water in places where this has not been previously factored into viticulture.”

In other words, the weather doesn’t just affect the logistics of the harvest: the average wine buyer may see a significant drop in the quality of what is available as a result.

So how will growers cope?

“As regards European wines, my educated guess is that appellations in hilly areas will be more successful in negotiating climate change,” Mackin told me. “Italy for example has most of their vines planted in areas that, if things grow too warm, they can plant at higher elevations. Or, as with Barolo and Barbaresco for example, prime sites once uniformly south or southwest exposed will migrate to eastern exposures where the vineyards get morning sun but don’t bake in the hot, mid to late afternoon sun.”

It’s not all bad news, Gray agreed: “Some regions that hadn’t had a viable wine industry, like England, are now enjoying an expansion and a much-elevated quality level of wine, especially sparkling wine.” But sparkling wines require a cool climate to develop the proper acidity; if temperatures rise too much, the negatives will offset the positives.

For the average vineyard just trying to adjust, Gray ran through a laundry list of expensive and uncertain methods growers might be forced to undertake: finding new irrigation sources; finding or creating new, resilient varieties; moving to higher elevations; picking earlier, which will almost certainly change the character of their wines.

Both experts I spoke to lamented the lack of clear information for growers. Mackin recalls a map published in Wine Spectator—considered at that time to be a biased promoter of the California wine industry, he tells me—that projected the death of the industry in that state due to rising temperatures and water restrictions. “With the exception of tiny coastal pockets and tiny higher elevation sites in mountainous areas, California was basically off the map!”

“I wish I saved a copy,” he says now. That kind of unbiased reporting, geared to the trade, is hard to find these days in his opinion. Too many competing agendas cloud the picture now, just when hard data, interpreted with clarity and precision, would help growers and importers alike.

In parting, Mackin dealt a final blow to my narrative of wine as the perfect agricultural test case to examine the impact of climate change. “Sadly,” he told me, “too much ‘product’ masquerading as wine—rather than the grape-based fermented beverages they really are—isn’t really that strongly tied to agriculture and climate. A lot of manipulations—chemical, physical, et cetera—are going on that the consumer isn’t aware of.”

“If you only saw the crazy concoctions I have been offered to distribute—coming mostly out of hot climate areas like California’s central valley—such as a syrah-based blend aged in Bourbon barrels. When the taste of the grapes is so disguised like this, it doesn’t matter what the climate is like. I expect to see such things increasing, as scary as that is to a real wine aficionado. Some of the hotter areas will have no choice but to do this in order to survive.”

Whatever the reality, growers and importers will no doubt cope. Still, if warming trends continue, there may be troubling times ahead for wine collectors, importers, growers, aficionados, and the average Joe who just wants a glass with dinner now and then.

Please fund more great features like this by joining us on Patreon. 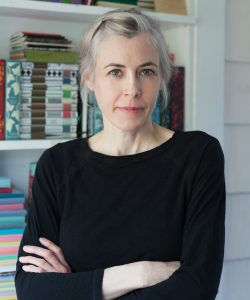 Lara Kristin Herndon is an author and freelance writer whose byline has appeared in O, The Oprah Magazine, Entrepreneur, The Reader’s Digest, Wired, Metropolis, Think, Architecture Boston, BuzzFeed, and many other publications. Her short fiction has appeared in Silver Blade and The WiFiles. She is represented by the Emma Sweeney Agency.