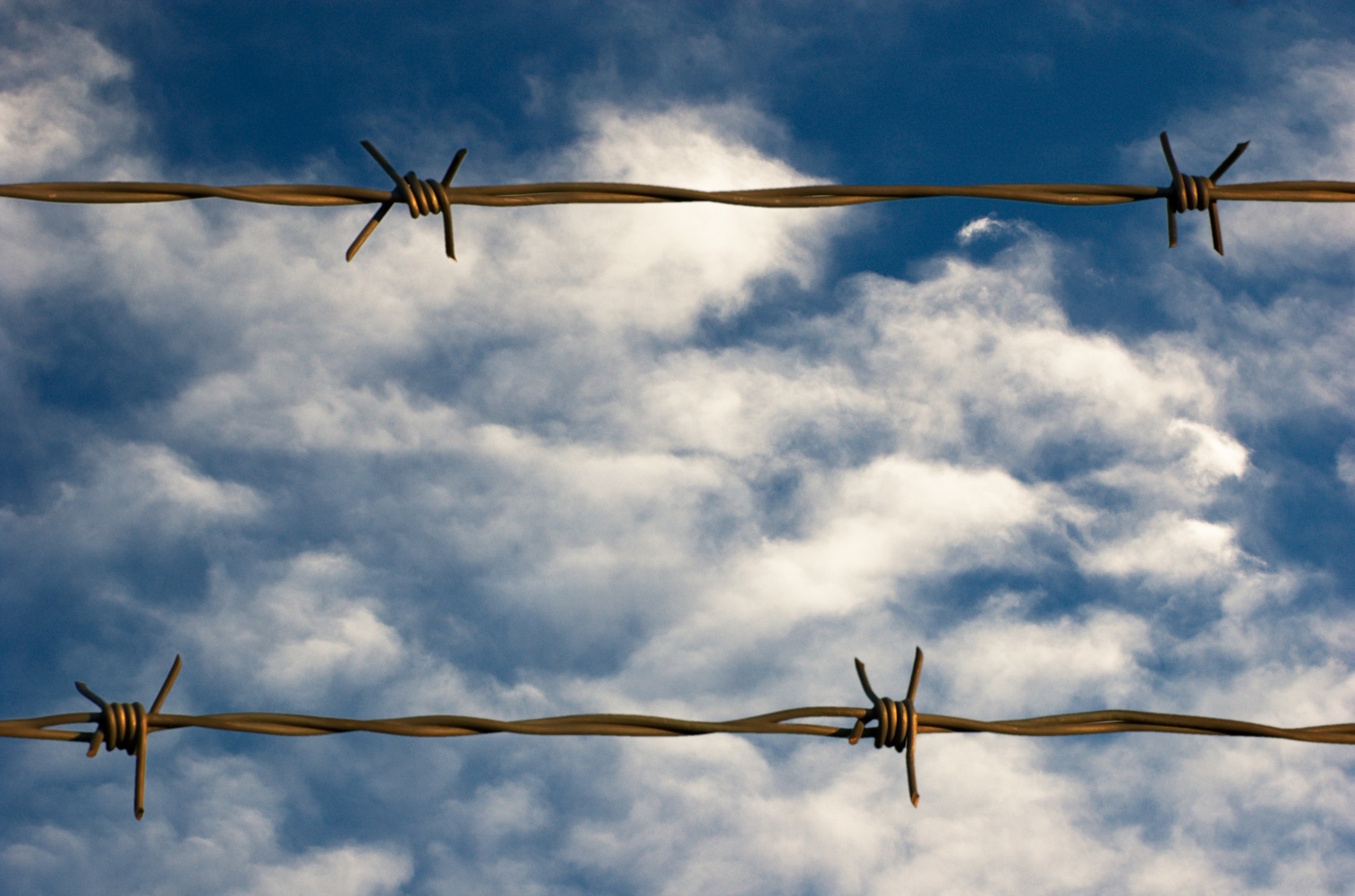 It shouldn’t feel like the end of the world.

Drew paid for his morning coffee and paper mechanically; held them numbly. He did not count his change. He slogged down the stairs of the Metro, forcing himself to go to work.

Work? That elicited a bitter laugh. His occupation was already obsolete. Physicists and rocket scientists were replacing him. I’ll be out of the work I love before noon today. Oh, I’ll have a job, as a figurehead ...

He hesitated on the stairs. Oblivious to the elbows and shoulders that pushed past him, he leaned against an exoplanet colonization ad, steeling himself for the effort. He had to go in to work today. They were expecting him. He trudged down and down, his expression funereal. The subway car was waiting for him; doors slid shut behind him with a flat chime.

Glancing at his paper, he bitterly noted the so-appropriate headline: NEW DAY DAWNS! A cursory glance at the lead story and he saw it wasn’t about his group this time. The press had lost interest in the Tropos. Old news. He doubted the local cell would be protesting on the sidewalk outside his office anymore. It had been a good backdrop for the press, but the band of meteorologists at the National Weather Service were not the enemy.

It was his stop. Drew exited the Metro and was carried along the sidewalk by the salmon-spawn rush of commuters. He shook his head. We lost in court. Oh sure, now we can tame the deserts and the poles. We can stop people from getting killed in hurricanes and typhoons. It’s still wrong. He sipped at his coffee, but it did nothing to wake him from today’s nightmare.

We tried religious arguments; we tried ecological arguments And that was the same thing, to some of us. But we failed. It would be hard to articulate why he’d joined the fight. People who did not know him well thought he was worried about his career. But to Drew, against all reason, somehow global climate control just seemed wrong.

The throng of commuters piled up at an intersection, and he scratched at his jaw, realizing he’d forgotten to shave. Weather can be dangerous, but it has an untamed rhythm, a wilderness feel to it. Now all that will be gone. The coffee cup landed absently in a trash bin. Sort of like a tiger. Even if you could domesticate a tiger, what do you have when you're done with it? It isn't really a tiger any more. Is it?

There was his office. And a crowd of Tropos still milled around in front of it.

Most of the subgroups were still represented: a scattering of angry students carrying Government + Weather = 2muchPower signs; that rougher crowd with obscene banners like Don’t Screw Mother Nature! whose leather-clad leader, Rollie, had a tendency to pace; the older folks with their Fake Clouds Have No Silver Linings! The most popular sign, the Tropos’ official slogan (Save the Troposphere!) was scattered throughout them all.

A few friends waved and they started to part to let him through. But did he even want to go upstairs?

Then time froze as he noticed a new slogan, one that acknowledged the loss. A slight, dark, twenty-something woman held aloft her sign listlessly. It read, simply, Free the Sky.

His head swam, and he leaned against the building. Free the sky. That’s it. That’s exactly how I feel. Exactly.

He touched his talk button to tell the boss he’d be late. Hell, he could call in sick today and no one would care.

She'd been looking at the sky, and her head turned at the sound of his voice. Her tears broke his heart. Drew wondered, with a pang of recognition, if his eyes were as haunted.

Her quiet response was to look up again, between the buildings, drawing his attention to the splendor of a passing cloud. It was the look you’d give to a dying lover, where not a detail was missed. A primal stab of anguish kicked his soul.

All things, when threatened, have an immense beauty that we miss in the everyday. Where had he read that? Well, it was true. He checked the time. Nine forty-five in the morning. Just over an hour and a half to go.

“My name’s Drew. I’m a meteorologist, and I didn’t want this either. What’s your name?”

Someone tapped his arm. It was Rollie, with a warning look in his eye. “That’s my cousin, Yelena. She doesn’t talk, ’cept with her hands.” Rollie pulled him aside. In an undertone he added, “Go easy on her—this is tearin’ her up.”

Drew nodded. “I just want to watch the sky.”

Something about the way Drew answered must’ve connected, because Rollie softened. “That’s fine. We’re all doin’ that today.” He patted Drew on the back and resumed his pacing.

Yelena’s sign slipped and Drew reached over to help her steady it while they both drank in the heavens.

Eleven twenty-seven. In a minute the force field would surround the Earth as it linked from satellite to satellite. A warmer breeze caressed his face and he blinked back a tear. Without realizing it, he was holding Yelena’s hand, wishing he could stop this, wishing—

The sky barely flashed—and its magic was suddenly stilled. Subtle changes deformed the morning. A slow, rolling regrouping of streaming clouds that had started as fluffy cumulus were flattened into cigar shapes, spaced at regular intervals. The color was somehow off, and the atmosphere emitted a light breeze that was steady and lukewarm.

It was an alien sky.

The crowd of protesters deflated. A few passersby looked up, or flinched—a man who had exited the building only a moment before instinctively ducked and looked around, puzzled. Startling Drew, Yelena dropped her sign and buried her head on his shoulder, silently weeping as he held her. But the average person walked by, oblivious, and the weary protest began to break up.

And suddenly, Drew couldn’t bear to be outside any more.

“You want some coffee?” was the best he could offer the weeping girl in his arms. She looked up at him, her clouded eyes turned startling blue with her tears. She nodded.

Drew stepped over her sign but she picked it up and hugged it to herself, unable to leave it behind. Over her shoulder, Drew’s eyes connected with her dejected cousin. Go ahead, that look seemed to say, Do what you can for her.

They entered the building and his ID got them down into the company café. No windows in the basement. The two coffees he’d purchased sat untouched near them. Other than a few strange looks at her sign, they were left alone at a corner table.

Drew reached across the table to hold the silent girl’s hands. As she gripped his fingers her tears started anew.

“What can I say? I felt like magic died out there, like humanity killed something important, and they never even noticed. But you get it, don’t you?” It was a rhetorical question. “I just wish there was something we could do.”

Her eyes flew open and she pulled her hands from his. Yelena fumbled in her pockets.

She pushed a tattered letter across the table, eyes pleading. He read it and began to understand. She’d been denied passage to one of the frontier colony worlds.

“Why wouldn’t they let you go? You seem young and healthy. Was it your voice?” She shook her head no, vigorously, turning over the letter to show a crumpled official form. She smoothed it out and pointed to an underlined sentence: “Denied under clause NW14B, section 5 due to lack of useful skills or sponsoring skilled relatives wishing passage.” While he’d been reading she’d scribbled a note on a napkin and slid it across the table.

He looked into her eyes and saw an alternative to a dead job on a dead world. He saw a place where the elements were still wild.

A place where the sky was still free.

Wendy S. Delmater is the author of Confessions of a Female Safety Engineer, and the Better Dating Through Engineering series. She has been editor of the Hugo-nominated magazine, Abyss & Apex, since 2006. She is also the editor of The Best of Abyss & Apex, Volumes 1 and 2. Wendy’s recent publication credits include short stories and poetry in The Singularity magazine, Star *Line, Illumen, and The Silver Blade.