The Prince of Svalbard: A Saga of the Thaw
Louis Evans
Fiction
August 20, 2021
The Last Stand
Christoph Weber
Fiction
December 27, 2019
After Star Trek: The Inner Light
Salik Shah
Poetry
May 20, 2022
Arkushanangarushashutu
Micah Hyatt
Fiction
April 5, 2019
The Knells of Agassiz
Holly Schofield
Fiction
February 28, 2020
What can we get you? 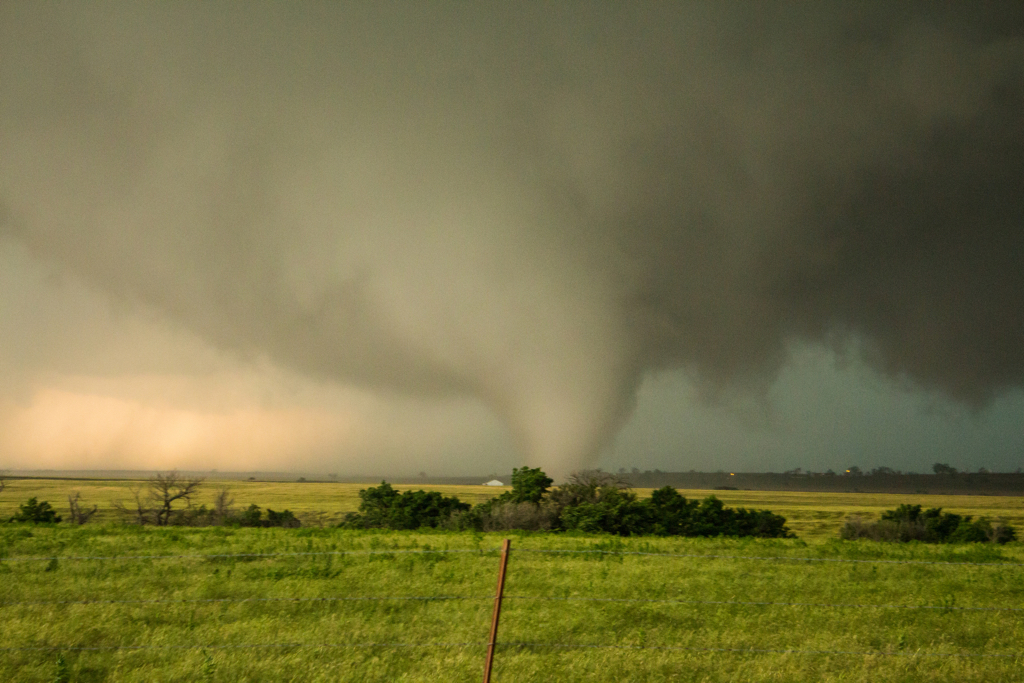 Cara thumbed off the launcher’s safety, wishing she could as easily shut down the monster-sized butterflies bouncing around in her belly. Though not her first time in the field, it was her first time leading a team she’d built herself. It was also her first time firing live chill-mines in the field. She’d done it countless times in the wind generator, but this was different. The guy who’d invigilated her practical exam had given her a perfect score, adding a written comment that she’d clearly had plenty of field experience.

That was true. Her father had been taking her out in the field since her sixteenth birthday. Up until eight months ago she’d been his go-to support, filling whatever slot needed filling most. Experienced storm chasers were almost as rare as unicorns, he’d said. She believed him now. One of her field team had only one tornado kill, two others only three. And then there was Uncle Steve. Her honourary uncle had maybe half the encounters she’d had, despite working the job for ten years longer.

“Calgary Control confirms us good for go,” Julia shouted from the front passenger seat, radio mic in hand. “The kill is ours.”

Cara swallowed, wishing her nervousness was edged with excitement. She should be exultant from being awarded the kill. Her share of the prize money would pay off all the equipment loans Dad had left behind. Instead, she felt only anticipatory dread. Miss this first kill and it would be tough as hell to win a shot at the next one. If she botched this she would kick everyone out of the van and make a beeline for the heart of another cyclone. Screw the damned insurance company. And the bank. They’d get nothing more from her or from what was left of her family.

“I make it one point four kilometres to the edge of the debris cloud,” Davinder called from the radar station. “It’s a big one, Cara. Timing your shield drop is gonna be tough.” Cara nodded. Her powered body armour would protect her from the little stuff, but it wouldn’t keep her from getting swept away by a loose roof or a horse trailer the way the anti-gravity shielding would. She flicked a glance at Uncle Steve, grateful to have him along on her first hunt. He tapped the three-sixty monitor perched on his head with a scarred forefinger and gave her a saucy wink. Dad had trusted him with his life dozens of times, and hadn’t had time to realize the mistake he’d made in not having Steve on the road with him on that horrible day. Cara would never—never—run a shield again.

“Drop me four hundred metres from the edge of the debris cloud, then clear the hell out,” Cara said, snapping her visor down and spinning up the grav shield’s motor. She’d watched Gavin load the launcher feed as carefully as he was now threading the van through the destruction in the storm’s vicinity; she knew it was a good load. Her heads-up display scrolled through the start-up checklist, the distance to the eighty-five-metre funnel and its accompanying six-hundred-metre debris cloud racing downward. She nodded to Steve to take control of the shield once it hit full charge, drawing some comfort from knowing he’d be running it for her.

Then came the moment they’d all been waiting for: Randi threw open the van door and Cara was out, clomping at top speed for one of the nastiest tornados she’d ever seen. The towering storm cell pressed down from the heavens, crushing daylight into false twilight. Debris stretched across her entire field of vision, obscuring everything in a dirty haze and rendering invisible the funnel cloud she knew must be at its heart. She wouldn’t know the final numbers until all the buoy data was in, but the wind speed her suit registered said the kill should be a ten million dollar payout, minimum. It was a bargain for the insurance consortium that would pay out billions in claims if it weren’t for idiots like her. Prize money on an EF5-rated storm like this was what every chaser dreamed of, so there were plenty of idiots to choose from.

The twister’s roar, muffled by the suit’s noise dampeners, was a vicious growl that urged her adrenaline higher. The anti-grav shield just beyond her reach did its job, vapourizing the little bits of flotsam and deflecting the larger chunks. A concrete block bounced off to her right, the shield barely rippling in response to the impact just as visibility soured down to nil. A double-pause-single-pause-triple blink brought down the visor’s cover and she made the mental switch to running in the dark, trusting Davinder to guide her out of the path of anything big enough to crush her.

Despite the countless hours she’d spent training in the suit, she was starting to tire, her thighs burning with the effort of pushing against five-hundred-kph winds. The moan of the mechanical assist servos pitched up another notch as they went into overdrive. Her forward momentum slowed, so she strained harder. Her universe constricted to the deep-throated storm howl beneath the pounding of her pulse, the pinging of the shield, whining of stressed motors, and the steadily decreasing distance to the designated firing position glaring red above her right eye.

“Back off on the gas, boss,” Randi said, startling her. “Your heart rate is climbing above one twenty and we need you steady when you get there.” Cara complied, though she wasn’t sure that slowing down would slow her pulse any. It was just her out here—the mine launcher mounted on her powered suit’s right shoulder, and the hopes of her team riding on her left. She chopped off that train of thought. She didn’t want to think about who else’s hopes and nightmares were pinned on her.

Cara trudged on for what felt like hours, though only minutes had passed according to her HUD. Ten steps. Five. She couldn’t guess how many times she’d pictured this moment, how many times she’d tried to guess what she would feel. In none of those scenarios had she pictured the seething, frothing rage that roared up to wrap around her core, suffocating the little girl who wanted her daddy to come home from work just one more time, deafening her to the sound of nature’s wrath a bare metre away. She railed against God for creating things like tornados, and corporate oligarchs who didn’t care that global warming made monsters like this possible—even here where only fifty years ago EF1 storms had caused endless discussion and gasps of surprise. Her hands rattled in the suit gloves, desperate to wrap themselves around the neck of the insurance adjuster who’d refused to pay out death benefits because she’d been operating her father’s shield. Family members weren’t allowed to, licensed or not.

“Boss, you’re clear to fire. I repeat, clear to fire.” Uncle Steve’s voice carried a note of buried fear and it brought her back to herself. Cara swallowed that rage, letting the blurred edges of her vision block out everything but the ever-shifting crosshairs surrounding the funnel. She squinted, lined up the shot, sucked in a breath, and fired the first mine. It hit the ground and tethered itself as intended, but she didn’t notice—she was already on the third shot. In less than fifteen seconds she’d laid all ten mines, pivoting on her heel as her shield shimmered back into place. Thirty seconds later she was out of the kill zone, the shriek of the mines’ intakes easing with every step. Randi streamed a vid feed to her HUD of the mines in action, sucking in the warm ground air, condensing and freezing the CO2, then blasting it out in focussed streams around the funnel. She should have felt satisfaction when the wind’s roar faded beyond her hearing and the frenzied sparkling of her bombarded shield smoothed away to almost nothing.

Cara tuned out the whooping and hollering coming in over her speaker. The prize money would make them happy, might even hook them to the chase for the rest of their lives. Maybe they’d become like Dad, searching for that next EF5 payoff until it killed them. Not her, though. She was done. She didn’t even look up and shake a fist at the sky in victory. 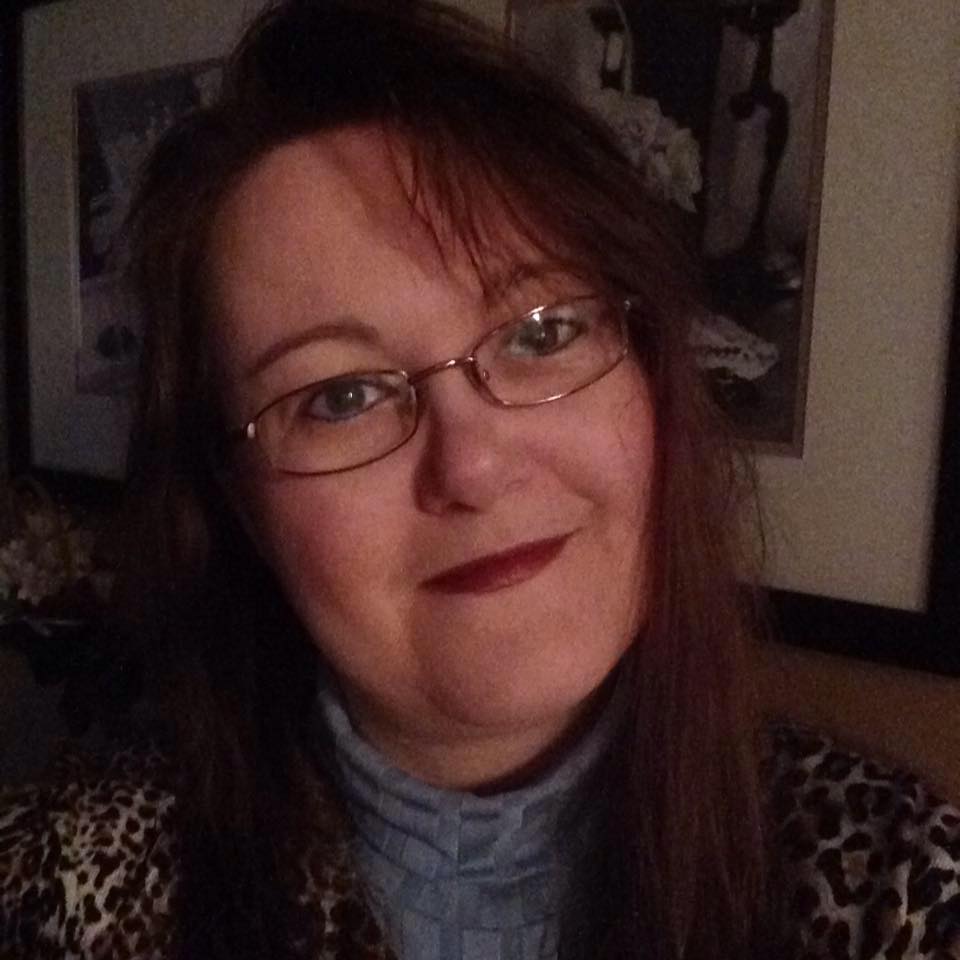 Charlotte H. Lee lives in British Columbia, Canada and has been writing for fun since her teen years. She is a retired accountant with two grown children who have inherited her love of storytelling. Charlotte’s stories have appeared in Metaphorosis, Kzine, The Lorelei Signal, and others.