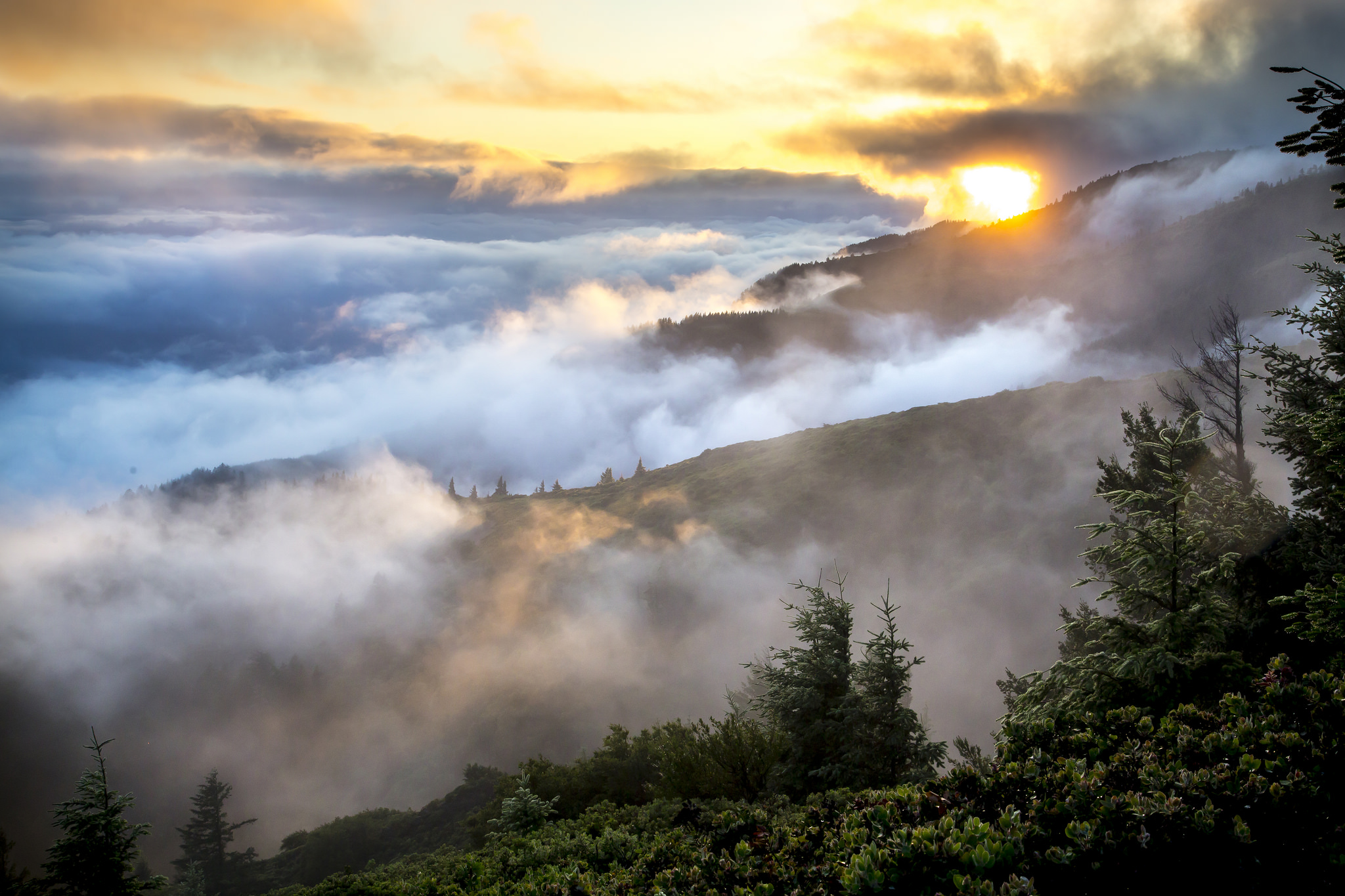 Return of the Wild

The future needs reimagining in light of the current ecological crisis. Untrammelled development and unthinking modernisation seem insufficient in the face of disaster, and there’s a desperate need for a post-human-centred worldview.

The Wild Futures concept imagines a future with extensive ecological, social, and cultural restoration. It attempts to picture what a long-lived, truly sustainable global civilisation would look like. It also rejects narrow anthropocentrism by factoring in the needs of the rest of the biosphere.

This project is in part a mythological one. Ursula Le Guin was right to conjecture that prophecy is a response to our thoughts and dreams as opposed to an authentic vision of the future.1 Nonetheless, myths can illustrate paths for action, and as such have power.

The idea for Wild Futures comes from a 1994 anthology edited by SF author Kim Stanley Robinson. Future Primitive: The New Ecotopias explored futures with a rewilded Earth where ancient modes of life had been reinvented.

The term Future Primitive originated with the Japanese poet Nanao Sakaki. Sakaki was interested in bioregionalism and his artistic movement sought a primary identity in a renewed relationship with the land.2 Today the word “primitive” is problematic, hence Wild Futures as an alternative designation.

Might the mythic agenda represented by Wild Futures point the way to a practical reinvention of the future? Two concepts in particular leap out. The first is rewilding, the second is the idea that modern cultures might learn from nonmodern ones.

The term “rewilding” was coined by the conservationist Dave Forman and has since been adopted by writers like George Monbiot.3 It refers to attempts to restore wilderness areas, natural processes, and species that have become locally extinct. Monbiot advocates the extensive reforestation of the north of Britain, the restoration of ocean biodiversity, and the reintroduction of apex predators like the wolf and the lynx.

He sees predator and large herbivore reintroduction as especially crucial because their presence tends to set off trophic cascades, which in some cases have “changed not only the ecosystem but also the nature of the soil, the behaviour of rivers, the chemistry of the oceans, and even the composition of the atmosphere.”4 Seen in this light, the preservation of maximal biodiversity is an urgent necessity and not a luxury option.

The most ambitious plan leaves half the Earth to the natural world, as proposed by biologist Edward O. Wilson. Wilson advances that this might be the only way to preserve essential biodiversity and stave off the sixth mass extinction: with one half of the Earth preserved then fully eighty percent of existing species might be saved.5

How to rewild the planet

Two possible pathways lead to Half Earth. The first is rapid urbanisation, proposed by Stewart Brand, Kim Stanley Robinson, and the Ecomodern movement. In this concept, cities become population sinks, with mass migration to urban centres leaving an empty countryside that might be rewilded.6

To an extent, this process is already happening as young people abandon the small farms of their ancestors and enter cities seeking economic prosperity in a cash economy. Currently, about half of the Earth’s population is urban and overall this proportion is growing.7

There are a number of problems, however, pointed out by writers like Chris Smaje and George Monbiot. The critics claim that the sort of urbanisation favoured by the ecomodernists represents a new variety of enclosure, where the poor are herded into low-wage urban jobs while rural land is bought up by the rich.

It’s also unclear whether urban living can be made sustainable over the long term. Some recent data indicates higher than average consumption in developing-world megacities, while claims that high-technology societies can decouple from natural cycles seem mistaken. Strategies like urban farming, decarbonisation, smart grids, a reduction or elimination of meat and dairy consumption, and minimising suburban sprawl might help.8,9 A lot will depend upon urban planning and design, as well as political and economic policy.

The critics of the urbanisation solution recommend instead a small farm future. Chis Smaje’s alternative scenario is the supersedure state, with an urban core of declining power and a semiautonomous periphery. He suggests that small-scale peasant farming might become a dominant mode of living on the periphery. It is not too difficult to imagine piecemeal rewilding occurring in such a future, but it’s more challenging to imagine large-scale projects.

These critiques show that rewilding must be a democratic and not an elite project. One solution might be to hold the wilderness areas as public trusts, reconceptualising rewilding in terms of wildlife corridors.10

However, there seems no reason why small, biodiverse farms cannot be promoted alongside truly sustainable urbanisation projects. Extensive rewilding would probably require both top-down, large-scale and bottom-up, small-scale, local solutions.

Rewilding should primarily serve the needs of the larger mammals and the biosphere. Too much of the writing in this area still neglects this perspective, placing human requirements at the centre. This shows the need for a postanthropocentric, perhaps Gaian worldview that places human beings in a wider context, ending the tacit conflict between human needs and biospheric health.11

The contribution of traditional cultures

The idea that modernised cultures might learn from nonmodern ones remains controversial. Indigenous peoples worldwide are still treated with great brutality, violence, and oppression. Any white European writing about this subject must face their colonial past, issues of cultural appropriation, inappropriate Romanticisation, and simple misunderstanding.

Wade Davis, for example, rejects suggestions that modern cultures might come to emulate nonmodern ones. Instead he advocates that a study of indigenous cultures might “enrich our understanding of human nature and just possibly liberate ourselves from cultural myopia.”

An example of this perceptual widening comes from the writings of Helena Norberg-Lodge, who studied the Ladakhi people in the 1960s. In Ladakh, amongst small-scale peasant farmers, she “had the privilege to experience another, saner way of life and see [her] culture from the outside.”12 She noted a significantly higher level of wellbeing amongst the Ladakhi people than in her own country: “I have never met people who seem so healthy, emotionally, so secure as the Ladakhis.” She also reported indications that the Ladakhis have a “larger sense of self” connected to their close ties to their land and their close kinship relations.13

Although largely anecdotal, reports like Norberg-Lodge’s tantalise in the context of a modern, capitalist culture where depression, anxiety, chronic disease, social isolation, and alienation run rampant.

One researcher who has made a systematic study of the differences between modern and nonmodern cultures is Darcia Narvaez. Narvaez, a specialist in childcare, submits that hunter-gatherer societies have much to teach modern societies.

She claims that contemporary child-raising practises in the U.S. tend to lead to traumatised individuals with overdeveloped egos, a diminished sense of community, and a lack of ecological awareness. This is because the amount of close personal contact and community interaction in the first couple of years of life significantly impacts neurological development in children. In the U.S., children are often isolated from continual maternal contact too early and also deprived of a wider, supportive community of adults. This is a recipe for distress, negatively affecting neurobiology.

By contrast, hunter-gatherer children tend to stay close to their mother for the first year or so and are also breastfed for longer. They grow up in extended families amongst a wider, tribal community. Narvaez theorizes that this is closer to the evolved developmental niche of humans, suggesting a reconsideration of the child-raising priorities of the English-speaking world.14

These observations remind us that human wellbeing should be a fundamental raison d’être for any culture, society, or civilisation. Material and technological development should not be at the expense of high-quality living.

A glimpse of our rewilded future

The world of 2118 could be a pleasant place to live. I can picture a future with sustainable cities that remain technological centres and hives of cultural change. Maybe new forms of postcapitalist democracy have emerged in some of them.

These cities are surrounded by patchworks of small farms giving way to an extended wilderness. In the forests, big mammals have made a comeback, perhaps assisted by genetic technology.

In the human realm, technology betters lives and does not manipulate, dominate, and control. Profit is no longer the predominant driving force. Politics, economics, and everyday thought take place within a Gaian, postanthropocentric worldview, perhaps as a result of a conceptual revolution or new Enlightenment.

Humans would perhaps be a little less selfish and a little more generous. They might be less prone to the mental distress and chronic diseases that plague early twenty-first-century life. They’d prioritise happiness, community, and the natural world over material goods.

Jet flight would be rarer, but people would still travel in airships and sailing ships of light, durable composite materials. We’d have achieved decarbonisation, but would still be coping with the long-term effects of global heating.

The Wild Futures mode is informed by biology, ecology, and anthropology, exhorting a re-enchantment of tomorrow and a greening of the Earth. It is a different sort of future myth, one that offers rich possibilities for imagining futures where the forests have returned and the owls still hoot in the twilight. Making those dreams a reality is a challenging but perhaps attainable goal. I think that our lives may depend upon it. 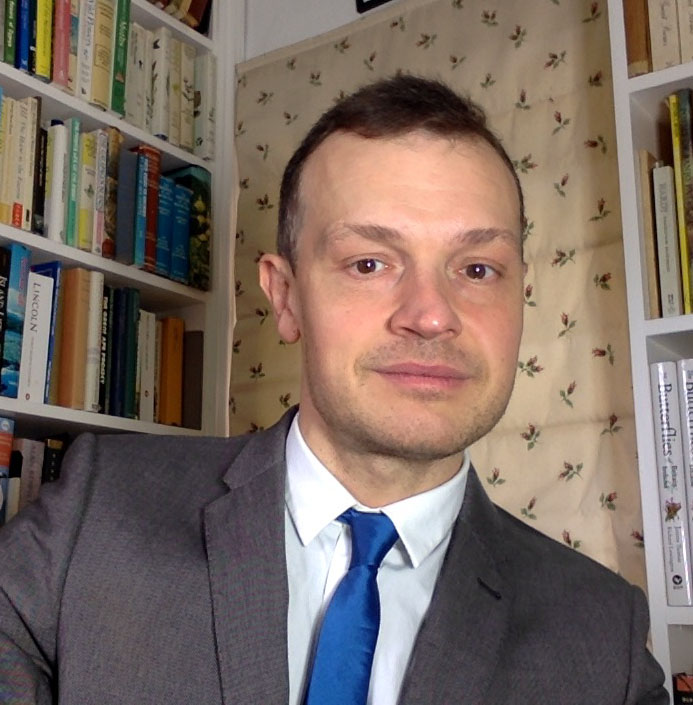 Matt Colborn is a freelance writer and academic with a background in cognitive science and a concern for environmental issues. He has written nonfiction for the Guardian, SFX and Strange Horizons, amongst others. His first fiction was published in Interzone in 2001 and his short story collection, City in the Dusk, appeared in 2013. Matt is currently completing a novel.