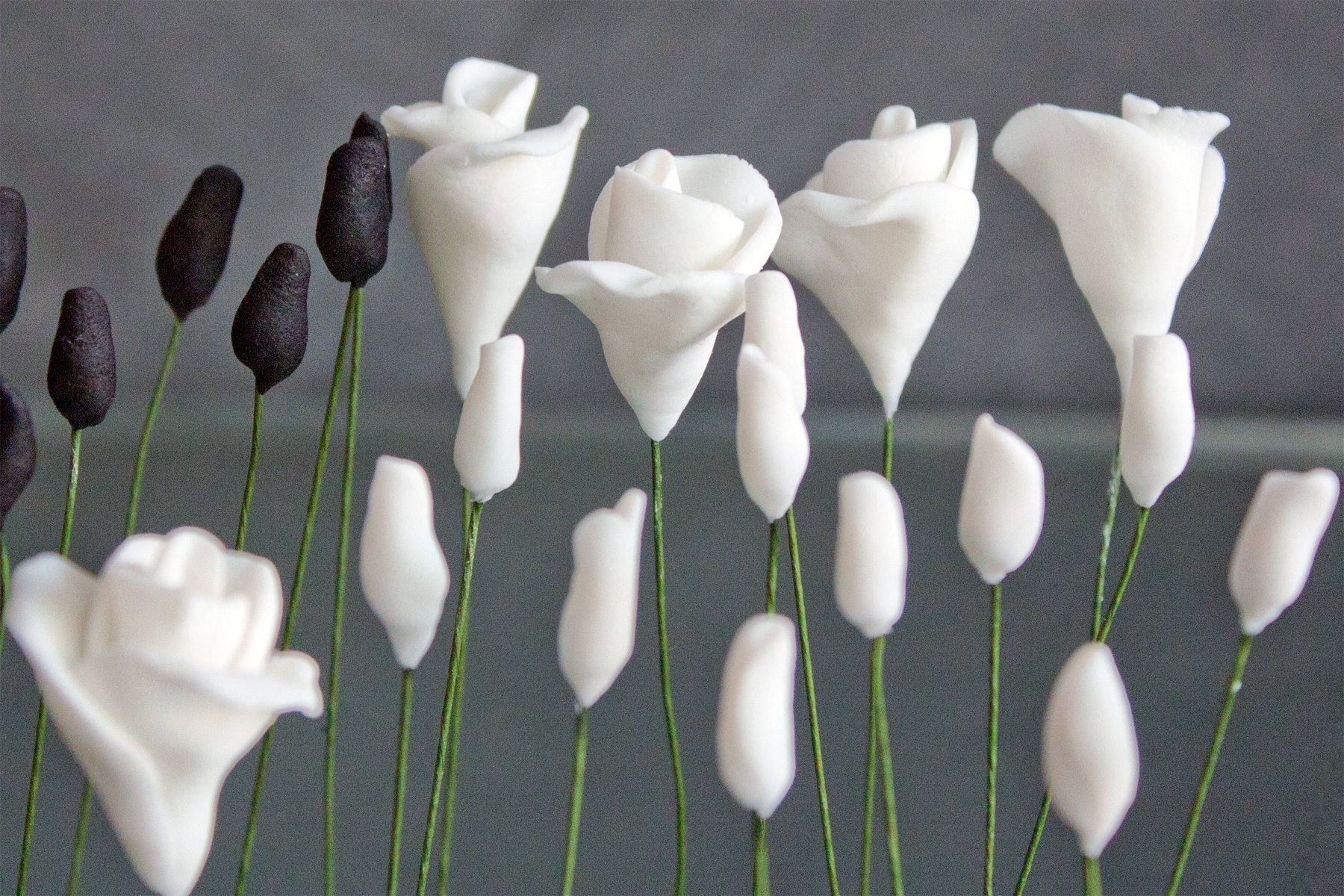 In the Event of a Famine

“Everything in this house is edible,” the real estate agent said. “I mean everything, the foundation, the brickwork, the plaster, the windows. That is to say, in the event of a famine, a family of three would be able to survive for approximately ten years eating the house.”

I studied the dark-hued foyer. A minimalist design element prevailed. Understandable, given the prerequisites. My wife checked out a bouquet of red roses in a vase resting on a handkerchief table against a wall.

The real estate agent, whose sideburns had not matriculated from the late twentieth century, smiled. “You’re wondering how all this is edible,” he said.

My wife looked at me with knitted brows. I did not know if this expressed healthy skepticism, or anger that I had brought her to this unusual house.

“All the hardwood, floorboards, moldings, and window frames are made of a material akin to energy bars, chock-full of amino acids and antioxidants.” He walked over to the handkerchief table and picked up the vase with the roses. “This vase is made of spun sugar and gelatin, perhaps not the most nutritious material, but tasty in a pinch. And the roses—” He pulled one out of the vase and chomped it. “Delicious. Actually made from kale, beets, and sea salt, believe it or not. And this.” He rapped his knuckles on the faux-wood tabletop. “One hundred percent organic lentils, that’s right, desiccated and pressed into this table form. Just add water and you’re eating.”

“They’ve thought of everything,” I said.

My wife sniffed and looked up at the light fixture.

“Yes, that too is edible,” said the real estate agent. “Made from soybeans.”

I felt my elbow being tugged. My wife wanted a word with me in private.

My wife shook her head. “Like, are we expecting a famine soon?”

“Sweetie, you just never know. The world economy is on the brink of collapse.”

“It’s always on the brink.”

“That’s what I’m saying. One of these days the shit’s really gonna hit the fan.”

I asked the real estate agent about durability.

“Well, if you don’t start nibbling—and that’s been a problem with some folks—if you don’t start, you know, breaking off little pieces here and there, and weakening the structure, hell, it will last as long as any house. They’ve really put the science into this.”

“You mean to say people nibble at it?” my wife said.

The real estate agent chuckled. “You’d be amazed. That’s the single biggest problem with these houses. People eat them.”

“That’s messed up,” I said, feeling superior. “Why would people eat their own house if they didn’t have to?”

“Let me put it this way,” said the real estate agent. He stepped to the wall where a framed portrait of a brown horse hung, unimpressive as artworks go. He removed the portrait from the wall and brought it to us. “Break off a piece,” he said.

I broke off a piece of the frame. He told me to try it. I stared at it for a moment before I brought the brown chunk to my teeth. I bit in and it crumbled to pressure. My saliva glands squirted at the unexpected sweetness. It tasted like peanut brittle.

“It is peanut brittle,” said the real estate agent, urging my wife to try some.

It was buttery and delicious, the roasted peanuts exploding with flavour. Probably the best peanut brittle I had ever tasted. I couldn’t believe how good it was. My wife broke off a chunk and bit into it. Her eyes popped open.

“I know,” I said, acknowledging her delight and surprise.

The real estate agent smiled mirthlessly. “Yeah, that’s a problem. They made the materials too good, too tasty.”

“People lack self-control,” I said, smacking my lips and eating more of the amazing peanut brittle.

My wife hid her mouth with a hand as she gobbled hers.

“Yeah,” said the real estate agent, “that’s exactly right. They should have probably made it out of less palatable materials—one project strictly used seaweed, but proved to be useless after excessive rainfall.” He looked at the horse in the portrait as though appraising its aesthetic value. “Folks, I’m gonna be straight with you. You need to be on your best behaviour if you want this house to work. Not everyone’s cut out for it.”

My wife’s eyes fluttered as she finished the chunk of frame. I know she wanted more, but the real estate agent didn’t offer more. Instead he broke off a chunk of the portrait and, eyes half shut, started eating it himself. 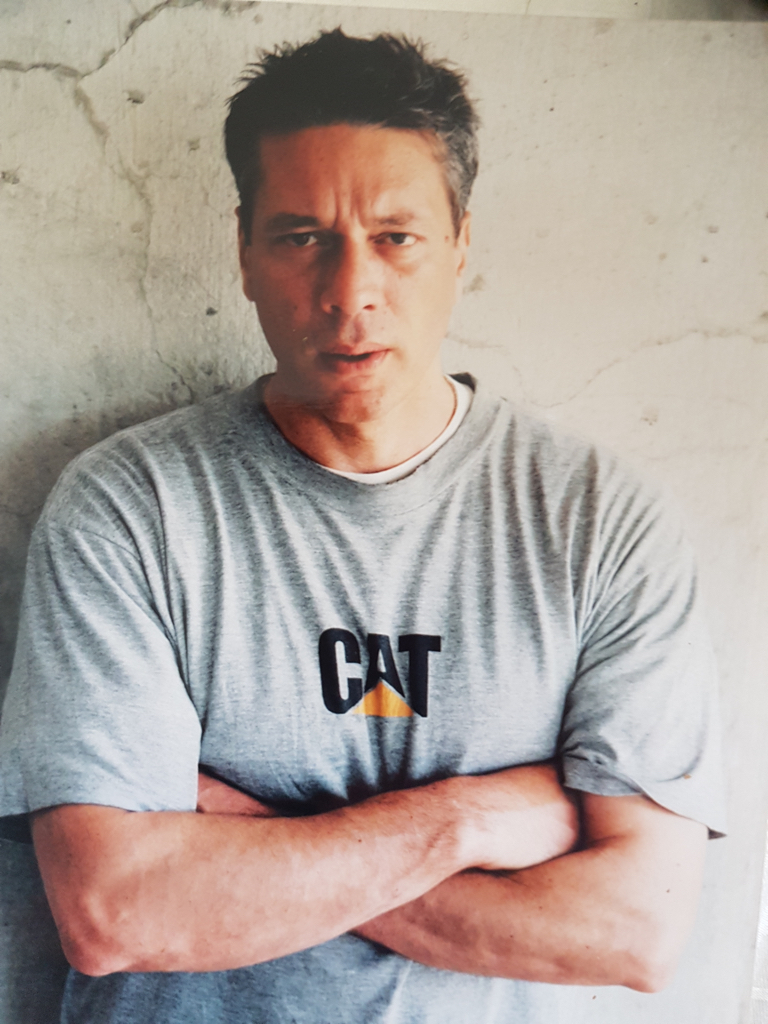 Salvatore Difalco was born in Hamilton, Ontario and splits time these days between Toronto and Sicily. He is the author of four books including the illustrated flash fiction collection The Mountie At Niagara Falls (Anvil Press).