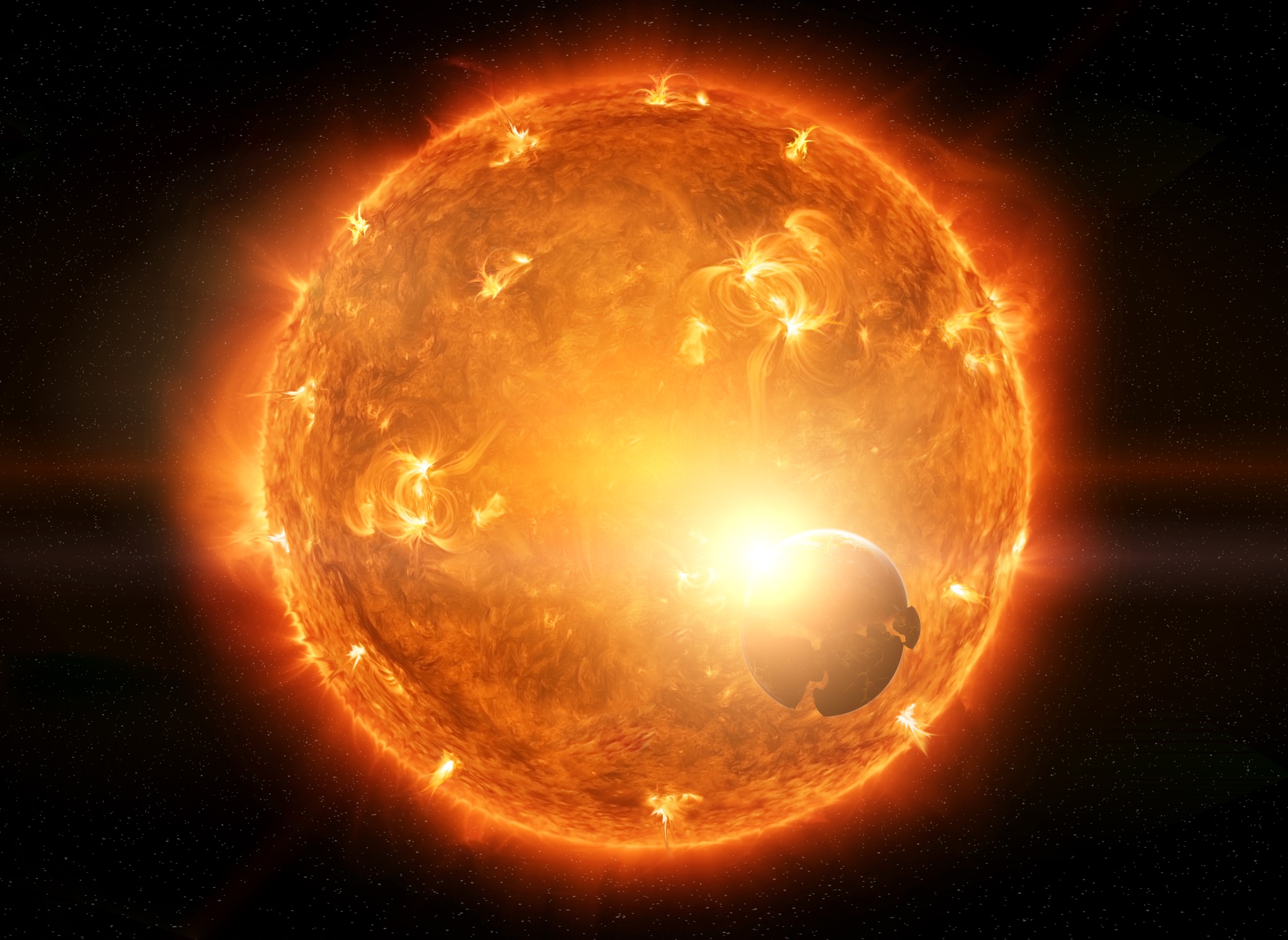 One hundred and thirty-one light years away from her body, Susan watched neon-yellow waves rush up a beach of blue sand to wash over her golem’s bare feet.

It was a dead planet, without a trace of even microscopic life. Worthless except as the perfect vantage point from which to watch the first real-world test of Father’s project.

A sun named Arkushanangarushashutu burned overhead. Father said that the word meant “the southeast star in the crab” in Babylonian. Susan loved saying it. It rolled off her tongue like a magic spell. Other golems stood on the beach, controlled by investors, shareholders, and researchers, all looking to the red-orange sky. A film of grey crept over the sun like a thin cloud as swarms of robotic ships laced themselves into a net around it. At Father’s command, they would begin the resonance cascade that would kill the sun and capture its death throes.

“Arkushanangarushashutu,” she said. No one would ever stand here and say its name again. This was hello and goodbye. She crouched down and scooped up some blue sand, letting it sift through her golem’s grey fingers. It clumped so nicely, she decided she would build a sandcastle.

She stuck her hands into the blue sand and scooped out the base of the castle. It was an activity that should have been mindless. But the part of her mind that came from her father considered the thing on a microscopic level—understanding that the wet sand clung together because water formed tiny bridges between sand particles and held them together with surface tension. She should decide how high she would like to build it before setting to work on the base to prevent running into trouble later. A little math was all it would take. A finger gouging notations into the beach.

A little ways down the beach, Father and Mother were walking together. Mother didn’t want to be here. She hated having her mind in a golem, and she thought Father’s project was a travesty. They’d been arguing about it for months, ad nauseam. Even now, minutes from the test, they were still arguing. They were too far away for Susan to hear them over the surf, but she could recite both sides of the argument by heart.

The Murder Dyson, Mother called it, trying to be pithy, oblivious that using the same mocking name for it every time was anything but. She’d say there was no reason for such an invention except grotesque greed. Father would respond with figures about mankind’s exponentially growing power consumption. Tell her that the planets and the moons and even the asteroids at the fringes of this solar system had been scouted, so that nothing would be killed, not even on the molecular level. And Mother would lift her chin and accuse him of killing the constellations, killing beauty, rewriting the night sky for a smattering of joules. She might quote some horrible thing by Blake or Lord Byron. The poets would weep, she’d say. And he’d be quiet for a little while, because Blake and Byron cannot be argued with directly where beauty is concerned, but he’d break his silence with some awesome technical fact. Transmission of a supernova’s worth of power across a gulf eight hundred trillion miles wide, delivered instantly to wherever needed through a side channel of the ansible network.

“Arkushanangarushashutu,” Susan said, trying to block her parents’ voices from her head. She had no argument of her own, no opinion on it. Their opinions clamoured so loudly she could not think on her own. But soon she’d be leaving them both, taking an elevator to an expensive orbital college paid for with Father’s company money, and she did not know what she would study except that it would not be poetry or science.

The castle walls were built. They were sturdy and geometrically sound. But the part of her that was her mother thought they were artless eyesores. She’d given no thought at all to style. To compensate, she built a parapet with evenly spaced crenels, and elaborate corbels in a gothic style. She dug into the walls and made a sweeping colonnade, thinking of Bernini’s in St. Peter’s.

For half an hour, she obsessed with perfecting the castle. She was on another world, and all she could think about was minutiae and artistic flaws, and the need to make it perfect and solid, but also to make it beautiful.

A bright flash made Susan look up. Arkushanangarushashutu glared down at her, crimson now, as if growing angry. Mother and Father approached. Their grey golem skin did not show any of the redness of cheek or wetness of eyes that usually accompanied their arguments.

“I’ve given the signal,” Father said. “We should join the others.” He looked at the sandcastle, and said nothing.

They turned and started down the beach towards the shareholders. Susan followed.

As the sun died, Father gave a speech that Susan did not hear, and Mother surreptitiously tried to brush wet sand from her backside. Arkushanangarushashutu boiled with dark spots. It bulged oddly as if hollow, and belched tendrils of itself into space. Susan realized it had died already. That she was seeing eight light minutes into the past. It was too late to change anything.

Susan looked back at the sandcastle. She desperately wanted to leave the group, to dash across the beach and kick it, spit on it, ruin it in some way. In the light of the dying sun, she saw the castle contained nothing of herself. But it was too late.

All around her, people were making sounds of awe. “Here it comes,” Father said.

And just before her sandcastle turned to glass, Susan watched the sun explode. 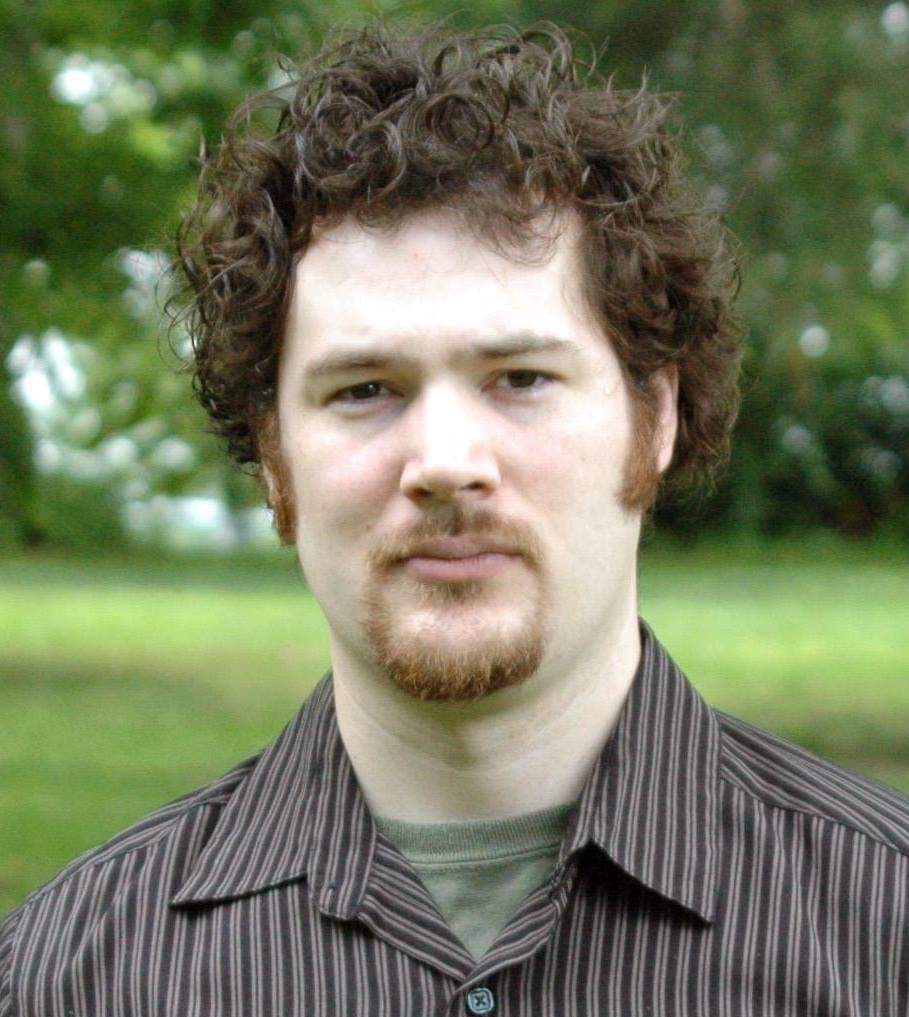 Micah Hyatt began writing novels and short stories at the age of sixteen. It would be over a decade before he wrote anything worth reading. To pay the bills, he found work as a train conductor, a soldier, a hay baler, a dishwasher, a railroad safety liaison, and many other mundane jobs. Through it all, he never stopped writing.

His favourite books are those that take him to fantastic new places, and show underdogs overcoming their difficulties.