The Evac
Thomas Webb
Fiction
April 6, 2018
Replanting the Garden
Liam Burke
Fiction
October 8, 2021
The Soft Eyes Open
Bo Balder
Fiction
February 15, 2019
After Star Trek: The Inner Light
Salik Shah
Poetry
May 20, 2022
I Think That I Shall Never See
Stephen Kotowych
Fiction
January 13, 2023
What can we get you? 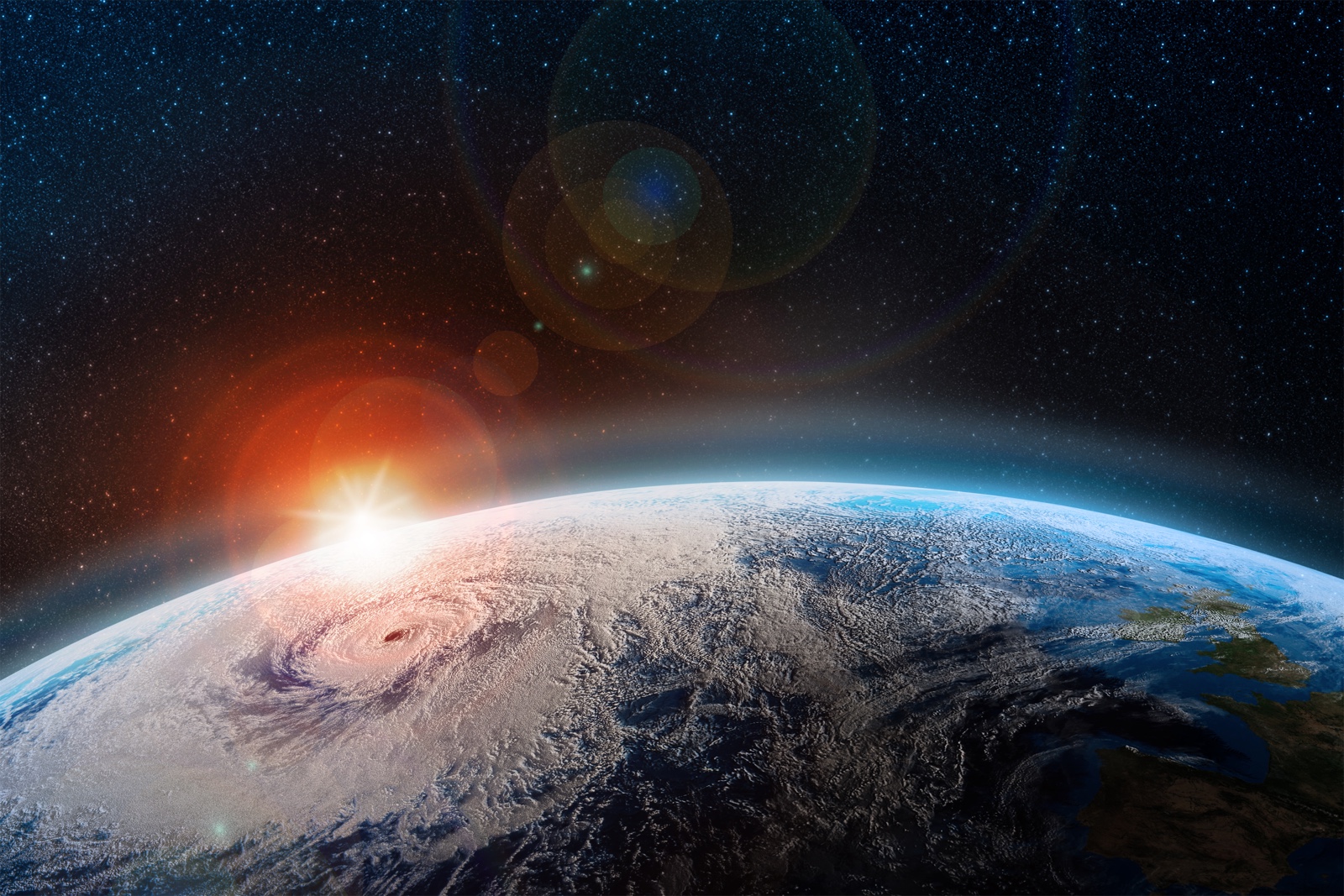 I’m staring at my mother. “What do you mean you’re not leaving?”

We had just spent three exhausting days emptying her house ahead of Hurricane Zara’s impending landfall.

Every computer, piece of radio equipment, book, antique, scrap of clothing, and bit of sentimental bric-a-brac is in the moving truck behind me. The autodrive is patiently waiting for someone to key in the destination—my home on Lafayette Island in Salem, MA.

“You heard me. I’m staying.” She smiles, serene as a clear blue sky. Her posture is relaxed, entirely comfortable in sweatpants and an ancient T-shirt emblazoned with two fading grapplers surrounded by the words “This is How I Roll.”

Even at sixty-eight, she’s still scalpel sharp and fit thanks to a near religious dedication to her Brazilian jujitsu classes, which is to say I can’t write off her declaration as a sudden and suicidal cognitive failure.

“Stop joking.” I laugh nervously. “We need to get out of here.”

Long Beach Island—what’s left of it after decades of rising seas—is almost completely deserted thanks to the apocalyptic mantras emanating from every meteorological service and government agency.

“No,” she says. “You need to get out of here. I’m going to stay and see if I’m right about the aliens.” She glances back toward the house and the massive satellite dish mounted to the roof.

She turns back and fixes me with her implacable glare. It’s a look I’m deeply familiar with from adolescence and holiday conversations about questionable life choices. It isn’t a good sign.

Humanity has been listening to signals from TESS-32 for five years, but according to the International Space Agency, the only things we’ve learned about the aliens is that they’re carbon based, have very strange taste in music, and don’t know anything more about the universe than we do.

A lot of people think TESS-32 is a hoax designed to keep the masses distracted while civilization collapses in plain sight.

Meanwhile, the Interventionists—many of whom have scientific backgrounds, like my mother—are convinced the aliens are already in the neighbourhood, ready and waiting to save us from ourselves.

Her beliefs have become a bit of a sticking point between us.

“Are you insane?” I cross my arms. “Everyone is running west like our idiot president announced a new Louisiana Purchase. The whole Mid-Atlantic region is making its peace. It’s time to leave and get behind the MassBay Seawall, not go all in on some absurd theory.”

“Hypothesis,” my mother chides me. “Zara is exactly the kind of life-altering event that could force the Tess to reveal themselves. And I’ve been sending them signals.”

I’m quaking with fatigue and frustration. “This Interventionist stuff … I mean, what if you’re right? Can they instantly kill superstorms and sequester three centuries of aerosolized fossils? Or maybe they’re going to pluck you from the flood like some extraterrestrial version of the Coast Guard?”

“Listen, Mom, if the aliens show up, or don’t, we’ll have time to discuss it after we’re safe.”

She shakes her head, unhooks her canteen from her belt, pulls a bottle of pills from her pocket and swallows a tablet before smiling sadly.

This is something I’ve seen her do a lot over the last three days—both the sad smiling and pill popping. Now, she hands me the empty pill bottle. I read the label and recognize the drug from the last few years of my father’s life.

It feels like the ground is vanishing under my feet. I try to imagine my mother, a woman who defines herself through activity and initiative, losing herself to body- and ego-shattering pain. What would I do if I was the one watching the tide roll in?

Dad always said I was too much like Mom—always ready to go through the next moment by myself just to prove I could—that I needed to be reminded I wasn’t alone from time to time.

I hand her back the empty bottle. “Fine. If you’re staying, so am I. The earth won’t miss us.”

“Well, if you’re going to be like that.” She scowls and takes a few steps toward the truck, but stops when I don’t move. “Are we going?”

I turn around and start walking. That’s when my small, old, fierce, sick mother jumps on my back and tries to sink in a rear naked choke.

“Ah! Seriously?” I get a hand between her forearm and my throat.

“I’m sorry my love, but I’m not losing myself, and I’m not taking you with me.”

“Stop being crazy!” I drop into the turtle position and hear her grunt in surprise as I roll her gently over my shoulder.

I come up to my feet, gasping. “Had to see what all the fuss was about. Seriously though, what was the plan? Choke me out and lift my unconscious body into the truck, then turn on the autodrive and send me on my way?”

“Pretty much.” She shrugs.

“Do you know what I weigh?”

“Not a chance. Now stop trying to tap out, and get in the damn truck. Unless you think we should wait for Zara. I love you. It’s your call.”

After that neither of us says anything for a long time.

She breaks the silence after we’re north of Hartford. “You really think I’m wrong? About the aliens, I mean.”

I shrug. “Either way, you and Dad taught me we save ourselves, and we save each other. There are no magic solutions.”

“You know,” she says, “sometimes there are no solutions at all.”

I don’t know how to answer, but we keep moving. 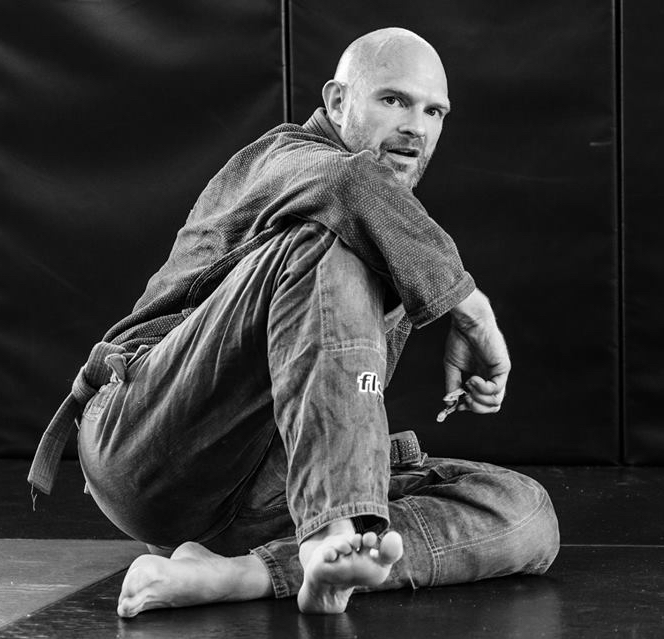