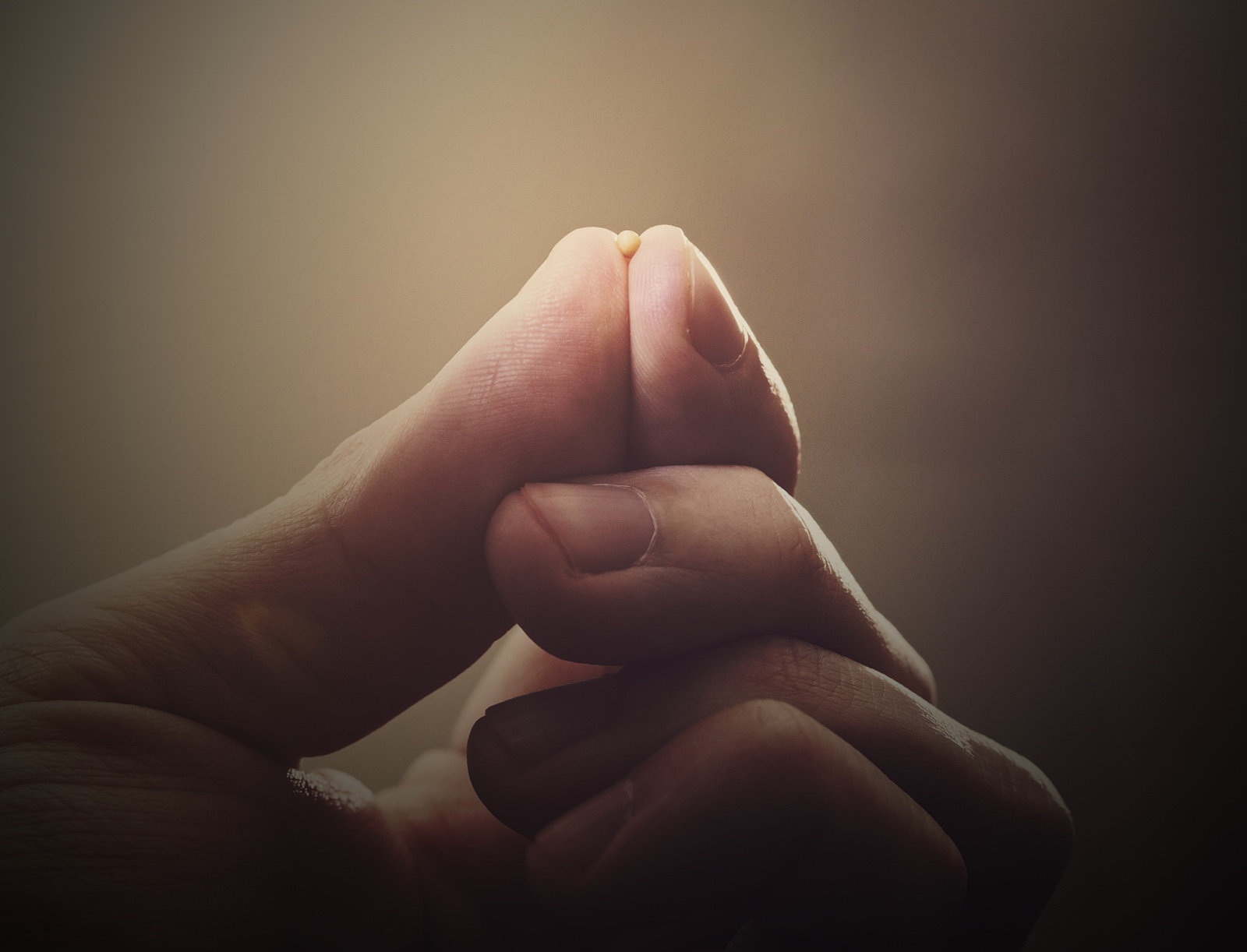 First it was the summer fruit. Watermelons, grapes, all seedless for the convenience of eaters and possible chokers. Grandma Chen loved it. She never liked swallowing seeds and never liked digging her fingers into the cold flesh to remove them.

But eventually Grandma Chen wondered where all the seeds were disappearing off to.

Even after she became gastronome extraordinaire and head chef at a Michelin-starred restaurant (sought for her expertise in the regional specialties of Chinese cuisine), she used to take a few weeks off in the summer and leave her work to her sous chef. It was during these weeks that she would join her daughters in a summer game. She would contact her produce supplier and they would stock up on summer melons and other sun-gorged fruit. Then, they would hold their very own summer “Fruit Fling Olympics,” contests her kids invented on the backyard porch, taking bites and spitting, to see who could eject them the farthest onto flowerbeds. Her second daughter Yiting performed especially beautiful arcs, flights of black watermelon seeds that landed in perfect parabolas onto petals, leaves, and dirt.

But this innocent family challenge in time became obsolete with the advent of fruits without seeds.

After the watermelon and grapes, the next in the lineup of seed-vacant fruits were oranges, cherries, and kiwis.

The strawberry, pale with the lack of its black freckles, was the most appalling aesthetic abomination, thought Grandma Chen. She ripped off its leafy head and let the naked berry sit in a pool of clotted cream and lotus paste.

In Chinatown, wax apples, custard apple, lychee, and pomegranates held out. All the other supermarkets in Grandma Chen’s vicinity had converted, displaying red signs with logos of a smiling boy in a bowl haircut biting into a coreless apple to flag the new range of crop specimens. But in Chinatown, seed lovers still found willing vendors, a market for a shrinking minority.

Only last year at A-Bing’s stand in the open air market did Grandma Chen start seeing seedless custard apples. She brought them back home in a handmade basket. Leaning over the marble counter, she scooped out the discrete bits of sweetness from the green spiky skin. The inner flesh moved around like mush, without the internal architecture of seeds to hold it in place.

Like rice congee, she thought. Pork marrow or duck brains. She put her lips against the white flesh and took one juicy bite. Her exquisite sense of taste told her there was something missing, a feeling left unresolved on her tongue.

Once they exhausted the fruits, the breeders moved to other produce: squashes and pumpkins, olives and peppers.

For her baobei Chialing’s birthday, Grandma Chen bought a luscious red bell pepper to accent her celebratory pulled noodles. With her carving knife in hand, the slit she made opened up to an empty cavity, divested of white teardrop specks.

She grabbed the silver teaspoon she had ready for scooping and rested it back in the drawer. She pushed the drawer to a close, marvelling at the strange crimson variety she held in her palm. Then, she used her deft hands to slice thin wedges.

I guess this saves time, she thought, picturing the hollow pocket when she split the bell pepper in half. Her business acumen told her it would also save labour and thus money for the restaurant. What she found jarring was that emptiness, the space that once held an abundance, the source for her spring garden.

She held up her cut bell pepper slices in the sunlight streaming through the kitchen window and peered at the translucent red skin.

She thought of the dense fresh dirt in her garden bed and went online to find seeds, only to discover that single-generation sorts were the only option for purchase.

Soon, potatoes no longer had eyes, just smooth skins that peeled with a flourish. Corn still had seeds, though, Grandma thought with relief, as she husked and chiseled a few ears, sprinkling on a cocktail of rubs and pastes to marinate, for a modern take on egg drop soup.

It was a rainy, cold March night. She visualized flavours interlacing into a zesty net, the kind of sprightly brightness that could chase out grey clouds. It was just the thing that she needed to spice up her spring menu. At least her ears of corn would be brimming with aromatic seasonings. These were the ears of corn that still held out, that still displayed their proud seeds, pockets of juicy gusto popping in every bite.

After Grandma Chen was done with adding more care to the soup, she lifted up her wine glass set precariously on the counter edge and said, “To the obstinate zea mays, may you always rise up with seeds.”

She picked off one of the yellow kernels and popped it into her mouth, her adept taste buds sauntering through the savoury journey and performing necessary evaluations.

But innovation never ceases to rest.

Soon frogs in pet stores no longer laid any eggs.

When Grandma replaced the hens in her coop from the fox incident, she found her yellow-feathered fowl deposited no eggs in their nests. Reproduction of crops and then pets became the intellectual property of the seller, its fate no longer resting in the hands of the consumer.

A steady diet of oolong tea, fish, produce, and tofu and Grandma Chen was still alive to see the birth of the fourth generation. Grandma Chen kept looking for the bulge that would hint at the coming of her great-grandchild. It was to her surprise that her baobei Chialing came bowling into her apartment in ballerina flats waving a brochure and holding onto her wife’s arm. Both shared a wide smile.

“This one,” said Chialing, pointing.

Grandma Chen looked at the folded brochure in her granddaughter’s hand. Opened to page 16. It was a photo of a black-haired baby with half-closed eyes, curled up in the fetal position.

“Dr. Geetha Vishwakarma and her team are growing her now,” said Chialing. “We can pick her up in a week.”

Grandma Chen remembered the name from an earlier conversation she only half paid attention to while she was thinking up the banquet menu for her own retirement party. At the time Grandma Chen was making a mental note of the ingredient purveyors. She was always in control of the technical aspects of food prep, always with all details in her grasp. Just because it was her own retirement party didn’t mean she would forfeit her charge and let someone else take over. But there was something important about that conversation if only she could recall it.

Genetics obstetrician—that was it. Chialing had said that in reference to this doctor, the syllables now ringing in her ears. Grandma Chen wished she had followed up with more questions then.

She glanced through the attributes listed on the page, numbers that suggested a propensity for certain personality traits and statistics like expected growth rate and potential allergies.

She would likely be shy, but with keen intelligence, with a 46% possibility of a peanut allergy, Grandma Chen read. Then, with her thumb, Grandma Chen flicked through the pages of the brochure quickly, like a flip book, letting the different traits of the many cultivated babies ready for plucking settle upon her eyes.

Grandma Chen returned to the page she had held in place with her forefinger, and ran her hand over the image of the tiny baobao, her great-grandchild. She felt the gloss of the brochure in delicate strokes, as if she was running over the smooth skin of her own distended belly when she gave birth to her first child. It felt like a lifetime ago.

She was no longer simply Grandma, but Great-Grandma.

Staring at the teeny babe in the photo, Great-Grandma Chen couldn’t help but think of the first altered watermelon she had bought from the supermarket decades ago, so devoid of tiny black seeds. She then recalled an earlier memory—sitting on the porch in the hot afternoon, eight months pregnant with her third child, spitting black seeds out into the grass, laughing with her two elder kids.

The black beady eyes of the child printed before her, so seed-like, rendered in so many pixels, stared back at her—the future progeny of her grandchild, the continuation of her family line. 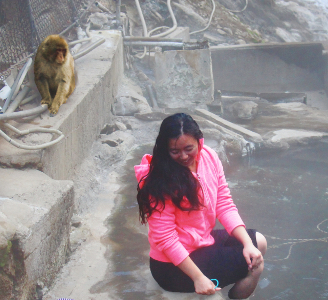