False Alarm
John Cooper Hamilton
Fiction
May 4, 2018
Advice for Girls Who Worry about Climate Change
Alice Towey
Poetry
November 29, 2019
The Prince of Svalbard: A Saga of the Thaw
Louis Evans
Fiction
August 20, 2021
Civilizations
Tadayoshi Kohno
Fiction
May 28, 2021
The Cats of Kruger
R. D. Harris
Fiction
January 15, 2021
What can we get you? 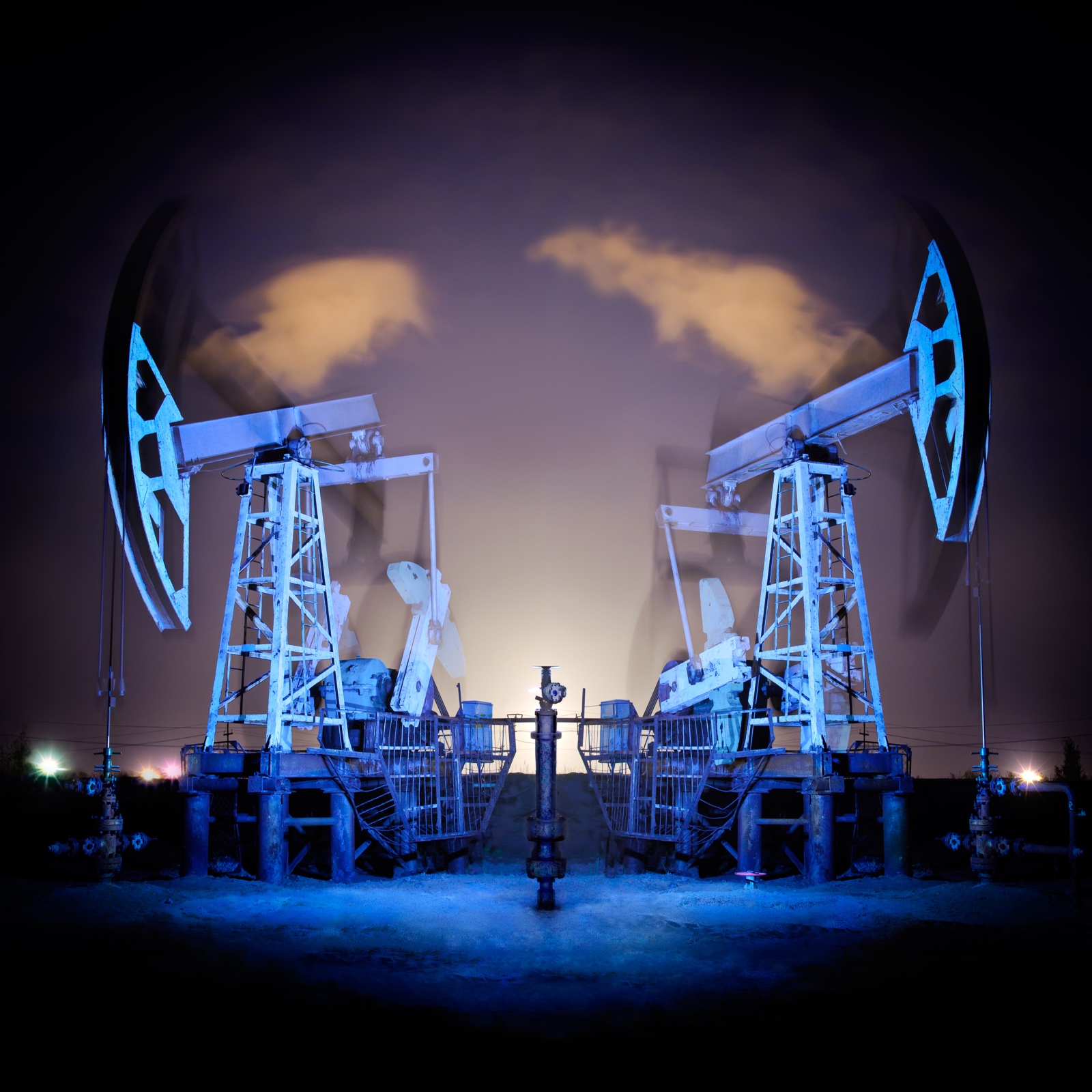 Jacob crouched in the cattails, working on his patience. It was hot as hell, even as the sun went down. Jacob wanted to wet his dry lips on the water, but he knew that wasn’t safe. Instead he watched the rainbow slick of oil slide towards him, tugged by the subtle suction of the thirsty reeds. Before he was mayor, he’d designed this wetland to use the heat and dryness the Harpies had brought to better clean the water. But that chemical swirl, runnelling down from the hills, made all that work moot. In five days some kid in Rock Springs would be pouring that poison out of the tap. Jacob shifted half an inch, kept patient. The seed carbine was heavy on his back.

Sitting there, Jacob thought about the Harpies. He’d lived through a few—everyone had. Once you’d been battered by a superstorm, seen your land shrivel with drought, the sober diagnosis “climate change” didn’t cut it. The winds were monstrous now, wrathful, mythic things. The fossil poison the frackers were digging up there had brought down the Harpies. Jacob would see it put back in the ground.

So when the sliver moon was up and the floodlights in the hills snapped on, Jacob climbed out of the reeds and up the hill. Beside him the others did the same. At the edge of the drilling site, they paused to listen to the company men within, who shouted to be heard over the clatter of their ancient generator.

“Decadents.” Julianne spat in the dirt next to him. “Shoulda kicked ’em out just for that guzzler, mayor.”

Jacob shushed her, instead motioning up at the lights. Julianne and her brothers shouldered their rifles, and Jacob ticked down his fingers. A crack, and the lights sparked out. Jacob prayed that’d be the only bulletgrass they would plant tonight.

They moved then, and had the frackers under gun before they could shine up their phones. Six carbines against thirty guys. Bad ratio for everybody.

“The fuck you are—” the foreman said. Even with the yards between them, Jacob could tell the foreman was a hand taller than he was. “Wait, you’re that mayor, huh? Motherfucker who pulled the plug at Jim Bridger.” The big man showed teeth. “I heard about you.”

“That’s right.” Jacob tapped his city crest pin out of habit. “Got a duty to protect my people, and that coal-fire spewer was what was hurting them most.”

“Your citizens really gonna see it that way when a calm, cloudy day knocks out their HVAC and TVs? I know them Bridger techs. They spent good money in your town, just like us. You think your citizens are gonna get to missing that after a while?”

“I guess we’ll find out,” Jacob said, gritting his teeth. “But for now, I’m on to the next one. It is my sorry duty to remind you that the city of Rock Springs has rescinded your lease on this place. I’m going to request that you shut your pumps down and pack up.”

The foreman rocked on his heels, relaxed. Jacob decided the men weren’t about to charge them just yet. He nodded to Julianne, and she headed towards the humming pump tower that loomed behind them. She kept her knees bent the whole time, like a hunting cat, taking her eyes off the frackers only when she reached the pump controls. The foreman’s gaze followed her.

“You know, I did get that notice you sent,” the foreman said. “I think you’ve got your bureaucratic wires crossed tonight, Your Honour. That eviction’s been suspended, pending review by the state. Or didn’t you hear from our lawyers?”

“State and I are having a bit of a disagreement these days.” Jacob could smell the unnatural stink of the tailing ponds. “And since they’re preoccupied while Denver holds Cheyenne, I’m afraid this will have to be a forgiveness-not-permission type situation.”

“Come on, mayor, we’re good business. We support your schools, gave a big contribution to the policeman’s ball.” The foreman grinned again. “I notice it ain’t police you got with you tonight. So what are you doing this for? Bunch of whiny fugees out west pay you off?”

Jacob let the slur roll around the site for a moment, then called out. “Julianne! You can turn that nonsense off.”

“Now just hold it!” the foreman flared. “This is a delicate operation. Lotta work went into setting those pumps right. I won’t be responsible for what happens if some amateur shuts it down improper.”

“Then maybe you can give us a hand doing it right,” Jacob said. “Because it’s going off tonight, one way or the other. Go on. Your men can stay put. You go help Julianne over there. She won’t bite.”

“Mayor,” Julianne called out. “I looked at the imaging they got. Caprock looks okay, but they been pumping a while.”

The foreman didn’t move. Instead he kept bargaining.

“Water troubles? We’ll cop to that. Generous settlement. You got good dinos down there, friend, and the right people still pay well for that. Plenty of profit to go around.”

“Afraid this is about the rock,” Jacob said. He fingered the carbine’s safety. “It’s got uses long past the flash of gas you’re digging up. Californians say that under this rock they can shove away some of the carbon that’s brought the Harpies. Thing is, this rock isn’t any good if you break it first. And the Californians, they outbid you.”

That last wasn’t true, but Jacob knew it was something the company men would understand, even if they didn’t like it. They muttered amongst themselves.

“That’s not good,” the foreman growled. “’Cause my dinos, they’re already on the books. Bosses borrowed off them to pay our wage, and I’m not about to turn those numbers red for the sake of your fucking Cali-fugee-loving bullshit!”

Then there was a change in the air. Jacob saw frackers’ fists clench, hands move to belts. A couple of them had to be packing, he knew. If Julianne’s brothers lost control of them, they might not get another chance at the rig.

She did, and there was a clatter, and a strange silence descended upon the site. The frackers growled, agitated by the loss of that filthy hum.

“You fuckers!” the foreman snarled. “Who are you to interfere in our business? You don’t work for us, you don’t invest. You’re barely even a customer. What right do you or Rock Springs or anyone have to tell us what to do with land we paid for?”

“I breathe the air.” Jacob knew it wouldn’t help, but he wanted to make the case anyway. “I drink the water. And I live under this wicked sky, just like you, and the Californians, and everyone else on this planet. I say we get a say.”

He felt a tremble then, some primordial quiver before the violence. Jacob knew blood was about to spill. Could see it all in his mind’s eye. They’d get charged, and there’d be shots, but the seed ammo in their guns wasn’t always lethal. There’d be a tussle, and they would lose, and heaven help his people back home when these frackers called their company. The tremble became a shake.

And the frackers did charge, but as they did, the earth heaved. Jacob’s feet left the ground. He felt his gun fire into the sky as the wind left his chest.

By the time he got a breath, the frackquake was already over—and so was the scuffle. The frackers had been mid-run when the ground shook out from under their legs. They lay in a tangle, while Julianne and her brothers held steady crouches. Of their circle, only Jacob was on his back.

His mind ran to his town, thinking of the damage, and to the huge rock under them, which might have just cracked. His fault—he’d given the order—but only a little bit. Still gasping, Jacob walked to the prone foreman and kicked him hard in the jaw.

“Another Harpy your books have brought on my people,” Jacob spat. “Only just this once, she came for you.”

They ziptied the frackers and bullied them into the container trucks their rig had come in. Julianne sent the trucks back the way they came. California’s drones would be there by morning to check the rock.

“That coulda gone bad, mayor,” Julianne said as they headed towards town. “All luck. We gotta get better.”

“Yeah, we will,” Jacob said. “First time for everything. But we’re a power now, so there’ll be more. Lot of rocks in Wyoming the world will need.”

Past his wetland they walked. Cattails rustled in the night wind. Beneath the water they tugged, made tiny flows, a biological tide. Jacob was done being patient, waiting for the tide of history to change. He’d grow his own tide from now on. 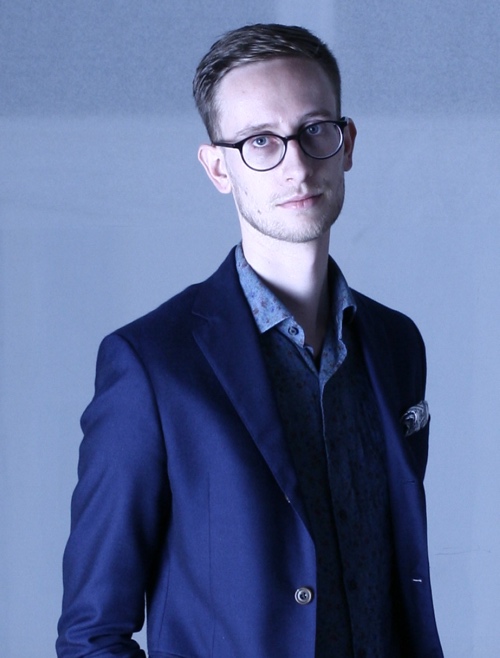 Andrew Dana Hudson is an award-winning speculative fiction writer. He studies sustainability at Arizona State University and is a fellow and researcher at the ASU Center for Science and the Imagination. He is associate editor at Holum Press, which publishes Oasis, a Phoenix-based journal of anticapitalist thought. His work envisions the lived experiences just around the corner in our post-normal world, and the struggle to make good choices in the climate crisis.