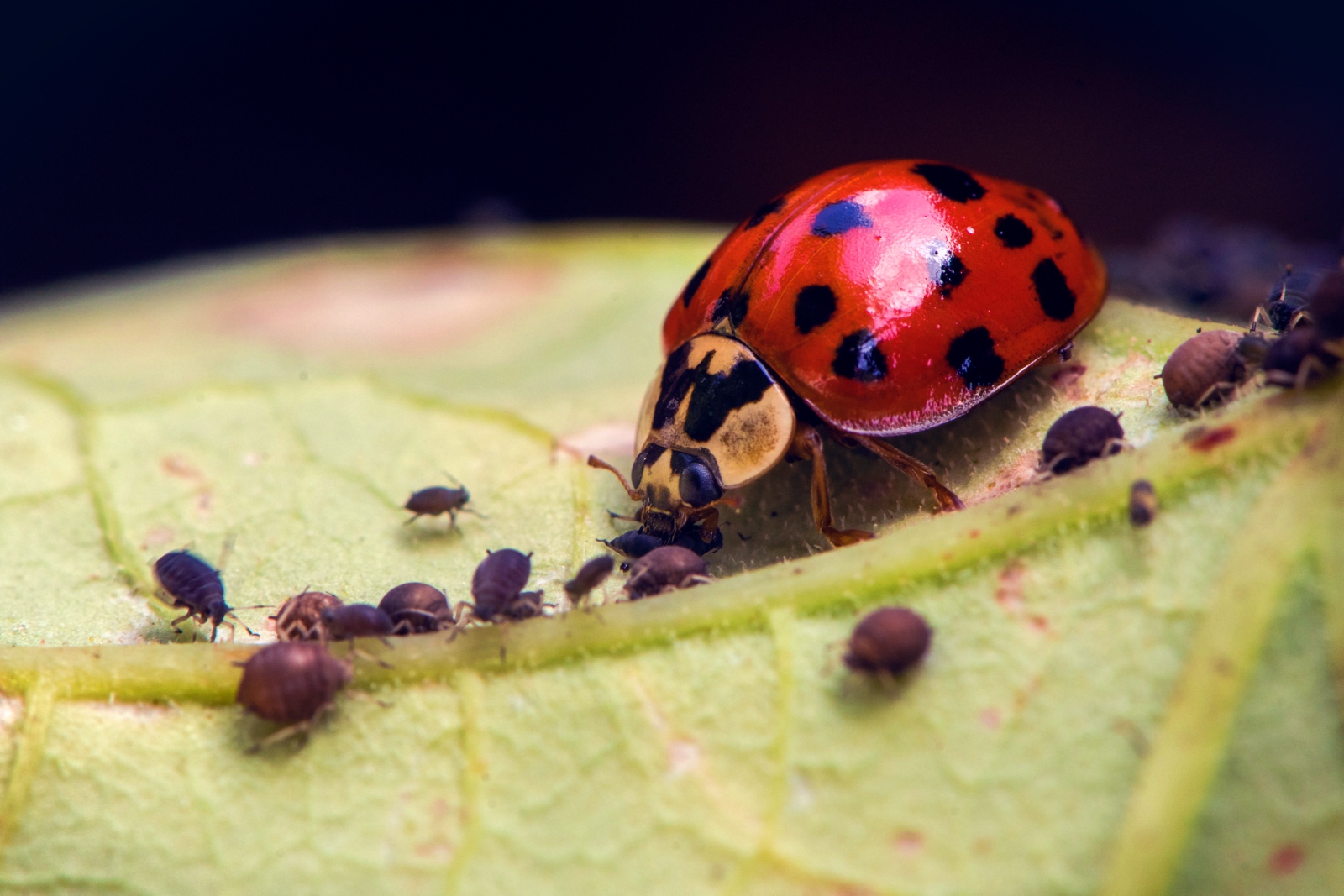 In the diverse crowd all skin colours and sexes squeezed around one another to fill every inch of the seminar hall. Unblinking eyes shimmered in moist expectation as the professor took the stage. Known for his eccentricity as much as his vast intellect, he began by extracting a pair of extinct spectacles from the age of short-sightedness and jamming them atop his bulbous snout. In a voice of rich and varied tones, he addressed his audience.

“In CE 2003 the alien species Harmonia axyridis was first recorded in the British Isles. Originating in Asia, this invasive species—known commonly as the harlequin ladybird—was purposefully brought to thirteen European countries to prevent aphids and scale insects exploiting the endless fields of homogeneous crops that replaced natural ecosystems. Invasive alien species are known threats to global biodiversity. Though that is, self-evidently, a tautology.

“To catch the fly, she swallowed a spider
that wriggled and jiggled and tickled inside her.

“There were forty-three native species of ladybird prior to the harlequin invasion. To be sure, just like the spread of Christianity—or, later, capitalism—the less aggressive species weren’t violently wiped out; they were simply consistently outperformed in the race for resources. Not only did the native species not know what hit them, the harlequins that did the hitting didn’t know they’d been the hitters! As a curious side note, a further danger of the harlequin was another little beast residing inside it—a microsporidian parasite to which the harlequin was immune but British ladybirds fall foul.

“To catch the spider, she swallowed a bird.
How absurd to swallow a bird!

“Biodiversity! What is it? If it looks and acts like a ladybird, does it matter if it’s one species or forty-three? Example one: temperature rises, clouds vaporise, more sunlight reaches our planet, and those ladybird species with fewer spots survive because their lighter coating reflects more electromagnetic radiation, and vice versa for the darker bugs in cooler times. Example two: penicillin was discovered by accident from a species of mould that appeared on a serendipitously uncovered Petri dish. Such incidents are far from unique—different species solve problems in different ways, so reduction in biodiversity means reduction in serendipity. Did the people of the time bear such examples in mind?

“Scientists took notice. They didn’t stop it—preventative measures had to be implemented by governments, who were controlled by people, who were convinced they were powerless—but they did describe, monitor, and model the spread. So did the general population know or care? Of course they did—the harlequin proved to be mildly bothersome in its tendency to roost in houses in the colder months and ooze a rather revolting aroma. Moreover, its proclivity for grape vines led to an unpleasant tinge of acidity in the taste of local wines.

“To follow the cat, she swallowed a dog.
Oh what a hog, to swallow a dog!

“Therefore, to eradicate the bug they’d imported to exterminate aphids, that hosted the microsporidian that killed all the natives—they developed harlequin-targeting sexually transmitted mites, thinking the best weapon to fight the blight was a blight for the blight. As we well know, this kind of solution only leads to more resistant strains of the offending beast, and risks infection of related species, which is exactly what happened. Apis mellifera—the faithful honeybee, already near the brink due to neonicotinoids and habitat loss—were decimated. That’s when they brought in the mice (Mus musculus—themselves an invasive alien species, though aren’t we all?)

“There was an old lady who swallowed a goat;
she just opened her throat and swallowed that goat.

“The mice had a literal field day. They gorged and bred, substantially reducing H. axyridis populations, as desired. However, with their increased numbers and the sudden shortage of ladybirds, they hunted other foods, thereby double-whammying those poor species already negatively impacted by the modified mites. Not ones to learn from their mistakes, the people of the time engineered foxes whose pups would be sterile. An intriguing idea, and it would have been scientifically valuable to observe how that ended, but then we arrived.

“Life is sparse in this universe, but where it develops, it tirelessly bootstraps its way up till it is smart enough to perform autogenocide—in all known cases except our own. Though we’d observed the ruins of life on so many planets, here was our first chance to encounter aliens before they devoured themselves. We had to meet our neighbours so we could all coexist peacefully in this wide void. They didn’t trust us, and demanded we prove our good intentions by feeding them knowledge and solutions, starting with the problem of Harmonia axyridis.

“There was an old lady who swallowed a horse;
...she died, of course.

“Long story short, we did solve all the natives’ problems. They came to respect, trust, love, and depend on us. Those few of our ancestors who had braved the long journey here lived among Homo sapiens as teachers, then friends and equals for five centuries; fitting in, thriving, multiplying ... right up until the Homo sapiens died out. Initially, we didn’t notice their dwindling numbers, then we tried our best to reverse the trend, but in vain. Incidentally, the ladybirds we’ve seen so many of this summer—they are the infamous harlequins. You see, once an invasive alien species has a foothold, they are nigh impossible to dislodge.” 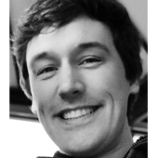 Tris Matthews lives in London and works as a data curator for a scientific publisher. He is occasionally inspired to fiction by the data he curates. "Invasive Alien Species" was such a case (inspired by this article). It's also one of the first stories he managed to plan in its entirety before beginning writing, and thus quite a milestone for him. Follow his progress at: trismatthews.com and @tori_tris.