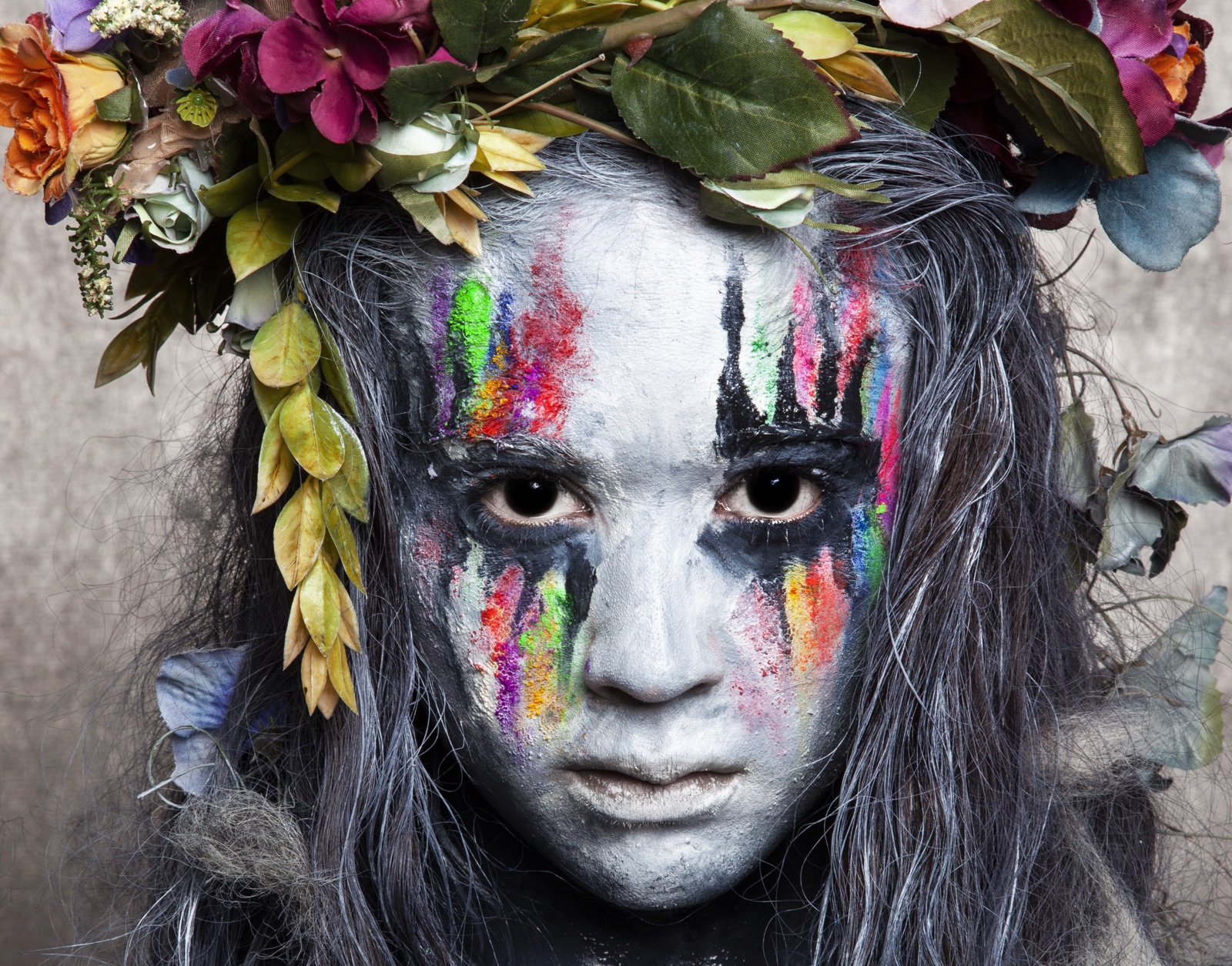 Queen of the May

She wears a fox’s face—sly, and only dripping a little blood down the sides of its muzzle—as she emerges into the allotments from between gorse bushes where the path used to run. In a potting shed, brewing tea, a gardener sets out another cup thinking his friend’s arrived. If she’d asked he’d have told her she was too early, that there were frosts to come, but she just picks a flower to wear in her hair, and keeps moving, heading for the city centre. Roadkill face, arms twined with ghost orchids, desiccated bees’ nest and the flower in her hair. A train of fragrant blossoms, red, orange, pink, and purple, falls in her wake.

High scents of blood, fox, and horse steam from her as she moves through the dawn landscape. She’s walking her ancient byway, as she has every year for millennia at the head of her parade, but now she walks alone. She looks to the sky for the flight of swallows that used to wheel in formation above her as she went, but they’ve not made it back yet.

Soon she leaves the grass behind and her hooves echo on pavements and tarmac. She walks like a prancing horse, her sleek skin shining. Cars and lorries thunder past. She sets her own pace, walking a line between the lanes of vehicles. A child on a halted bus jabs his chubby finger at the steamed up window, but his mother does not see the translucent wings folded at the shoulder blades of the vision that walks alongside them. The child decides that he too will have wings one day.

Reaching the main street she begins a slow-motion stepping—stopping and freezing with every leg raise, amid the blaring car horns and shouts of angry commuters. She stops dead centre in the road where the Maypole once stood, aiming a quick backward kick with the sharp edge of her hoof at a taxi that edges too close. The traffic stills about her. Her once-white dress hangs in tatters. She turns her magnificent, horrific head from side to side—taking in the territory. Recent past forgotten, she looks for the gathering, the celebration of spring and the coming summer, but can see only exhaust fumes, greed, and rage.

City grit sticks to her front teeth. She stumbles, attempts to begin her speech but her throat is full of sores and all that comes out is a rising gale that throws her plastic-threaded mane up high, dislodging the flower and the dead bees—bringing tears to her eyes. Her train of blossoms swirls. She places her hands on her rounded belly, rights herself. A woman on her way home from her cleaning job sees the swelling belly and remembers her first pregnancy.

The city pauses, though most cannot see why and imagine an incident, a bomb, a shooting. Early April—she’s too early this year for her day.  Her axis tilted and accelerated, belly full, blossom cast to the winds and wilting as it falls. But here she is, May Day or not—and the city waits.

In a coffee shop, the clatter and chatter stop, a barista pauses midfroth to look out. A cyclist sees the power of the wind and remembers a free-wheeling fresh-air ride down the roadside of a loch. Gulls on granite ledges of the old buildings quieten and cock their heads, as if hearing the beat of an old familiar drum. High above street level, in a shiny office block, a besuited crowd gathers at a window. They hold take-away coffee cups and murmur of a disturbance, a protest, an accident, but it’s too far to see what’s going on, and the windows don’t open so they hear nothing.

She raises the fox’s face, baring her true face beneath. The blood smearing her cheeks does not hide her broken, raw beauty. A dolphin swims in the blue of her left eye—a microchip is mired in her left, golden pollen sits on her eyelashes. The city still around her, the still point in her heart mostly intact, fox from the road, great auk feather, forgotten flowers, horse conjured by a wish—she’s a chimera for the end of times.

Her tears flood the city, as the gale rises. She does not know what is growing in her belly or if she will return next year, and her silent scream is never-ending. The spoilt blossom is still falling when, with flick of her tail, she’s gone. 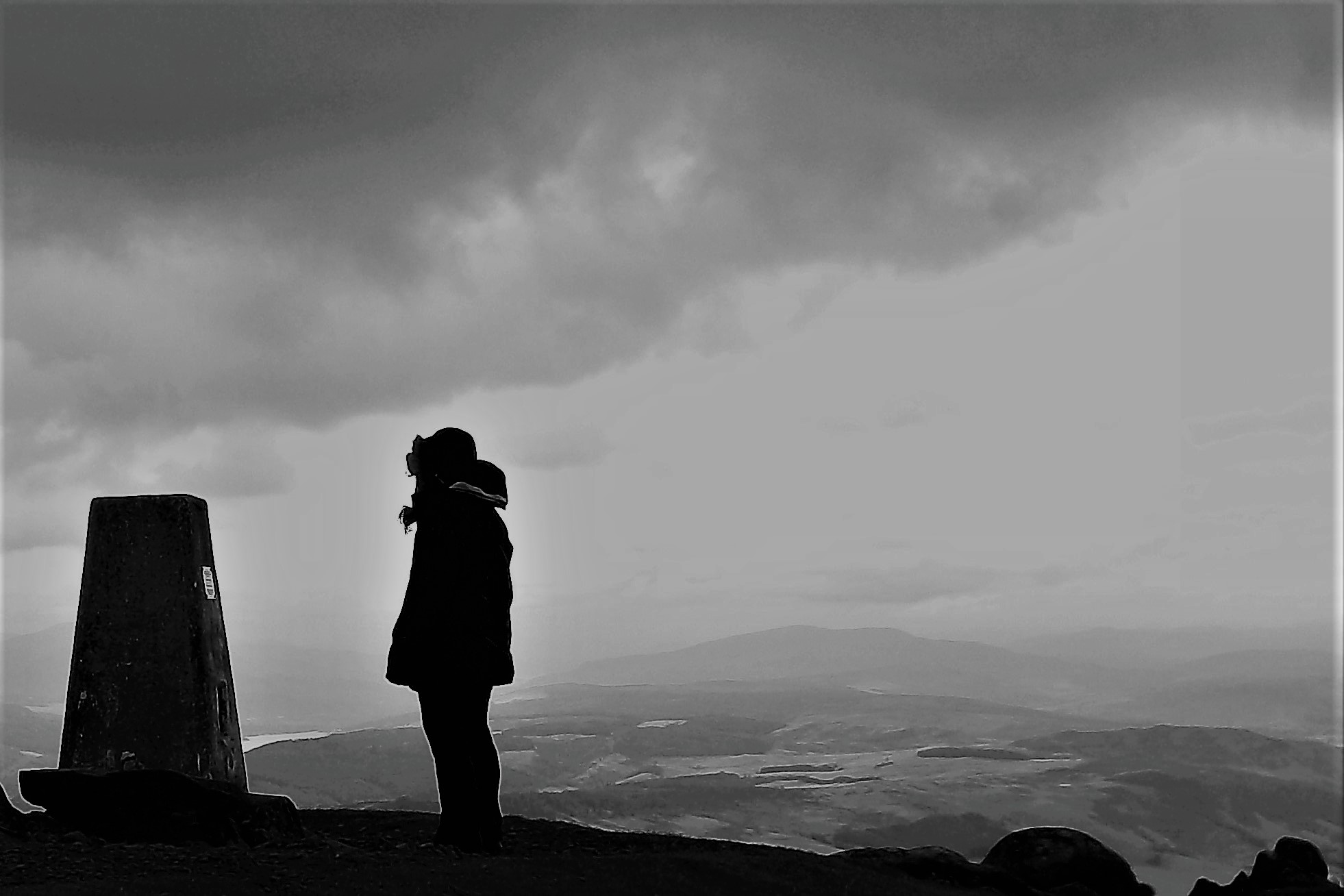 F. E. Clark lives in Scotland. She writes, paints, and takes photographs—inspired by nature in all its forms. A Pushcart, Best of the Net, and Best Small Fictions nominee, her poetry, flash-fiction, and short stories can be found in anthologies and literary magazines.