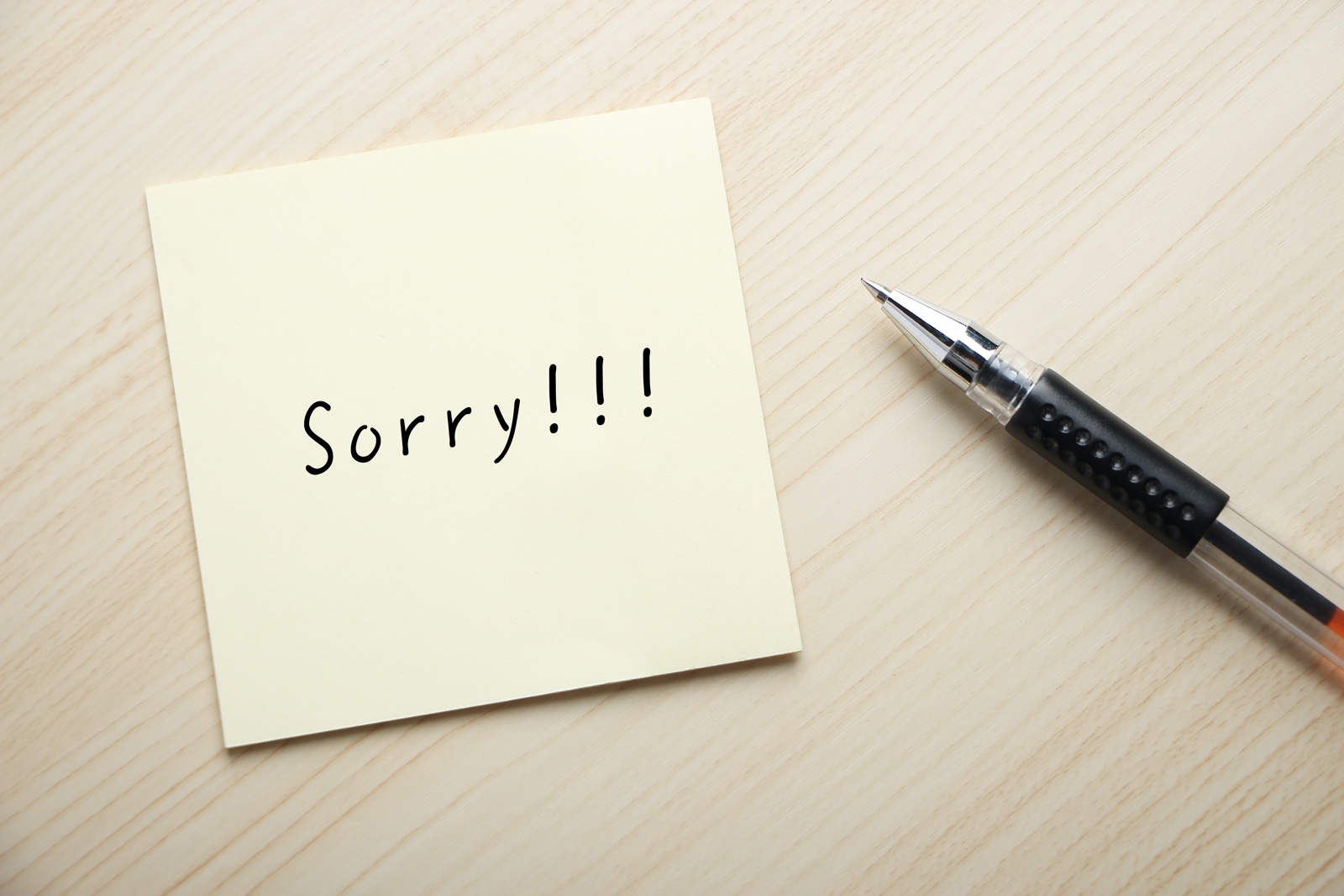 An Apology from the Natives of Earth

We’re sorry. We didn’t mean to make such a mess of things.

It all started around a hundred thousand years ago. We’d only just evolved into our modern form and begun to spread from our cradle in East Africa. Down in Australia we wiped out diprotodon optatum—a two-ton wombat, more or less—as fast as we could throw our spears. Knocked out the giant kangaroos too, and the thunder birds, and far more species than I have time to recount in this apology. We did the same elsewhere, too, chasing the mammoths over the land bridge into the Americas, where we hunted every last one of them down.

It was different then, you understand. I’m not making excuses, but we weren’t talking to one another. We had no written language, no higher mathematics. No way could we conduct a survey, jot down some quick treaties, and hunt within our quotas. We hadn’t evolved enough culturally, and once the ball got rolling—well, it was another fifty thousand years and we couldn’t keep from killing ourselves with pea soupers in The Old Smoke. If we weren’t dying in that toxic London fog, it was only because we were too busy watering our lawns with the Colorado River until it couldn’t reach the sea. It wasn’t hard to know we’d overshot, that the land couldn’t sustain all of us in good health, but we couldn’t coordinate a response.

It wasn’t just the coal smoke from heating homes. It was deforestation. Desertification. The motorcar. Radioactive fallout from The Bomb. Waste from nuclear reactors. Overfishing. Pesticides. The Pacific Garbage Patch. Genetically-engineered diseases. Nanobots turning a handful of our own cities into grey-goo swamps. Each one of those deserves to be an apology unto itself. And it happened so fast that we couldn’t make sense of it.

The climate crisis was the worst of our messes. I’ve mentioned the motorcar, but not the sprawl it created. The mechanized destruction of habitats at a scale unimaginable since the earliest stirrings of agriculture. And the runaway atmospheric reaction, freeing methane from the permafrost, melting the polar ice caps and raising ocean levels. We couldn’t organize ourselves to stop it, not with half the planet shouting, “Everything is fine, it’s not even happening.” Worse, our entire economic system’s fundamental premise was that wealth emerged from resource extraction. Can you believe it? But promise someone a meal and they’ll shovel themselves into the furnace of progress like so much strip-mined coal.

It’s said that every intelligent species comes to a moment where they risk overshooting the carrying capacity of their homeworld, that most species experience a sort of cultural adolescence when they fail to clean up after their messes. Each is a little bit different, but there’s a generalized shape, and a reckoning. Some planets figure it out. Others don’t. But almost every one walks right up to the brink of the abyss and stares deep into it. Like everyone else, we’d figured we’d die choking on our own filth.

Then we cleaned it up. One hundred years from the first photograph of Earth as seen from outer space to save our skins. We couldn’t set it right, not all of it, but we stopped the worst of it. We cleaned the air. We repopulated the oceans. We solved the disposal of nuclear waste and nanoparticulates alike. And we did it ourselves, without any help from you, whom we hadn’t yet met.

We were nearly done cleaning up when the signs you’d left us came clear. There, in skies cleansed of toxic waste, we read your message. Your invitation. And we walked through the door you left for us, right into—everywhere else.

All the pressure was off. You understand? We’d had only a hundred years of good behaviour. It wasn’t quick by the scale of human lives, but in an evolutionary sense we were the same myopic hunters who’d chased mammoths across the Bering Land Bridge and gorged ourselves on their flesh until we could eat no more. Now we had a thousand worlds or more to spread across, planets scattered across the whole Orion-Cygnus Arm, each a buffet of untapped ecosystems, and we wanted to taste them all.

That’s what this latest mix-up has been about. The destruction of all six intelligent species on Pok-mok-Nahat (what we on Earth used to call Epsilon Eridani V) was a terrible thing, but it’s been tough adapting to our new reality. I’m sure you remember what it was like. So, yes, there’s been some backsliding. What else can we say besides how sorry we are? We mean that most sincerely.

Despite these small slips lately, we’ve grown up. I promise. There’s absolutely no need to proactively vaporize us, we’ll clean up Tau Ceti e, and all the other planets where we’ve made our home, just like we’ve cleaned up Earth. We have a track record. You can count on us.

Jon Lasser was born in New York City. He lives and writes in Seattle, WA.

He is a graduate of the Clarion West writers workshop. His stories have appeared or are forthcoming in Diabolical Plots, Galaxy’s Edge, Untethered: A Magic iPhone Anthology, and elsewhere.

When not writing or working in the tech industry, Jon spends time with his wife and children, cooks, and scuba dives. He prefers cold-water over tropical diving.