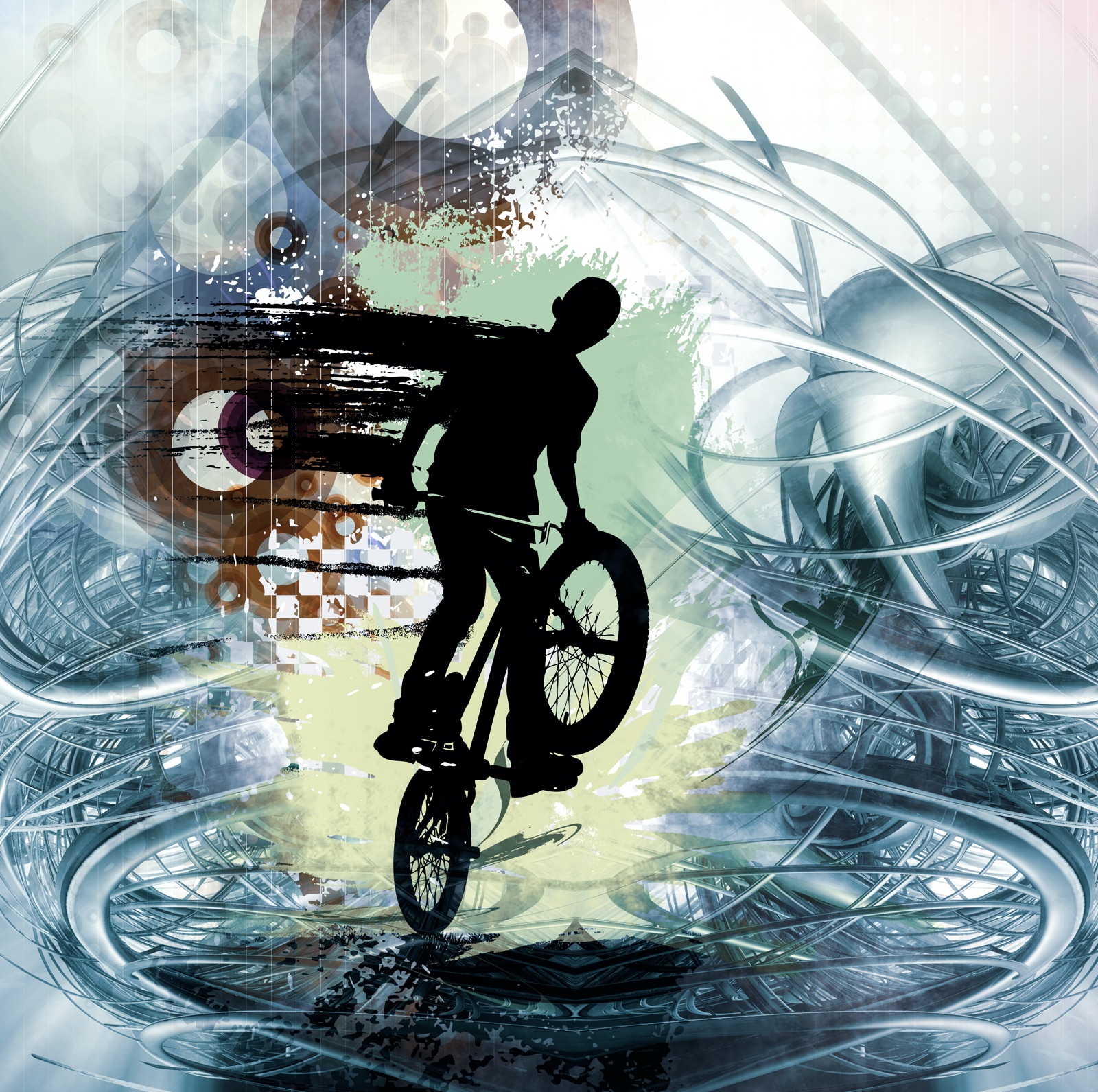 A body is only as healthy as its weakest link, my grandma says, but when I look at Duck Sink and then I port into a class in Saskatoon or one of the other big cities ... well, I dunno. Saskatoon looks pretty healthy to me. It has topsoil cooperatives and VR production companies. If you don’t like your neighbourhood’s food rules or the bus routes, you can shop the options. Walk to a new part of the city, and set up house.

But Duck Sink’s OK, I guess, at least when people aren’t meeting endlessly about the impacts of eating machine-grown meat, or trying to get the greenhouses diversified so our fresh component gets to be something other than carrots and turnips. The water’s clean and sweet and the skies are thick with waterfowl: geese, swans, coots, and the ducks that give the region its name. Each morning before school, we gather to meditate and take the measure of the air. Wet or dry, cold or warm, west or east wind, sweet or sour. We scent for hay and notes of the forest we’re planting north of the town, in the wildfire-scorched deadlands.

A whiff of skunk yesterday made everyone laugh, but that poke to the nose, our teacher says, means that rewilding is getting traction. A bigger range of animals is coming back into the North. We’ve been hosting a travelling woods whisperer, an old woman and her apprentices, who walked here all the way from Edmonton. They came in person, if you can believe. Just in time to congratulate us all on that wafting stink!

There’s no reek of skunk this morning as we group up, all the ten- to fourteen-year-olds from Duck Sink. It’s warm enough to ride to the regional polling station and our teacher, Chris, is handing out bikes, vintage recycled frames fitted for new tires. Kezia gets a booster battery for her chair; she’ll take point.

My heads-up display shows the route to the polls and a warning about a new pothole on the crosstown trail.

“Fezzi! Hey, Fezz.” Mico’s been self-isolating for three weeks. His mother claims it was just an allergic reaction to printed kidney meat, but the quarantine officer doesn’t screw around these days. You pop a fever, your whole family goes into lockdown. Me, I think he just worked up a case of fake sniffles after Xi turned him down for a date. “Fezzi, hey, what’s class today?”

“You got the daily digest, didn’t you?”

“Come on, don’t make me load that thing.”

Gran would have lots to say about me chewing Mico’s homework for him, but I’m a you-do-you type. He’s trickster grade, you know? Charming the birds from the trees, like the song says. Maybe one day he’ll be mayor. Maybe one day he’ll smooth-talk a new plant for Duck Sink. If there was more factory work here, I might forget Saskatoon.

I’m about to answer when the teachers wrangle us onto the road, Kezia in the lead, teachers in the rear to make sure nobody straggles.

I love it when we break out the bikes. I get to choose an International Giving option next fall, and I’m thinking about working on bicycle reclamation for communities with bad transport. It’s trickier than it sounds. If village roads are bad enough, the bikes need smart tires instead of plastiprint, which means more of a resource draw. Harder to get the donations raised, harder to get the carbon cost of manufacture green-lighted. Longer queues for the production factories.

But the bragging rights, if we get smartwheel bikes shipped somewhere they’re really needed? Even Gran says it’d look good on my college applications.

I didn’t use to look at the roads as I rode over them, didn’t think about how the land beneath you could pull you back, add to your base friction. Now I’m thinking about bike affordances, I see every stretch of smooth pavement, every desire line ... and every chunk of recycled asphalt breaking up the texture. Kezia’s chair has smart tires and it’s like she’s flying as we all push uphill, up down, up down. I have to stand on the pedals before we crest the hill.

“Fezz, vote on what?” Mico’s hardly winded, even though he was supposedly too sick to school a week ago.

“It’s a food thing. About the geese.”

Most of the real meat here is goose or duck. We harvest sustainably; the town gets a share before export. Gran says it’s cleaner work than making nuclear batteries at the diamond plant; she rants, sometimes when she’s drunk, about food being more virtuous than electricity.

This is why I only scored vermillion on my local resource quiz. The last item on every list always escapes me, like a skunk vanishing into the forest, leaving me in stink.

“The vote’s basically: do we want to give up another share of the protein stock and breast meat to Fort Saint John? If so, would we want to trade for real blueberries for six weeks each summer, or would we rather have rye bread twists?”

“I don’t even know what rye bread is.”

“Yeah, they’ll tell us. There’s gonna be a tasting.”

He snorts. “Everyone will go for whatever’s sweetest.”

I shrug. It’s my first vote, but if Mico doesn’t think it’s cool then I’m not going to show it. Luckily there’s another hill then, and it’s too much work, pedalling to the peak, for him to dampen my spirits further. As we crest it we see the longhouse, the polling stations where each community votes and markets and negotiates trade allocations. Long bundles of our goose feathers blow in the wind, strung from flagpoles. The kids from Diamond Collective, from the good side of town, are already there, circling the lot. Some of their bikes have smart tires.

“You gotta pass to vote, right? Show you know the issues.”

I think about tasting berries and twists of bread. I wonder if a hint of sweetness would be worth giving up the heavy fill of goose in your belly in February, that sense of being fed, well fed, when the snow’s flying and the nights are long.

“C’mon,” Mico says. “If we fail out of the stakeholder quiz, we can probably take those flashy bikes out for a spin while the others finish the unit.”

As if in agreement, one of the Diamond kids does a spin, then pops up onto their back wheel and bounces, once, twice. Nobody yells at her not to damage the frame.

There’s a long straightaway behind the school. I wonder how fast I could push a bike like that, if I pedalled hard.

Gran said that today I get to decide something for my little sister, for my cousin El. She says even if I go to Saskatoon when I’m grown, they all remain home, facing a plate that I made. That I decided on.

“We can race, Fezzi. You’re crap at tests anyway, aren’t you?”

“It’s not that kind of test,” I say, and then, before he can lean into the sales pitch: “And we can race now. I’ll beat you to the lot!”

I stand up on my bike, then, and pedal for all I’m worth, picking up speed in spite of my dumb tires, chasing Kezia in her chair, chasing the future and all my classmates. Stealing a head start, and leaving Mico to decide if he’s in or out as I fly downhill with my face bent to a wind of my own making, scenting for a future of skunk and summer blueberries. 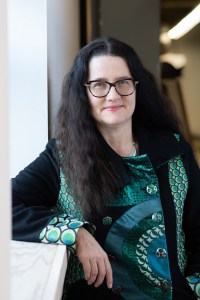 Toronto author and editor L. X. Beckett frittered their youth working as an actor and theatre technician in Southern Alberta before deciding to make a shift into writing science fiction. Their first novella, “Freezing Rain, a Chance of Falling,” appeared in the July/August issue of the Magazine of Fantasy and Science Fiction in 2018, and takes place in the same universe as their 2019 novel Gamechanger. Lex identifies as feminist, lesbian, genderqueer, married, and Slytherin. An insatiable consumer of mystery and crime fiction, as well as true crime narratives, they can be found on Twitter at @LXBeckett or at the Lexicon, lxbeckett.com.