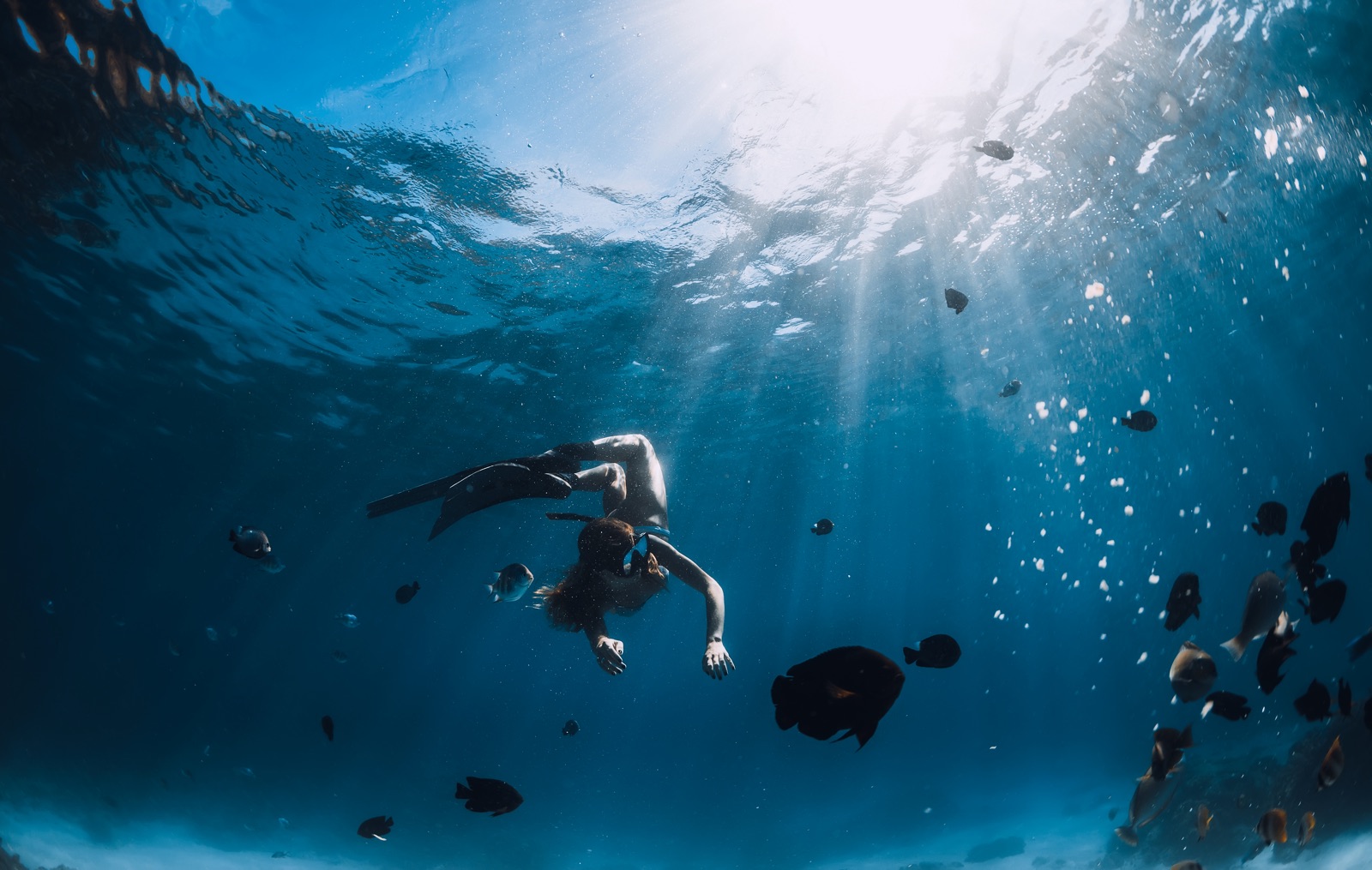 Chérie Duvalon was second-generation Terran, and proud of it.

She sat on hard-packed sand and squinted against its white glare. The afternoon sun dried her stretch thermal sheath and crystallized salt on her skin. Her fair hair fluttered in the breeze, and her diving helmet, weight belt, and fins lay on the sharp sand at her side. She loved the long, corrugated coast from once-drowned Montpellier to Nîmes, while knowing it used to be a steep contour change far inland. The rise of the oceans as the twenty-first century wore on had swamped the low-lying Camargue region between the eastern and western branches of the Rhone, and much more. Over 7000 square kilometres had been lost to the sea locally, and the area now constituted a warm, shallow bank where the life reintroduced since the 2170s was thriving.

Chérie’s family thought she was coming out here to meet a boy, and she was happy with the misconception—the truth, that she simply needed time away from them, was the bitterer. They told her the coast was not safe, that outlaw gangs haunted the marshes, wind-tossed dunes, and salt creeks, plying their illegal trade in black market tech, and she took them seriously ... But the natural beauty was the balm she needed.

She loved her family, but ... Young people were often accused of not seeing the bigger picture, yet sometimes they saw with a scope, a clarity, unfettered by the necessities of day-to-day life. This put their worldview at odds with that of their parents, and Chérie was disturbed by just such details.

She sighed, and let the calm view soothe her. The aquamarine sea faded onto the shore in gentle waves, under a sky of the most intense blue imaginable; the first dune rose a hundred metres at her back, and she was immersed in near-silence. Birds soared, hovering on the warm wind, their cries sweet, and it seemed impossible to imagine every higher life form in this place had been lovingly returned since not long before the birth of her parents.

Her grandparents had been born around 2160 at space city Europa, one of the cluster of complexes out at L5, trailing the moon in its orbit, during the near century when the planet was inimical to human life. Soaring temperatures, skewed O2/CO2 balances, and mass extinction of all higher organisms set in just after 2100—since then, the environment had favoured only extremophiles. But a day came when the great terraforming initiative gained traction, the sun shield out in space modulated incoming radiance, and the global program of reseeding brought life back—millions of species remained to be introduced, but Earth was once more habitable. The remnants of humankind streamed back from the black, to cautiously reawaken long-dead cities and return the sleeping world to its former stature, though this time with technologies geared to the natural processes of the planet—not against it.

Chérie was a troubled child of the twenty-third century. Knowing she belonged to a species capable of exterminating the very life systems she loved was hard enough, but knowing old ways threatened to return was worse. Small-steaders, like her family, were at times hard-pressed to get by with the kind of tech that did not damage the environment, and here and there it was more convenient to burn that rubbish, fail to recycle, or fall back on illegal chemistry to improve yield or ward off pests—also reintroduced as vital components of the wider ecosystem.

Her father had spoken in these terms and gestured to the new idyllic shores and shallows as evidence that it didn’t matter if one person did not live up to the covenant all humans now had with their world. Despite her youth, Chérie knew there was no such thing as only one person failing to follow through—if anyone slacked off, everyone would, and they were not yet three generations into the rehabilitation of the planet.

And he had more than spoken of it. She had seen trash disappear, not stored and recycled properly but simply disappear, and it did not take a genius to know he had taken it out into deep water beyond the old shoreline and dumped it. She had seen receipts from suppliers of maricultural chemistry, suppliers she did not recognize and could not find in reputable databases. What was it he burned in a steel drum on a surface float above their habitat steading?

She had tried to talk to her mother about her misgivings, but been brushed off with platitudes about things “looking up” for them. They were producing excellent yields, supplying alginates and protein biomass to the big combines that synthesized food for the rejuvenating cities; the money was good and the new green economy was thriving. It seemed her mother was tacitly saying they just needed to get through the next few years, and then they would be able to follow the letter of the regulations, instead of merely their spirit. They just needed to get that bit farther ahead ...

What was Chérie meant to think, or feel? This schism, between all she had learned of the painstaking, century-long rehabilitation of the planet, and her father's behaviour when it came to living up to the responsibilities each person had to their world, was enough to drive her to distraction. It hurt to know he was releasing carbon into the sky, using chemistry that may harm life, merely to get ahead of their neighbours. It was a hurt she was finding harder and harder to bear. But to act would make her ungrateful.

She brooded in the afternoon, only the trickle of waters and the cries of birds, the shush of blowing sand, to disturb her. Should she go to the authorities? Tackle him directly? She was afraid to ... He had never been violent, but Maurice Duvalon could be a stern man, and quite set in his ways. He was a scientific farmer of the sea who prided himself on being an old-fashioned Gallic businessman, hard-nosed and willing to make less-than-popular choices in order to build for their personal future. If she reported him, she risked sabotaging her family fortunes. At the very least she would be disloyal to her parents. Yet, if she did not, she facilitated the sabotage of the fragile new life systems of Earth.

Barely three generations back on the planet, and some people were already breaking it again.

Had she not heard her mother speak in hushed tones of the authorities sending people back into space, throwing them off the planet, if they were found wanting? Would the old cities out there become prisons? Then why would her father be so stupid? She could not really credit the notion, but ... maybe it was true. Or was it just a tale to make children behave? She sighed, remembered hours spent in her room, tapping at her tablet, seeking some support or refutation of such disturbing thoughts. She had found nothing, which left her in turmoil.

Being out here in the air and sun was her distraction from such uncomfortable reality, but today she clung to the peace just a little longer than was wise.

The first she knew of trouble was the scrabble of tires up in the dunes, a flicker of movement in the corner of her eye. Figures moved among the rim of thorny grasses and salt bush, and she caught her breath: abduction was a lucrative sideline for criminals.

Heart in mouth, she was up in moments. A hundred metres was not much head start, but she scooped up the plastic helmet, dropped it over her head, and closed it with a hard contact of machined latches. The neck seal inflated and she grabbed her belt and fins to run, her adrenaline surging.

A dozen figures pounded down the dune onto the level sand. Chérie splashed into the sea, went hip deep and twisted. She plunged in backward, threw the belt around her loins, and shoved feet into fins. As her pursuers hit the water’s edge she flipped over, went under, and dolphin-kicked hard into the flickering aqua.

The bioorganic rebreather built into the helmet delivered her oxygen the moment she was under, and the clear forward half of the helmet gave her unrestricted visibility. She bobbed to the surface a minute later to find the smugglers milling shoulder deep, not equipped to follow. She sighed, heart steadying, and duck-dived to follow the bed she knew so well to a gully, soar gently into it, and make her way south away from the land across what had once been green country.

If people’s sense of responsibility had faded already, what could they expect from tomorrow? The smugglers proved the point: renegades, making fast profits the old way, and it was not good enough. Chérie’s young face was set with resolve as she crossed the new corals and seagrass meadows, following the slope into cooler, blue waters, and when she found, ahead, the habitat lights of the family mariculture steading, one of dozens of small farming operations threaded along the coast to work the rich new Camargue Bank, her mind was made up.

It was made up even more as she saw a small robotic submersible working the kelp beds where they grew alginates, and knew beyond any doubt it was treating the great fronds with substances ultimately harmful to the organisms with which they shared this place. She scowled behind her faceplate, alighted on her knees to watch the machine moving among the kelp, and shook her head. The fish and mollusks that used these beds as a new and vigorous habitat would themselves sicken and die, perhaps first passing on broken genes, which called for yet more intervention to repair ...

She steeled her resolve, her stomach turning at the prospect, but she knew she had no choice. And if she heard anything less than she needed to, it would be the gendarmes. Loyalty be damned, if the last hundred and sixty years had taught the human race anything, it was that some priorities were not negotiable. She would tackle her father. 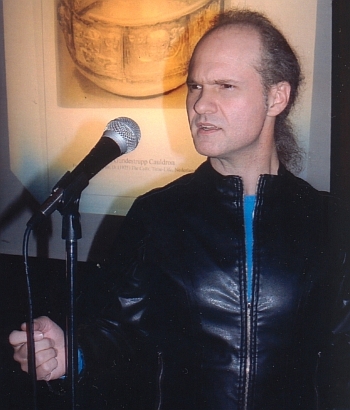 Mike Adamson holds a Doctoral degree from Flinders University of South Australia. After early aspirations in art and writing, Mike returned to study and secured qualifications in both marine biology and archaeology. Mike has been a university educator since 2006, has worked in the replication of convincing ancient fossils, is a passionate photographer, a master-level hobbyist, and a journalist for international magazines. Short fiction sales include to The Strand, Little Blue Marble, Weird Tales, Abyss and Apex, Daily Science Fiction, Compelling Science Fiction, and Nature Futures. Mike has placed some 160 stories to date. You can catch up with his writing career at “The View From the Keyboard.”