I Hope This Email Does Not Find You
S. G. Baker
Fiction
December 9, 2022
Dilemma, with Omnivore
Keyan Bowes
Fiction
September 6, 2019
When Appliances Go Green
Matt Colborn
Fiction
November 22, 2017
The Cats of Kruger
R. D. Harris
Fiction
January 15, 2021
Farming with Cranky
Matt Tighe
Fiction
December 23, 2022
What can we get you? 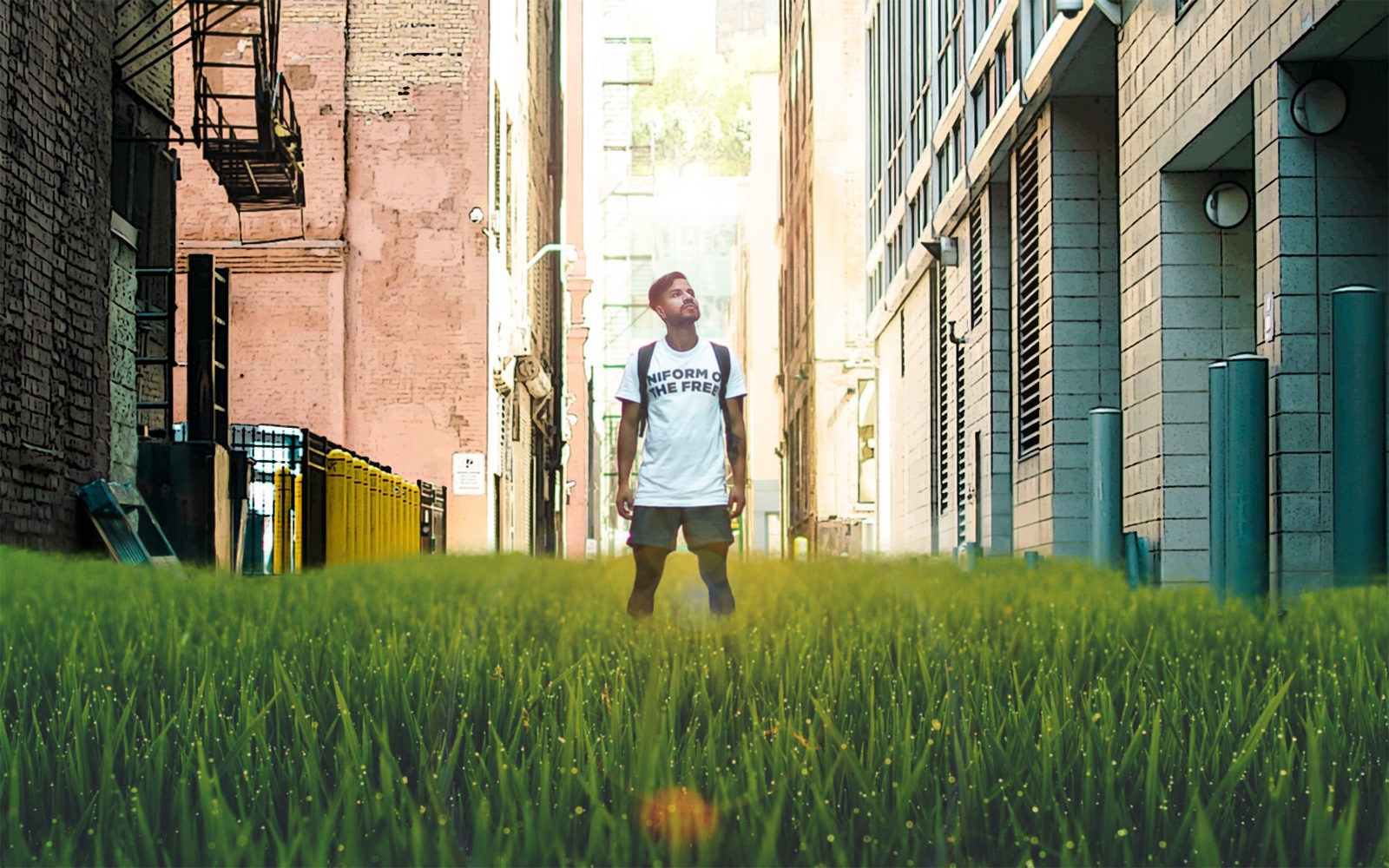 The first time I tried to regreen our town, I was sixteen. I got sentenced to 150 hours of community service, which Trev told the judge was ironic, seeing as we’d been trying to do the community a service in the first place, and it had only taken us a fraction of that.

According to the prosecutor, we were guilty of vandalism, disturbing the peace, and unlicensed dumping on city property—there’s nothing like a bit of creative sentencing. Seeing as what we specifically did was reappropriate the cast-offs when our local sports centre returfed their playing field and covered 7000 square metres of Main Street with reasonable quality grass, Trev wondered why they didn’t try to pin drug dealing on us too.

I kept my head down, did my time, and got back to my studies. Trev spent his downtime planning how to do our guerrilla activism better in future.

The second time I tried to regreen our town, I was getting ready to leave for college.

Every autumn, our town has a harvest festival—what town doesn’t? There’s a big parade, all the local schools and businesses decorate floats and drive slowly through the crowds, then everyone follows them out to Manor Park on the outskirts of town, where the mayor and his wife give speeches and the corporate sponsors lay on a giant buffet. That year, as soon as everyone was out of the way, we showed up in a truck Trev had “borrowed” from a nearby farm and dumped a layer of earth all the way from Bakerstown Lane to Humbolt Street, right past the new shopping mall, peppered with the fastest-growing variety of bamboo seeds you could bulk order online.

By the time the first people started drifting back home in the early evening, a mini forest almost a foot high blocked access to the supermarket. By the time the council got its act together and arranged a harvest, the bamboo stood over shoulder high.

When Trev hits on an idea he likes, he doesn’t let it go easily.

It was great, but it still got torn up, and no one had any doubt about who was responsible. About a week later the police traced the seed purchase to Trev. His parents got a knock on the door, and this time Trev got six months inside.

He kept my name out of it, bless him.

And by the time he got out, I’d changed my degree to Ecology and Agriculture.

The third time I tried to regreen our town, I decided to do it on the up-and-up.

My graduation project was on urban farming, but it wasn’t a hypothetical thing, it was as grounded as they come. I based the whole thing on the old multilevel car park in back of the shopping mall. I’d gotten hold of the original blueprints and designed a self-sustaining vertical farm based on it: on the roof I’d put rain collectors to ease the water burden, and solar panels to help power the grow lights; it’d have eight floors of fruit and veg production, some of it hydroponic, some semitraditional.

I had a whole business model prepared. I’d start a company, rent four floors to small local farmers, four we’d run ourselves, and we’d sell all goods strictly within the immediate vicinity for a minimal carbon footprint. I’d divide the one floor left over into private plots for members of the public—there hadn’t been a proper allotment in town since before I was born, and as part of my project I’d canvassed residents and farmers, pitched the idea, and got letters of support and interest from all sides. I even secured a loan agreement from my bank, conditional on the council agreeing to sell me the site.

Instead, at the mayor’s encouragement, the council signed the site over to a property developer, to knock it down and build a bunch of trendy new apartments.

Happily, Trev was on parole at the time, so he got me drunk, showed me all his latest tattoos, and told me I was a fool for abandoning the tried and tested strategy of blocking streets with earth and plant matter. Given that his latest spell inside was for doing exactly that, yet again, you’d think I’d have had the sense to ignore him.

The fourth time I tried to regreen our town, I decided to meet Trev halfway.

We cruised around town, scouting the ideal location. Not in front of the town hall, or the mall, none of the places Trev thought would make the biggest statement—for all his teenaged insights, he’d never quite clicked that he kept choosing the wrong targets.

No, I was looking for something else.

Somewhere out on the edge of town would be good. Not the best neighbourhood, the kind of place where the road surface is three-quarters pothole, and the paving slabs look like someone took a sledgehammer to them. Not many jobs, not many cars, because no one can afford to fix or run them anymore.

We found just the place.

One night, we rolled up in another borrowed truck, tilted the back, and carefully filled the whole street with earth from sidewalk to sidewalk—Trev’s modus operandi to a tee. But this time, we planted vegetable gardens in front of every house, and leaflets in the mailboxes with a plan of the plots and some basic guidelines, so the new lucky owners would know what to do with them. I also included a calculation of how much money they’d save if they kept them going—you’d be surprised.

The finishing touch? Two strips of turf unrolled over those mangy sidewalks for the kids to play on. Complete with a sign reading “Please Walk on The Grass.”

The town council went nuts, of course. But would you believe that, when they finally sent workmen in to clear up “the mess,” the residents locked arms and refused to let them through? The mayor himself went to placate them and explain how it was a misuse of civic property, but he wasn’t very pleased to see the local TV station show up to record the event, and didn’t have good answers for why a broken-down minefield that hadn’t seen public works in twenty years was a better use of the street than what they had now.

It was lead story on the evening news, went statewide, even landed a passing joke on a syndicated late-night show. The whole town was thrilled, the mayor excepted.

And the night after that Trev and I struck again, shock-and-awe style this time, dumping huge mounds of earth at the top of thirteen streets, with shovels, seeds, and instructions piled on top of them. People knew the deal now, we can’t do it all for you.

We managed three more nights of that before we got caught.

I was a first-time offender, at least as an adult, so even though the plan was mostly my idea I didn’t get too harsh a sentence. When I got out, Trev still had a couple of years on his account. He didn’t mind that so much, and certainly didn’t blame me—as far as he’s concerned, “Market Garden 2.0” was our most successful operation by far.

We both worked the prison farm, helped really make something of it. So when I headed back to the world I was leaving it in capable hands. Trev’s developed a pretty green thumb. Said he had to, because the place needed someone reliable to keep things up to scratch until I got myself sent back in for the next big action.

That’s not really part of my next plan, though.

See, those mountains of earth we left blocking streets all over town? Half of them are vegetable gardens now. The council doesn’t like it and the mayor is pissed, but we mostly picked our targets well, and if there’s one thing all politicians have long since learned it’s that they can’t afford to upset happy voters.

If there’s one thing I’ve learned, it’s this:

If you want to win the battle, choose the right battleground.

The fifth time I try to regreen my town, I’ll be running for office. 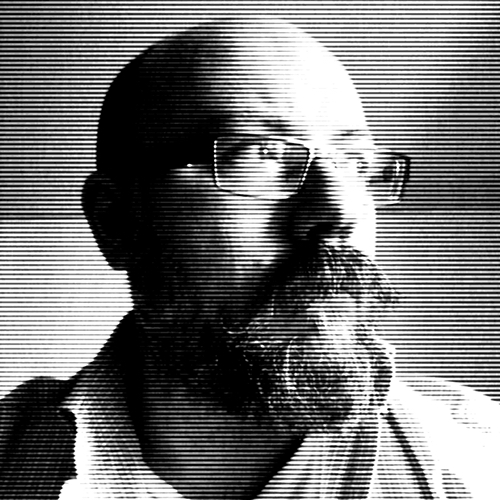 Andrew Leon Hudson is a technical writer by day, and is technically a writer by night as well. His short fiction has appeared in Cossmass Infinities, Triangulation: Dark Skies, Metaphorosis, and is forthcoming in Dark Matter Magazine. He's one-third co-author of the serial novel Archipelago and editor of Mythaxis Magazine. He lives in Barcelona, Spain, where he's waiting for the world to end, in one sense or another.