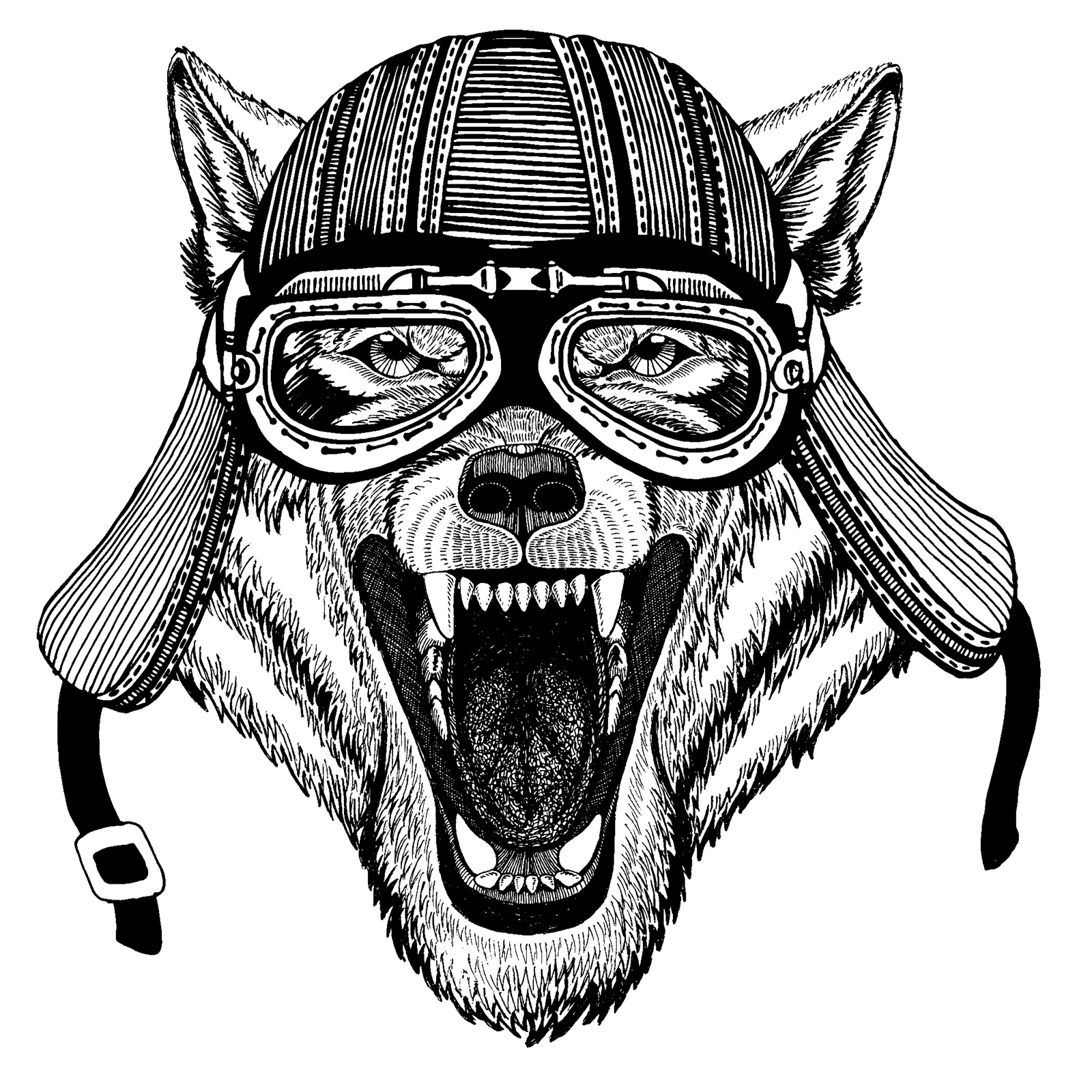 New year, new rations, same drought. The Wide River still a dust bowl between the public house and homes to the south, the farms beyond. Despite the heat, people trickled in to pick up their water—even the outsiders, the temp workers here for the new development. They needed to drink too, I supposed.

The mayor lined up with everyone else during the after-dinner rush, looking less polished than usual. The broad green sheaths of her hair were flat, her skin shining with sweat. She leaned toward me and whispered as I lifted her water ration to the bar top. Her voice like wind through leaves sent shivers to the ends of me. She never talked like that, not when she was campaigning anyway. She said, “The Wolf Boys are coming, Raoula. I have it on good authority.”

“You want me to change the locks and send ’em away?” We both laughed. But there was something dark as dirt behind her eyes even as her men collected the water and ushered her away.

The Wolf Boy must have killed his bike’s engine and coasted into town. A Wolf Boy never padded into town like an animal with a secret. With Wolf Boys, it was all whooping and howling, screaming and snarling. Except for Rush, when he came for me. It was past 3 a.m. when he jimmied the lock, having refused my offer of a key as something too forward. Too conventional. Too permanent. He’d had a lot to say then, after our first night together, about the optics of a Wolf Boy having a key to an apartment belonging to the dyke fox at the public house. He’d insisted on this charade and I’d let him keep it. There was so little comfort in this world for tender souls.

But now I was dressed and sitting with my gun in my lap. As he crested the top step, it was primed and pointed. A girl couldn’t be too careful. When I confirmed it was Rush, though, I tucked the gun into my bedside drawer and retrieved what I knew he was here for. The leather straps were soft and cool on my fingertips, the bare skin of my thighs.

He shook his head even as he pulled off his shirt, revealing raised hackles all the way from nape to ass crack. “Raoula, I have to tell you something.”

Rush’s body was a reed primed to the currents of feeling. Even the thick fur that covered his shoulders, the backs of his arms, rippled and flicked in response to the smallest stimuli. I couldn’t help but blow a hot breath over his back and watch the dance of Rush’s anxiety in the gradient waves of his hair.

“After,” I growled. And he did tell me after, when he was pooled and panting in my lap, and my hips were still aching with the effort.

After Rush left, I hauled all the whiskey I had up to the bar. The Wolf Boys could be particular—but not that particular. One case of Maker’s Mark and two of Jack. If the Wolf Boys were here for a job, we were going to need it.

Rush was at the bar, weight on his elbows as he perched at the edge of his seat like he was nursing hurt. I mixed a gimlet, feeling the sting of the lime on my fingers, and slid it down to him, undecided if it was an apology or a provocation. But before we could get into it, a Wolf Girl I’d not seen before pushed up to the bar, turned her jaw to me and yawned, long tongue lolling.

On closer inspection, maybe not a girl. Or a wolf. It was hard to tell these days, with everyone mixing their own genetic cocktails—girls, boys, enbies, wolves, foxes, martins, snakes, trees. I didn’t give a fuck. If you ran with the wolves you were good in my eyes.

My thing for the mayor was an aberration in that regard. But I’d had my eye on this willow-splice for a while, ever since she was not much more than a sapling on town council. I’d always liked soft things—and Rush was evidence of that. But he was a soft thing that others mistook for hard, him being a Wolf Boy and all. The mayor, though, she was a different kind of creature and this business with the wolves had already gone some way to confirm it. The way she hedged around what needed to be done, carefully weighing impacts before setting a plan in motion—the way she wore that consideration in the bend of her body—told me what I needed to know about the shape of her heartwood.

Turns out, it was the mayor that the young wolfling was eyeballing. Together we watched her gather her long limbs, shaking like an aspen as she moved to the back room with the biggest Wolf Boys. I counted the minutes in poured drinks and glasses washed and dried, but the mayor did not emerge until near closing. Even then she appeared well after the Wolf Boys had gathered up their ranks and screamed into the hills.

That night, the first of the outsiders from the developer’s camp went missing.

I was tacking the week’s new posters to the community board when the mayor swept past me, her leaves brushing the bare skin on the backs of my arms. She didn’t turn to look at the faces of the missing—each of them with a wide, vacant gaze, some with horns or antlers unfiled. They were pictures taken from the developer’s employee identification database, the stark lighting emphasizing a herbivore’s backwards glance, as if each of the missing knew upon signing up for the job that they would become targets. That they were already prey. The mayor, though, she held her gaze straight as she pulled up to the end of the bar. But by the time I got her a glass, she was weeping.

I poured golden Solera deep and watched as she gulped it down and pushed her glass back to me. She was so beautiful, even as she trembled with sorrow. Her knotted skin was a dark grey-green. Black where her tears fell.

“Remember that experiment they did in Lamar Valley?” she asked, touching her glass to her lips and putting it down again without drinking. “The reintroduction of Mackenzie Valley wolves? How it produced a chain of effects that the scientists hadn’t anticipated? The predators controlled the grazers, which allowed for vegetation to grow, which then brought the waters back to the land?” Her words were slurred, even as she breathed through the burn of her third drink.

I held my tongue, the whiskey in one hand and my hope gripped in the other.

“We have too many grazers. Too many who will take a bite out of anyone and anything they can. I had to call them, Raoula. The wolves. You understand, don’t you?”

With my heart choking me, I closed my eyes. Shook my head. Swallowed. “Next time, Willa. If you still want it.”

I dream of Willa in my bed a year later. My tongue in the crooks of her. Her rough skin scraping me raw. I dream of her even though she sends her men to pick up her orders. Even though she walks by without even looking at her own reflection in the pub window.

A year later, after the signs on the community board have faded, after the Wolf Boys have roared their return to the hills, I still dream of Willa. I dream that she will come to me, that she will lay down her grief, give up her shame, and say “Raoula, I did what I had to do, and look what’s come of it!” I dream that her leafy crown will shake with laughter as she says, “Of course, I did it for myself. For my people, the trees. But all of you will prosper too.” These dreams stay with me. They have made a home inside me: cool, verdant, growing. Growing.

My dream Willa is still with me when I come downstairs and wade through river water three feet deep, the power of it having collapsed the shelf behind the bar some weeks ago now. In the current, bottles bob about like they have urgent messages to deliver. Broken glass glints beneath clear eddies. I scoop some of the water—impossibly cool and clean—into a glass and drink. 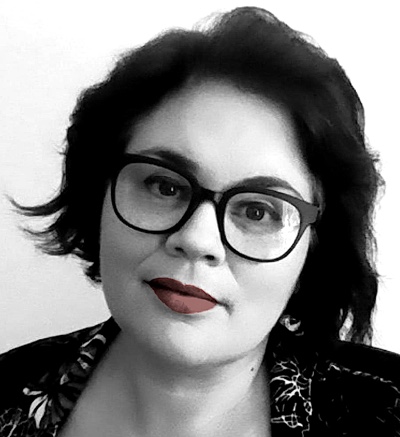 Eileen Gunnell Lee is a writer, educator, a recent PhD in literature, and a general logophile. She has stories published in or forthcoming from Nightmare Magazine, Escape Pod, Selene Quarterly, Fusion Fragment, and others. As Selena Middleton, she is Publisher and Editor-in-Chief at Stelliform Press, where she champions a new wave of climate fiction which considers relations of all kinds as ecology. Living halfway up the Niagara Escarpment in Hamilton, Ontario, she regularly meets deer, foxes, coyotes, and cloaked riders on horseback.