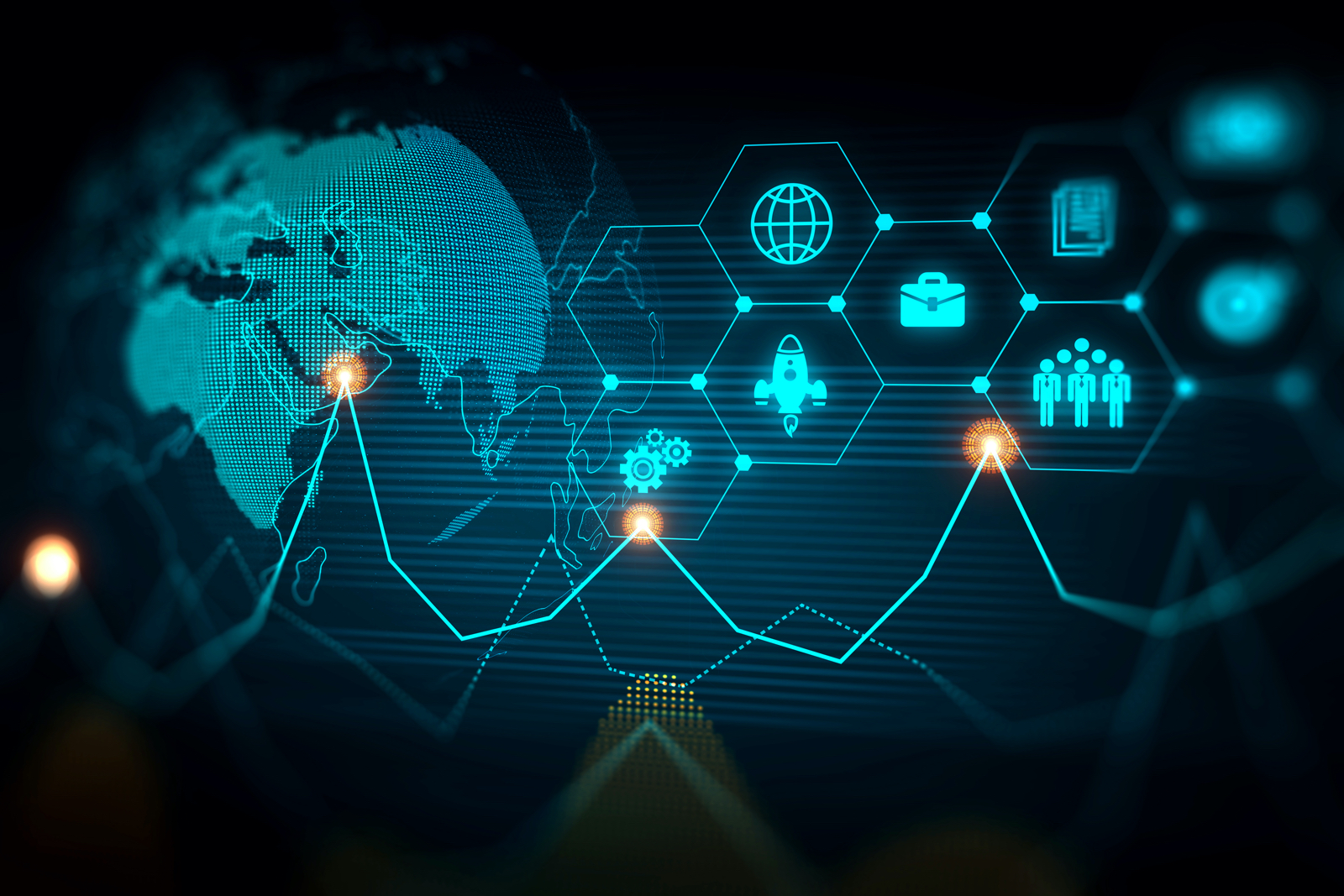 Nelli Song sniffled as she entered the low-gravity waiting room. The room was filled with various species from the Orion Arm, most of them related to the Hant Collective, three-headed beings who talked with their feet. She shuffled towards the window. Her hair was in a bun and she wore grey sweatpants, a college sweatshirt, an air filter, and Converse All Stars. An Orileon Stomper pushed out a clipboard with papers to fill out.

The Stomper stared for a moment before lifting a black metal box and pointing to it.

Nelli leaned towards the metal box. “I need a translator.”

The Stomper whistled and a short Fuscillian Bont waddled around the desk and led Nelli to the back of the waiting room, dragging along a small console. The pair settled into two big purple molded chairs. The Bont had stubby limbs and wore a mask. “What brings you here today?”

“I’m sorry to hear that.” The Bont had a low droning voice. “Name of planet?”

“And how much does your planet weigh?”

“We can figure that out later. Atmosphere?”

“Nitrogen mostly. With some oxygen.”

“Well, things do seem to be getting warmer.”

“Warmer? How much warmer?

The Bont paused. Its ears twitched and then it pressed some buttons on its console. “Any radiation? Surface scarring? Dead zones?”

“Decline in your water cycle?”

The Bont wiggled its fingers. “And what’s your major complaint today?”

The Bont nodded severely. “Anything else?”

The Bont pressed more buttons. “Just a few more questions for billing. What species are you?”

“Honzis, haroocroo, hamsters ... human. There you are. Do you speak for the entire planet?”

“No, humans. Do humans speak for the entire planet?”

“Well, Earth does have a lot of species. But humans tend to take charge. And humans are self-aware. Some of us feel bad, maybe even responsible for our planet’s climate change.”

“I’ll just put ‘yes.’ ” The Bont tapped the screen. “And do you have insurance?”

“A GPO, an SMO, or something from the galactic exchange?”

Nelli shifted in her seat. “No.”

“That’s fine. We’ll figure out payment later.” The Bont hopped off its chair. “Wait right here for your planet to be called. The doctor will see you soon.”

In twenty minutes, Nelli was ushered into a small white room with various types of exam tables. On the wall hung educational posters about maintaining the health of your planet. The posters were printed in polyglot blocks, which she could barely decipher. One said, “Solar Flares and You.” Another said, “Know Your Magnetic Field.” A third, “You and Comet-Transmitted Diseases.”

While waiting, Nelli paced the small room, questioning why she had come all this way for urgent care. Her family thought she was being a worrywart. Her coworkers called her overly dramatic. Her best friend proclaimed that going into space was a waste of resources, resources that could be better spent on Earth. But Nelli needed to know. She yearned for an outsider’s opinion. She wanted to hear from an expert that Earth was OK.

Finally the doctor arrived. It was a Pex Jah Loofin with multiple arms, periwinkle skin, and a white coat. It was followed by the Bont. The doctor made a number of wheezing noises that the Bont quickly translated.

“Good morning, Nelli. Oh my, you look terrible. Is your planet not treating you well?” The doctor eyed the console and then snapped three hands. “No, no. Forget that. You’re a human. That’s how you’re supposed to look.” It tilted its head. “So what seems to be the problem?”

Nelli sat on an exam table and took a long breath. “Climate change.”

The doctor cocked its head the other way. “And on a scale of one to ten, how bad is it?”

“Um.” Nelli fidgeted. “Some people think it’s a ten and Earth is doomed. Others think it’s a one, and no big deal.”

“Just give me a number.”

“Let’s call it a five.” The doctor wheezed. “What do you hope to accomplish today?”

“I want to make sure that Earth is OK.”

The doctor made an expression that could have been a smile. “That seems like a reasonable request. I think we can do that.” The doctor went over to the sink and washed its hands. “How are things since you left? It’s not apocalyptic is it?”

“But also, not paradise?”

“Is your sun producing enough heat?”

“Is your atmosphere still intact?”

“Wonderful. Let’s take a closer look.” The doctor tapped on the console and a large hologram of Earth popped up in the middle of the room. “These images are from four months ago, but they should give us a good sense of what’s going on.”  The hologram rotated and zoomed. The doctor stood back and waved its four arms. “What a beautiful planet. Nice cloud coverage. Large oceans. Teeming with life. You have a vibrant magnetic field.”

The doctor fiddled with the hologram, seeming to feel for a pulse. “And the temperature looks fine. Perfect for water-based lifeforms. Although there are signs of warming.”

Nelli’s stomach dropped. “There are?”

“It’s not critical. Not yet.” The doctor wheezed. “But I do see evidence of rising sea levels. Melting ice caps. And maybe an increase in cataclysmic storms?”

“Has your planet experienced this before?”

“How far back does your climate history go?”

“Did you bring records?”

The Bont interrupted. “Earth’s records have been transferred to the database.”

“Wonderful.” The doctor turned back to the console and made a humming noise. “The data’s a little spotty. Not much prior to ten thousand years. But I do see evidence of climate change. The fluctuations are fairly regular. Earth’s gone through more than a few ice ages. And a number of extinction events. Both rising and falling ocean levels. It looks like a chronic issue.”

“Don’t fret. It’s a normal diagnosis for a terrestrial planet of your size. Especially one that’s nontidally locked and has large oceans. We see it all the time.”

“Sure.” The doctor folded its four arms. “And as a dominant species, there are things you can do. Nobody likes unpredictable weather, do they? Or major extinction events. If your species can control its risky behaviour, you’ll get through this. Everything will be fine.”

“Really.” The doctor patted her on the knee and went back to the console. “I’m going to prescribe you some global-biotics that should help with species loss. I also suggest cutting down on greenhouse gases, stopping nuclear weapons proliferation, and placing caps on your pollution. Understand?”

“You can fill this at the pharmacy.” He handed her a prescription. “Is there anything else?”

“Do you have any more questions?”

Nelli tried to think. She had travelled halfway across the galaxy and felt strangely unsatisfied. The appointment had lasted less than five minutes. She hadn’t even considered asking another question. “I don’t think so,” she said.

“Fine.” The doctor turned towards the door. “It was nice meeting you. Have a pleasant trip back to your home planet.”

The Bont waddled past.

“Wait.” Nelli jumped off the table. “Just to make sure, Earth will be fine, right? That’s what you are saying?”

“Of course.” The doctor turned. “Your planet is perfectly healthy. And it should remain so for at least a hundred million years.”

“A hundred million! Oh, thank god!” Nelli released her breath and clasped her hands. “It’s such a relief.”

She stepped back. “And our species?  We will be fine too?”

The doctor paused. “What’s that?”

The Bont looked at the floor.

“Our species. Humans,” said Nelli. “Will humans be OK too? Will we also survive for a hundred million years?”

The Bont twitched its ears.

The doctor folded its arms. “I’m sorry, but I can’t answer that.”

“No.” The doctor wheezed. “For that, you need a specialist.” 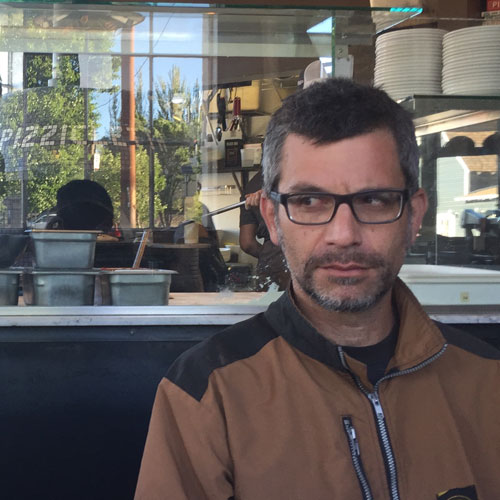 Mark S. Bailen is an author, illustrator, website developer and lousy photographer. He lives in an orange cabin in the woods in Flagstaff, AZ with his wife and teenage son. He has published in the High Plains Literary Review, the Sonora Review and the Cimarron Review. He has also written and illustrated an award-winning children’s book about the environment, titled Earf. Learn more about Mark S. Bailen at fakemountain.com.