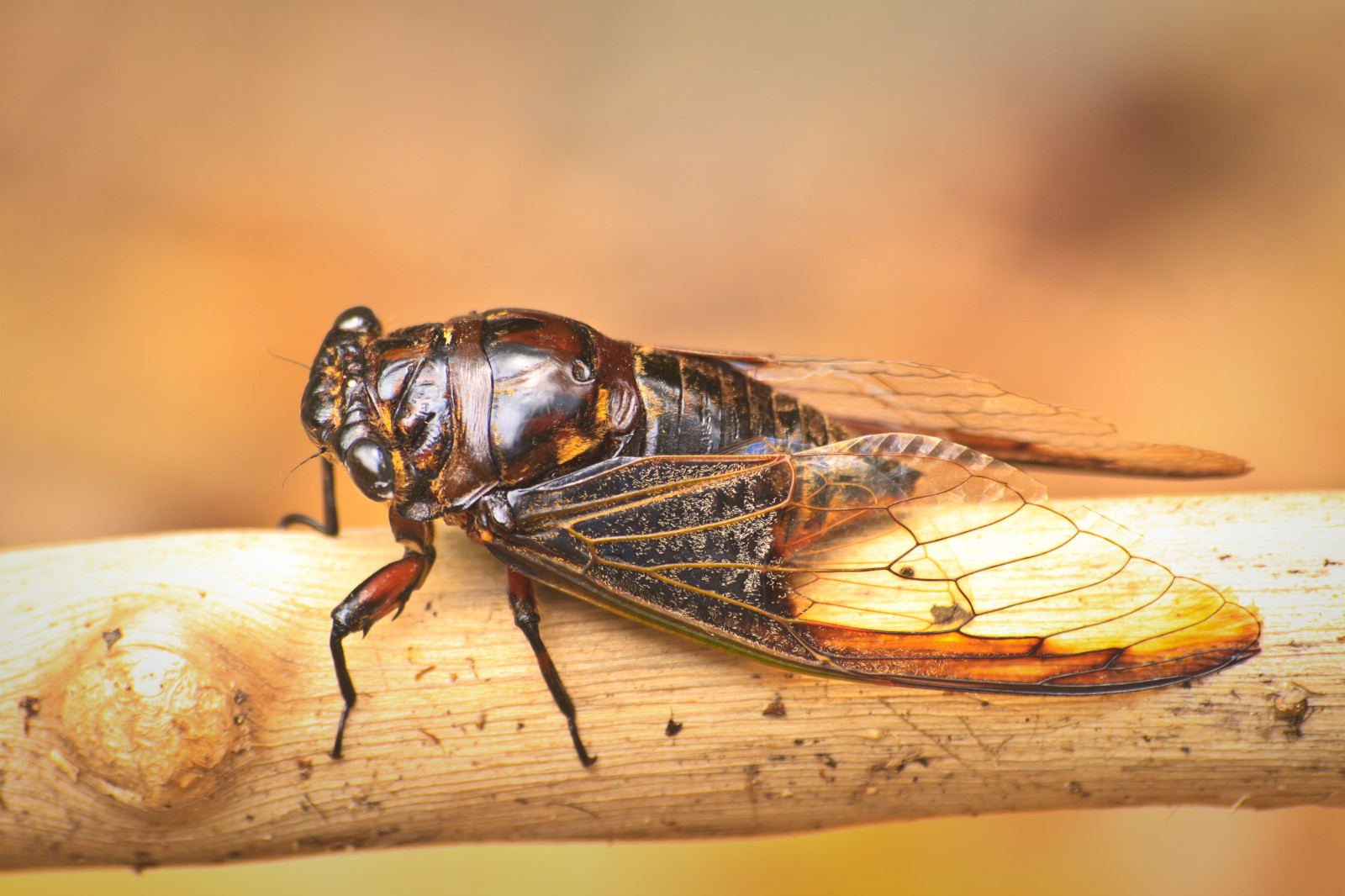 When Last the Cicadas Sang

“Let’s go listen for cicadas,” Ansibel said. The eight-year-old picked at a big book of insects with grubby fingernails. “They should come out soon.”

Kara stood, stretching her old back. Weeding the garden next to her farmhouse had always been a way to relax after a long day, but it got harder and harder every year. And now this. Kara knew better than to fight her granddaughter’s foolish optimism head-on. The child wouldn’t believe anything but the shiniest rays of hope, and Kara had run clean out of those ages ago. “We can walk out and see,” she said. Truth was, she needed to walk her fields from time to time anyway.

“Cicadas can live underground for a long time,” Ansibel said, paging through her book. Big, glossy photos of the periodical insects filled whole pages. “Then they all come out at once.”

It served Kara right for letting the kid read the old stack of children’s books from the farmhouse basement. She’d be hearing about cicadas for a week before something else sparked the kid’s interest.

Gravel crunched underfoot as the two left the farmhouse and made their way toward the setting sun. Late spring winds carried away the damp scent of melted snow, and birds danced along the pine windbreak along the long driveway.

They followed a trail into the field, where the freshly seeded soybeans grew up alongside stocky hazelnuts. This was Kara’s oldest hazelnut field, established after a corn and soy rotation had nearly ruined the soil. Now, the earth was rich and deep, and Kara bent down to run her fingers through it.

“The book says they like to sing,” Ansibel said. “At dusk.”

“It’s been a long time since anyone’s heard the cicadas sing, dear.”

A knot formed in the back of Kara’s chest. “A long time ago, scientists warned of a disaster, and folks didn’t believe them. They said there’d be a change in temperature. They said our soil would die.”

They walked in silence for a long time, but the words stuck in Kara’s throat. It had been so long since she’d spoken of any of this. The last dregs of the sunset’s orange glow set the pines alight as the two passed the barrier forest. The field beyond was fallow, long since returned to its original wetland in an attempt to bring peace to the ravaged earth. Beyond, the first few fireflies of the evening sparked in the shadows. They had survived, at least.

Finally, Ansibel said, “We learned about the big climate change in school. It got bad and then you fixed it.”

“But you helped. You were a farmer, weren’t you?”

“In class we learned that the farmers helped stop climate change by changing what they planted and by changing how they used soil.” The book closed in Ansibel’s hands, and she gripped it tightly.

What could Kara tell the child? The truth hurt so much. Still, truth was all she could think to say. “I wasn’t a hero, Ansibel. I denied the changes even as the world burned and the oceans turned to acid. The storms came and we fought so hard because changing our way of life seemed too painful. Too threatening.”

“But weren’t the storms more threatening?”

“Sometimes nothing is as scary as admitting you’re wrong.”

“Oh.” The girl’s response couldn’t possibly have carried all the accusation Kara felt she deserved, but it was close.

Guilt ached cold in Kara’s chest like shards of a broken icicle. “We eventually changed when the laws made us change, but it was too late. It didn’t fix things fast enough because of folks like me,” Kara said. “The world returned to something like normal, but by then a lot of animals were gone. We almost lost the bees. Took a while before they realized all the cicadas were gone.”

The eight-year-old’s brow furrowed. Not only were the cicadas gone, but to discover the person responsible for their passing was her own grandmother? The child would never hear their beautiful song. Never! Kara couldn’t imagine how much that must hurt.

Then, Ansibel said, “Maybe they aren’t all dead. Maybe they’re only being quiet.”

“My book says they’re not always noisy. And it says sometimes they stay underground for years and years.”

“It’s been—” but the words choked in Kara’s throat. She sat on a fallen log. Some oak felled years ago on the farm. Ansibel sat next to her. What more could she tell the girl? How could she admit to Ansibel that there really was no more hope? It had been fifty years since anyone had heard a cicada. “Let’s listen for a while, then,” she said.

Together, they sat watching the lightning bugs dance across the fallow wetlands, and when Kara listened at the very edge of hearing, she heard the far-off song of the cicadas echoing to her from across those many, many years. 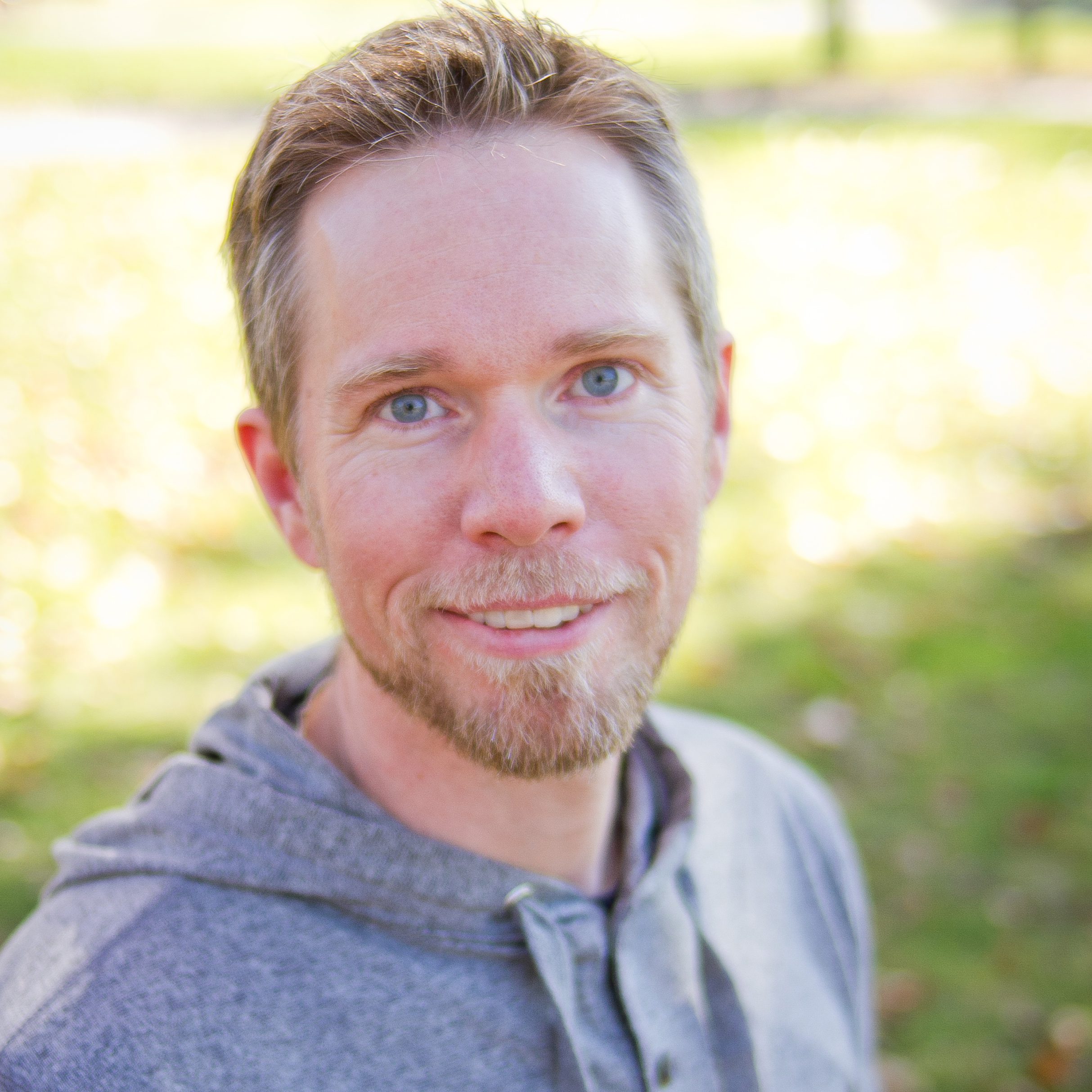 Anthony W. Eichenlaub is the author of short stories featured in Curious Fictions and the anthologies A Punk Rock Future and Fell Beasts and Fair. His science fiction novels aim for the lofty goal of "serious ideas, absurdly fun," and vary from the Minnesotan technothriller Grandfather Anonymous to the planet-crashing adventure Of a Strange World Made. In his spare time he enjoys woodworking, landscaping, and macro photography.