Beneath Everything the Future Still Exists
Maggie Chirdo
Poetry
February 25, 2022
When Last the Cicadas Sang
Anthony W. Eichenlaub
Fiction
December 18, 2020
The Knells of Agassiz
Holly Schofield
Fiction
February 28, 2020
Stories and Second Chances
Tamoha Sengupta
Fiction
September 11, 2020
The Cats of Kruger
R. D. Harris
Fiction
January 15, 2021
What can we get you? 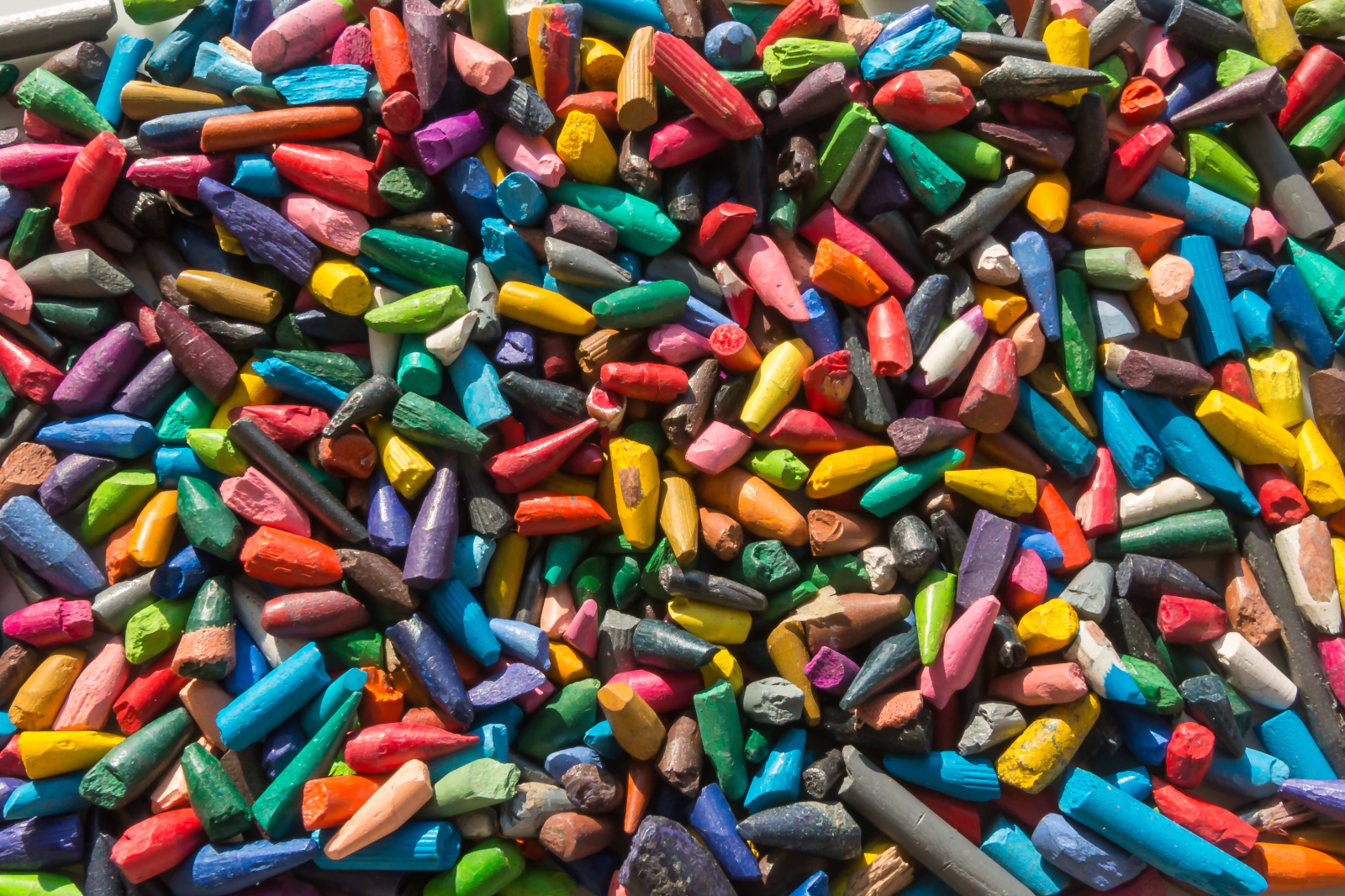 A New Once Upon a Time

“Okay everyone!” Mrs. Pratt called. “Time to turn in your drawings of the seasons and line up to go to music class.”

Most of the kids cheered at that. A few groaned. All put the finishing touches on their art. Jason added the little frog he put in every drawing. Allison’s tongue found its way out of the corner of her mouth, as it always did when she really concentrated. Then they were done too, hurrying to join the rest of the class to go bang xylophones and tink triangles.

After they were gone, Mrs. Pratt went around and gathered the crayons they’d been using. All the blue crayons were pretty worn down, from all the skies. The brown crayons were fairly worn down too, from the tree trunks and leaves. And, as she had come to expect in recent years, the orange, red, and yellow crayons hadn’t been touched.

She set the brilliant unused colours in a straight line on the desk in front of her. She took a long slow, breath. Then she methodically smashed the crayons with her stapler, sending a tropical festival of coloured shards exploding to all sides.

“Whoa, Jenn,” a voice said. Mrs. Pratt looked up. It was Sharon Williams, who taught the other section of kindergarten. “You know they’re just kids, right? Their drawings are supposed to suck.”

She was smiling when she said it, to make it clear she was joking, but Jennifer Pratt just shook her head. “That’s just it,” she said. “They don’t suck. It’s worse. They’re accurate. Look!”

She held up a drawing. It was easily recognizable as the school building. Along one side, there were two lines of trees. One line brown and gnarled, both trunk and leaves, like a muddy witch bent with the weight of age and secrets. The other impossibly tall and straight, the trees’ dragonfly-wing-like leaves shimmering an electric green in the sun.

“See,” Jenn told her colleague. “The little Harris boy captured both kinds of trees: the natural ones, struggling to keep up with the extra CO2 in the air, and the GMO ones designed for the new atmosphere.” Their roots thrived in the presence of plastic fibres in the soil, accelerating their decay.

Without waiting for an answer, she went on. “I know I should be glad for the new trees. They’re a big help and a big hope. But darn it, I miss fall. I miss leaves changing colours. And I liked seeing the kids draw them!”

“So, you’re destroying the orange crayons because the leaves don’t change colour anymore? What about Halloween?” Sharon asked. She let her voice get small and desperate. “What will they do about the pumpkins?”

Jennifer Pratt laughed, though there was the ghost of a sob audible to both teachers in it. “Oh yes, the Jack and Jill O’Lanterns! Can’t leave the kids without any orange for those.”

Though neither woman knew it, across the school, in the fifth-grade science classroom, a similar argument was playing out, this one over textbooks and lesson plans. On the surface, though, it would have seemed completely different: an argument about compliance and regulations.

“So here’s the thing,” Mr. Ellis explained. “Our funding is tied to student performance on statewide standardized tests.”

Mrs. Denton—or “Principal Helen,” as she insisted the students call her—smiled a tired smile. “Yes, I am intimately familiar with this requirement, and know just how badly standardized test measures intelligence, or even academic progress. I could show you studies …”

Mr. Ellis raised a hand. “We’re not disagreeing about that, and, as much as tests suck, I’m not complaining about them.”

“No. I’m asking for something different, something smaller but trickier. I am completely willing to build my curriculum around the mandated tests or use the district-mandated materials. However … they don’t match up anymore. There was always a gap here or there, but now …”

Mr. Ellis did. It didn’t take long. The discontinuity was obvious, and so was the cause. One administration had mandated including the most up-to-date science knowledge, to equip students as well as possible to deal with climate change and other rising challenges. Another administration had mandated teaching only sound, traditional knowledge, which they said was to avoid speculative overreach, but which Mr. Ellis maintained was to pacify their base and pretend things weren’t changing.

“If it was just their minds they were keeping closed,” he said, “I wouldn’t care. However, two things are at stake here. First, these are our kids we’re talking about. I want them to have the best education I can give them. And second …”

He hesitated, and Principal Helen finished his sentence. “It’s our funding at stake, and maybe our jobs.”

The two started brainstorming, torn between several very real and conflicting desires: a desire to teach well, a desire to follow the rules, a desire to keep their jobs, and finally, a desire so deep it was almost wordless.

To have a real answer to the larger questions of change.

Usually when Principal Helen worked out a solution to a multifaceted problem, she liked to use the whiteboard to track ideas, so no one had to depend on their memory and people could literally see connections among ideas. Today, she stood still, with her back to the door, and didn’t take any notes. It wasn’t until she left, with no answers beyond a promise they’d talk later, that she realized why.

She had been standing with her back to the door because she too was “turning her back” to the problems she was facing, or rather, wasn’t facing. And she didn’t take any notes because … she didn’t want to leave evidence. She trusted that all the parents in her school wanted the best for their children. She didn’t trust that they agreed on what that meant, or the best way to go about getting it. Some fired formal charges against school personnel as casually as they reviewed slow service on Yelp. So … no notes, at least not in public.

Shaking her head at what education had become, she left Mr. Ellis’s room. As she neared the kindergarten room where they held the afterschool programs, she heard a story being told that she’d first heard at her own grandmother’s knee.

“And so Cinderella ran from the ball, hurrying to get home before her magic wore off. In her haste, she—”

“She was hurrying,” the storyteller said.

“Like this?” another young voice asked. Suddenly there were scuffling sounds, and what sounded like a herd of light-bodied animals racing around the room.

“Exactly like that,” the storyteller eventually said. “And what do you think happened to Cinderella?”

Out in the hall, Principal Helen heard a thump, an “Ow,” and then a muttered, “She ran into a desk?”

Even without seeing the woman’s face, Helen could hear the amused patience in the storyteller’s voice. “No. Well, they might have had a table at the side, for refreshments.”

“What are freshments?” a third voice asked.

“Refreshments are snacks and drinks. Since it was the king’s ball, they might have had more than snacks. Maybe entire roast ducks, and a cook or servant there to carve off slices.”

One of the young voices piped up. “Isn’t eating roast duck kind of like eating fried chicken?”

“Yes it is,” the storyteller replied. “And this was before paper napkins.”

“Ewww! What if someone spilled?” A girl’s voice rang out. “I’d have to let a boy get grease on my gown?”

“Maybe you could freeze it off,” another girl said. She followed the suggestion with a “crrruah” sound Helen knew had to be accompanied by a hand gesture aimed at the imaginary offending grease.

“Can she do that?” another boy asked. “I mean, could they do that then? Was magic real then?

“Of course,” one voice said. “That was then. Things were different.”

“Of course not,” another answered. “Things have always been the same.”

“Mrs. Henthorne?” a third voice asked. “They can’t both be right.”

Ah, Helen thought. Mary’s telling stories today. I should have recognized her voice. This should be good.

“Do you remember what I said when we first started story hour?” Mary Henthorne asked.

A pause stretched on, then a girl’s voice said, “Was it, ‘Harrison, stop pouring that glue on Tarik?’ ”

Helen laughed out loud at that, but so did Mrs. Henthorne, so none of the kids in the room heard her. When she got control of herself, Mary went on. “Yes, you’re right Elise. I believe I used those words exactly. But I meant at the start of the actual story, once all of the glue pouring was taken care of.”

Another pause stretched, even longer, interrupted by the sound of small fingers trying to snap. “I got it,” a voice said. Then, in a sonorous tone, “Once upon a time, there was …”

“Exactly,” Mary agreed. Helen didn’t hear what she said next. She pulled her sweater dress tighter around her and slumped against the tile wall. Once upon a time. For hundreds of years, those words signalled children that they were entering a strange realm, one where the rules were different. Once upon a time carried children to a world of sudden, causeless change, where wolves talked, puppets came to life, and children got abandoned in forests where witches wanted to eat them.

Helen stood up straight and nodded to herself. She’d forego dinner tonight.

She had an agenda to create for the next teacher training day. There was an interdisciplinary lesson plan on the school’s horizon, and maybe some grant money for it. There was that foundation that sent the readers every year, the one committed to making sure fairy tales didn’t die out. And there was always money for interdisciplinary projects. Anything that crossed boundaries blossomed money flowers.

Helen knew one thing. She had a tool she could use to help her students and teachers wrestle with institutional, social, and climatic change. Together, they would tell a new once upon a time story, about a world where the leaves changed colours. She didn’t have to have all the answers. Kids were used to going back and forth about once upon a time, asking questions and filling in the blanks. Once upon a time made scary change into a shared adventure, and that was a start.

And who knew? Maybe along the way they’d figure out a way for the kids to be heroes, and for the leaves to change colour again. 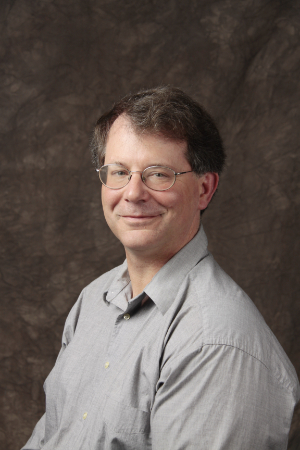 When he’s not writing, he walks with his dog, dabbles in the martial arts, plays with his grandchildren, and teaches college.
For more information on Greg's writing, visit beattytales.com