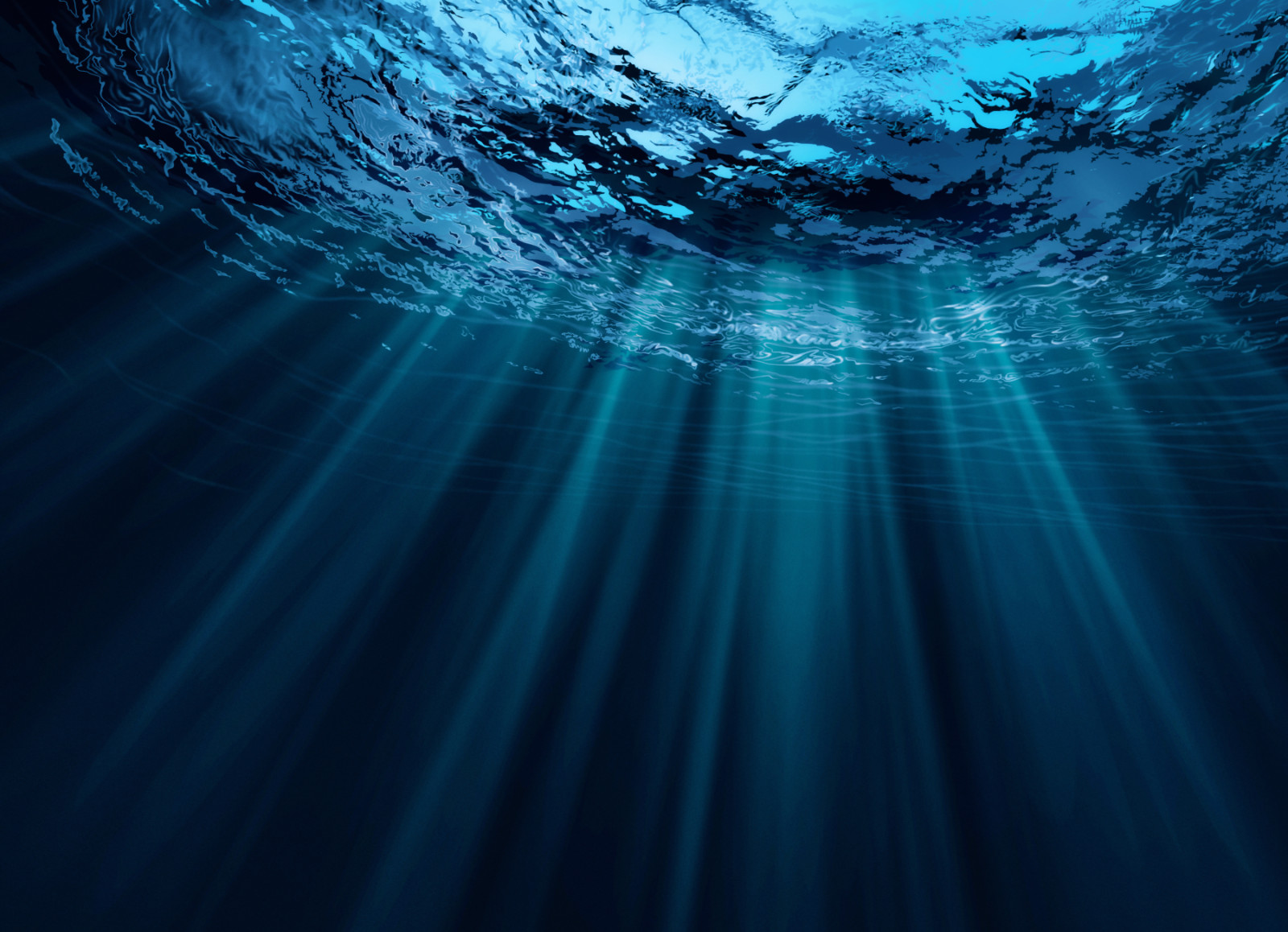 It’s a long swim from the Border Protection Substation down to where the incursion was called in. But Qell’s away from her console, ignoring the fifth in a series of Hookd messages she’s been avoiding, so the journey down the water column is almost a relief. She has a job to do. And she and her partner Miirn are, in fact, professionals.

Qell knows she’s close when the cold seeps past her scales, into her tailbones. And then she sees the infrared signatures of the disrupted locals. The swarming squid don’t mind the cold, but they very much mind whatever it is they have surrounded. A break in the swarm reveals the problem, as a much brighter centre flares in Qell’s vision. She cracks open a more light-sensitive pair of her eight eyes to confirm, and the blaze of toplight is all she needs to know about this border protection issue.

Miirn slaps one of zir metal arms against the side of Qell’s head and conducts through her skull, “One of them. Damn. Third time this season.”

Qell nods. This is getting annoying. Especially since it reminds her of those unanswered messages.

“I’ll draw off the locals,” Miirn conducts. Ze unwraps the rest of zir arms from around Qell’s torso and swims away, lighting up in infrared like a hydrothermal vent a few tails away from Qell and the interloper. The squid follow; they know the patrol’s heat signatures. Several swim for Miirn’s conductors, trying to make their protests to the robot.

The glass-hooded invader holds up their hands as they paint Qell with toplight.

Qell closes all of her eyes to block the assault of light, fumbles in her patrol belt for her shade-lenses. As she fits the goggles over her topside-eyes, she exhales her annoyance, and her vision clouds briefly with bubbles from her gills. The bubbles glitter in the unnatural light here in the deep, like a veil of stars. And then the bubbles pass and Qell glares properly at the human in the pressure suit.

The pressure suit is an array of lights: yellow floodlights on the shoulders of the suit and red signal lights down one arm and leg, green down the other side. The reinforced “glass” of the suit’s hood is lit from within, throwing the human’s brown skin and angled face into sharp relief. They set their eyes on Qell. But then the human’s eyes widen, flick off to the left.

Qell is not impressed. She waits. Soon, Miirn slides over with a spin of zir many metal arms and climbs once more onto her back. Only four arms secure her partner’s body to her own; Miirn presses two of zir arms to the sides of Qell’s head, and drapes zir extending arms over her shoulders. Qell kicks her tail once and gets nearly chest-to-chest with the human.

The human blinks rapidly, trying to hide panic as Miirn reaches out and connects zir extending arms to the regulation-required speaker ports on the glass hood. Qell scowls. What was this human expecting, crossing through several border zones without the proper approvals? Any human allowed beyond the sunlight zone has to learn all of the regulations for border crossings because that’s what keeps them safe down here.

“I am conducting and projecting,” Miirn says. “Please confirm reception.”

Qell waits for the human to nod behind their glass. She nods sharply as well, and pulls her communication mask from her patrol belt, fitting it over her nose and mouth. So that she can give yet another border violation speech.

“Qell, your voicebox is connected,” Miirn conducts. “You can proceed to ream out this drowner.”

Ze sounds extra bitter about this one, so Qell can only imagine what the squid said. Then again, maybe Miirn was busy with something back at the station, rather than waiting for a distraction like she had been. Qell frowns at the intruder. She doesn’t know how her species somehow ended up with all of the good sense when they diverged from humanity.

“Dr. Dasher, you are in violation of the Oceanic Border Regulations. You are under arrest by Oceanic Border Patrol Officers Qell Oyaoona and Miirn Aquabot. Based on our depth at present, you are multiply in violation, as you have passed through two borders without the appropriate research approvals. Officer Miirn has taken statements from the local population that you disturbed. You have the right to withhold statement until you are delivered to Border Protection Surface Station.”

Qell shifts her tail in the cold water, trying not to grimace in discomfort. Why did this one have to come all the way down to the abyssopelagic zone? Especially during this shift, when she and Miirn are the only pair rated for this depth.

Dasher bites their bottom lip, then says, “Can I make an unofficial statement?”

Miirn conducts a curious beep to Qell, then ze projects to the human, “Dr. Dasher, please note that your statement will not be considered unofficial if it is deemed a matter of oceanic security.”

“Definitely not a matter of oceanic security. No illegal research was conducted in my descent.” Dasher pauses, then adds, “You can check my suit logs.”

Miirn laughs at that, conducting to Qell at a volume that Qell thinks is unnecessary. Qell’s gills flare and Miirn laughs more rapidly. This is so embarrassing. She knows that she’s been avoiding responding to Margaret’s last Hookd app message, but she doesn’t know what to say. She hates saying no, but she doesn’t want to say yes to Margaret’s latest invitation. Qell wishes she could tag this human for extraction by another team and swim away; border violations are not supposed to be personal issues for border patrol agents.

“You’re another one of Margaret’s?” Qell says. “That woman is a drought on my gills!”

“She wouldn’t keep sending us down here if you would just meet with her, as requested.”

Qell growls into the communications mask. “Wave-walking Christ, if that woman wants to speak with me, she could try not breaking wetlaw to do it! Is patience no longer a virtue?”

“She says she wouldn’t have to break the law if you would just surface for her.” Dasher isn’t quite grinning, but they look far more smug than someone under arrest has any right to. “Director Margaret is willing to meet at a venue of your choosing.”

“I … Tell Margaret to stop sending people down here; she’s going to get me in trouble with my superiors, and she’s definitely going to get fined, and possibly given a research moratorium period if she’s unlucky.”

Qell takes Dasher by one arm and slowly swims up. The human is courteous enough to dim most of their suit lights when Miirn disengages from their helmet, allowing Qell to remove her shade-lenses, and they initiate their suit’s propulsion to assist in the slow ascent. Qell is still enough of a professional not to give Dr. Dasher punitive bends by rushing to the surface.

“Border Protection Surface Station is on its way, should be waiting for us when we get topside,” Miirn conducts. “By the time we get done with processing, our shift will probably be over!”

Qell doesn’t respond. She just keeps looking up, switching eyes as they move up the water column, changing ocean layers, crossing boundaries. The sea life changes as they go: deep invertebrates transitioning to the red and black bathypelagic fish, to the silvery creatures of the twilight zone, up to the blues and greens of the near-surface swimmers. All beautiful in their own ways. All curious about the border patrol escort of a human. By the time they’re in the light zone, Qell is flushed hot, and not just because the water is so much warmer up here.

Miirn is correct in zir assessment; getting through Dr. Dasher’s booking and paperwork, plus their end-of-watch report, takes Qell and Miirn straight to clocking out. Right before Miirn unfolds from Qell’s back to go to dock, ze taps zir arms against the back of Qell’s head.

“See, Qell? I told you dating apps are fun!”

Qell sighs out of her gills again, shaking her head through the cloud of bubbles, not willing to debate Miirn on zir definition of fun. She pulls her commscreen from her civilian vest pocket, opens Hookd to reread Margaret’s last message. Deletes that, and the other four messages. Blocks Margaret on the app.

Let it never be said that an Oceanic Border Patrol Officer doesn’t know how to enforce a boundary. 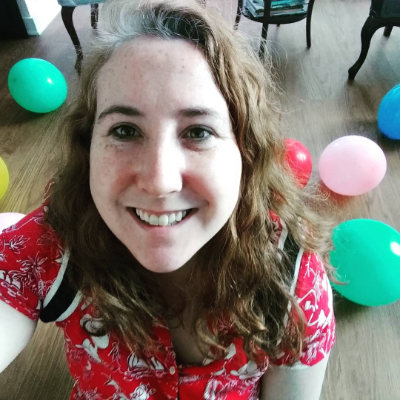 As a retired tall-ship sailor, a failed academic, and a millennial finance professional, Cara gets stopped constantly in New York City and asked for directions. Cara spends their free time drinking coffee, binging words, and yelling about the Philadelphia Eagles in their apartment and family group chat. They can be found on Twitter @digicara, and at digicara.com.