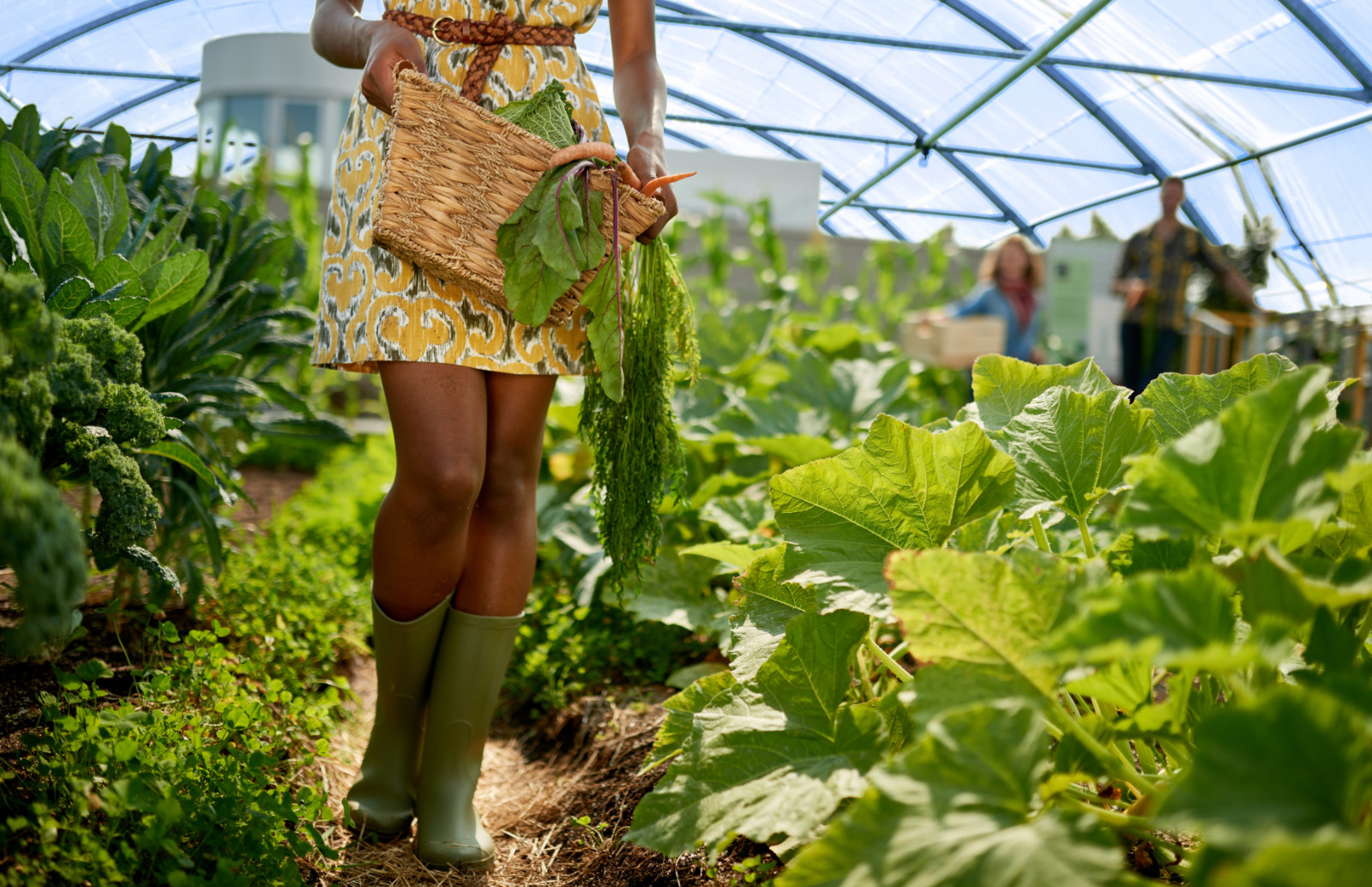 Her first days in the city, Jeanette had been jealous of Rhodri’s tomatoes and Michaela’s zucchinis with their shiny green skin. Also of Angelo’s chillies and lemongrass. And Dominic’s flourishing plot of begonias—in spite of the fact they weren’t really allowed; the block’s rooftop biodome was for edibles only.

Still, she would have gladly grown flowers as well. She would have grown anything. She had to grow something, to cover her rent. But with all of the packing and stress of the move, she had forgotten to bring any seeds.

As her neighbours all worked underneath the dome’s ceiling—with its solar panels and rain pipes that cast shadows like clouds—and she breathed the warm, filtered air with its absence of wind, she felt useless and lonely as never before. In their labour-stained overalls and with caps and bandanas, they resembled propaganda from a previous age.

We’re all in this together!

Except no one looked back, let alone offered help.

She had come here to meet people and attend university, to make more of herself and get on in the world. But she only got homesick. And when her folks sent a package, it just made matters worse.

The intercom buzzed to her room to alert her, but when she reached the ground floor, the courier had just left the crate and moved on. Her parents had told her to tip where she could, as gig workers really weren’t very well paid, but she was secretly glad that she’d missed the chance now—surviving the month would be tough as it was.

Then guilt washed over her, as she studied the package—it had FRAGILE and CAUTION marked on the side, in her mother’s distinctive acrylic swirls, and couldn’t have been the easiest item to ship. If she could afford to send anything back to them soon, she would ask for it likewise to be mailed through that courier, and insist upon paying a double tip then.

Though, that was a big if.

It was a big box, and as she wrapped her arms around it and edged towards the elevator, she’d have preferred that she was being hugged instead. That her folks could be with her to soothe all these worries, to finish the discussion they had all three been having, on and off, in the days just before she’d departed their ranch. And yet, the very notion reminded her how tough that would be, with them being among the few still living rural, only sparingly linked to the digital grid.

The elevator was descending from the rooftop again, and she tried hard not to burst into tears while she waited. With a ping, the doors opened, but as she was about to barge in with her package, Mr Kielty, the tenement landlord, appeared. He was a tall, rangy man, balding on top, though with spiky blond eyebrows like ripe ears of wheat. They had helped him seem open and kind on first meeting, but arched ominously now. He scanned Jeanette’s face, then the crate, then back up.

“I hope ‘FRAGILE’ means something is growing in there,” he said, without giving so much as a smile for a greeting.

“It’s just, there’s only three weeks until rent will be due, and I can’t help but notice your plot is still bare. Unless you’ve sown something that ain’t sprouted yet? I’m sure you could borrow some compost, if needed.”

“I know it must be a change, coming out from the country, but unlike in the country, things don’t grow on trees. Not ’less you’re willing to tend them yourself. And with space at a premium, we can’t really tolerate freeloaders here.”

“I don’t mean to be harsh,” Kielty added, “but this was all clear in the contract you signed. In your response and your interview, you told me you’d cope. Told me you’d contribute. And there was a lot of competition for your room and your plot. I don’t want to have to relet it so soon, so I hope you’ll be able to turn things around. And ask for help if you need it. We’re all in this together.”

He seemed about to reach out and pat Jeanette’s shoulder, except the crate was in the way, and so he simply stepped around her and walked out instead. When the doors closed behind her, she finally sobbed.

She stared at the package for what felt like hours, tracing her fingertip over the words. FRAGILE. CAUTION. As if her mother had known they’d apply to her life, or at least her current state of mind. In a moment of rebellion, given her parents both frowned on tattoos, she toyed with getting those labels inked on her skin. But pushing her family away would not stop her missing them. She’d probably just miss them more.

Though, that would be hard.

She couldn’t wait any longer, tore open the crate. Straightaway some of her resolve came back. For a start, the box was amply padded with straw, which might be useful to others, if not here then at least in some neighbouring blocks, those which held chickens and perhaps even goats. If she had to, she could trade it for peoples’ spare crops, to pass off as her own till she could plant something good.

Her resolve only grew when she found the enclosed letter, which smelt not just of hay but of blossom as well. Her parents were embarrassingly old-fashioned at times, or rather a bit too self-consciously retro, but the note had a personal, tangible quality, which almost made up for the lack of a hug. They’d doubtless prefer a response in that medium, but Jeannette lacked the patience for writing with pens, and anyway paper was heavily taxed. Perhaps next month. She sent them a video “Thank you!” instead—though she didn’t know when they’d receive and reply.

Regardless, she’d record them another one later, just as soon as she’d set up their gift.

There was no sign of the landlord when she got to the elevator, and no one else either, for which she was glad, although moving the crate by herself was hard work. Again, none of her neighbours ventured to help as she awkwardly hefted it onto the roof. And though Mr Kielty had told her to ask them, Jeanette was afraid they’d ignore her request.

We’re all in this together.

And yet she still didn’t feel she was part of that we.

Not at the moment. But hopefully soon.

She found a spare dolly and trundled the crate to her plot at the edge of the roof, where she set about bringing its contents to light. Another box, although not simply recycled plywood this time, but carved and varnished timber from her parents’ best stock. Her father had graced it with carvings of flowers—orchids, azaleas—though their message made clear that such things weren’t inside. She removed the front panel, trembling slightly, to finally get a good look at what was.

It took them a minute or two to start showing, and while waiting she checked on her neighbours again. With the heat of the day, magnified through the ceiling, they had stripped down to T-shirts and blouses and vests, the sleeves of their overalls tied round their waists. Michaela and Dominic still wore bandanas, and Angelo was in a baseball cap that he removed for a second to wipe sweat from his brow. He seemed about her age or maybe just older, and would likely know where there was nightlife, if any. That had been key to her to move to the city, the desire to experience what she’d only known so far from vids. Not that she’d told that to her parents, of course, or was planning to update them on all her activities.

She would show them the roof, though, and what occurred in her plot. Starting with catching this moment on film. The first sets of tiny antennae emerging, then the heads and front legs and the glimmer of wings, which twitched but were still not quite ready to fly. They seemed a bit pallid, even through a lens filter, and their markings were fuzzy, but the note had assured her the brightness would come. Yellow and black, which could sometimes mean caution, but in this case, the note said, those colours meant life.

The bees would bring honey, and that would pay rent. They would also help crops that had not yet been modded, or otherwise counted on wind pollination, like Rhodri’s tomatoes and Michaela’s zucchinis. They would keep the begonias blooming as well.

As if they could sense this, her neighbours glanced over. When the buzzing first started, a few of them smiled. 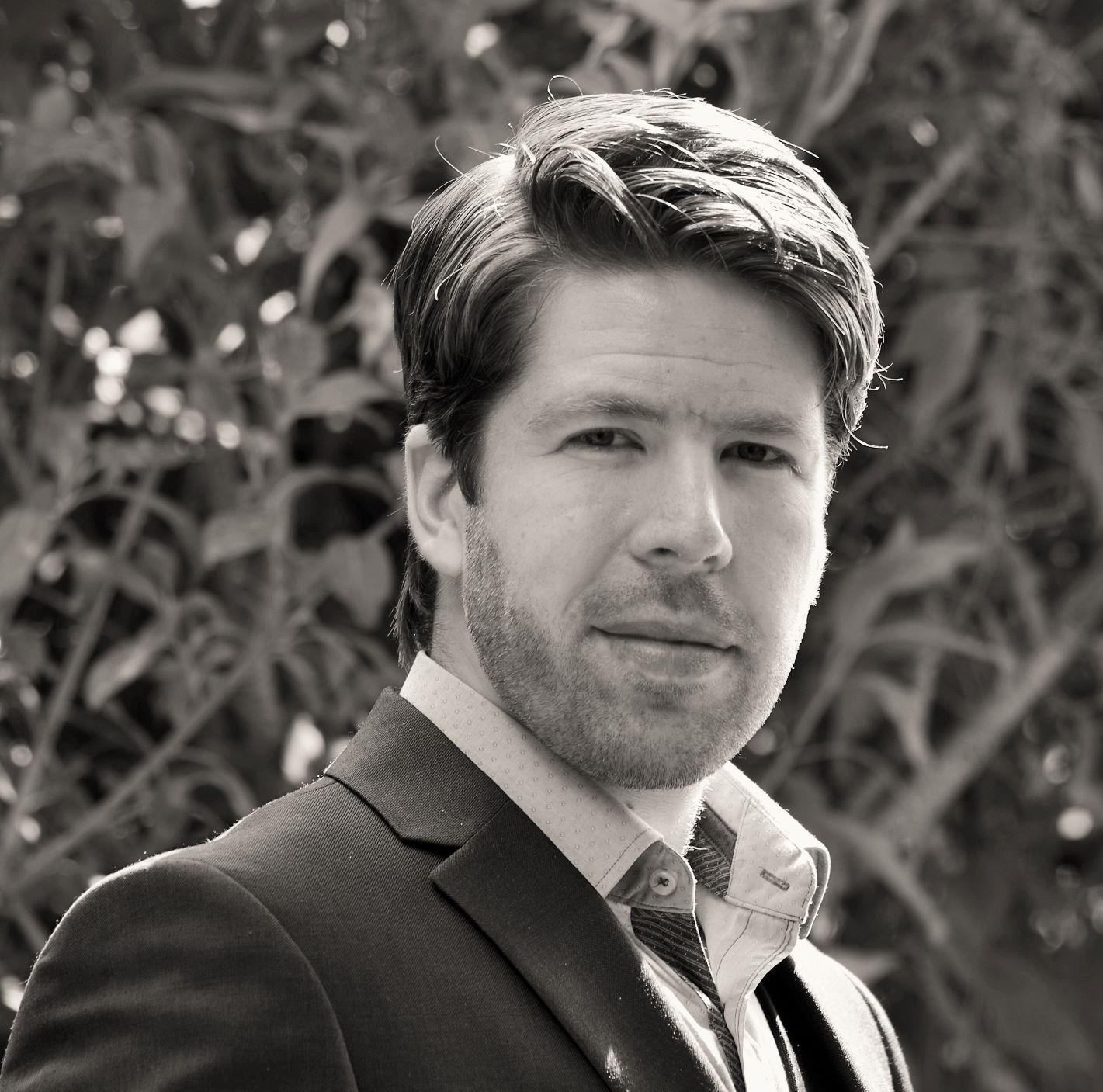 Dan Micklethwaite writes stories in a shed in the north of England, some of which have featured in Daily Science Fiction, Owl Hollow Press’s When the World Stopped anthology, and PodCastle. His debut novel, The Less Than Perfect Legend of Donna Creosote, was published in the UK by Bluemoose Books.