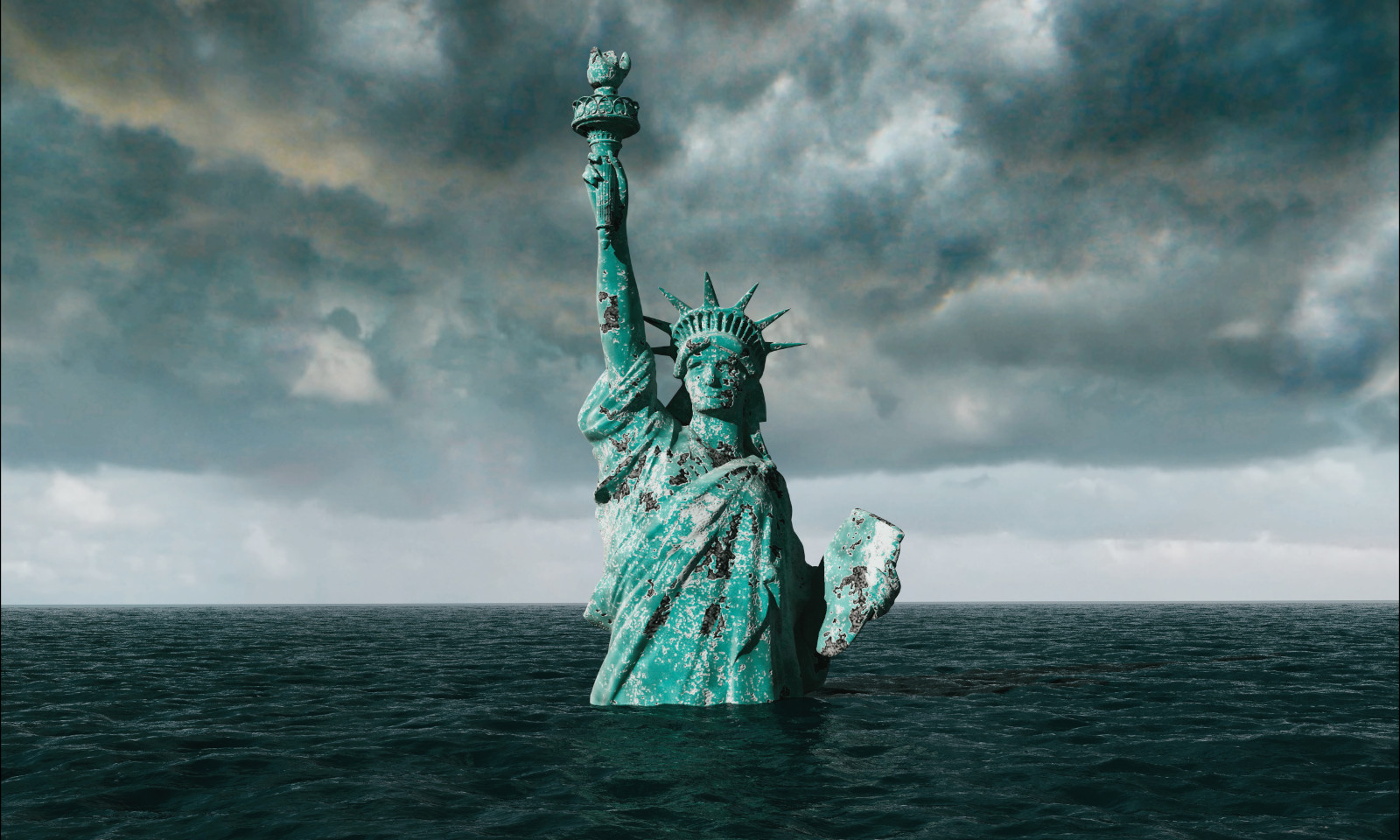 From Exiled Together: Faces of Contemporary New York, Online Edition:

“My grandfather was a Navy man. He sailed all over the world, the Bay of Bengal, the Pacific Islands. Wherever he went, he had the same mission: keep the peace. Also shore up our influence in the seas, but we don’t need to get into that. What matters is he kept a diary. Every place he went he wrote down conversations with locals, what they wore, what they ate. He did this because he knew these places were more fragile than dreams, because someday they would all be gone, all these unique people with their unique ways of being. Even New York would someday face the same fate, he said. When he got home he uploaded a copy of his diary to the Library of Congress. He told me it was the most important thing he has ever done.”

“Oh God, what’s happened? Oh God, oh, how could this happen to our city? I’m heartbroken. Sorry, but I don’t think I can talk to you right now.”

“My family moved here from the Philippines during the Second Wave. I was a little girl then and don’t remember much about the islands, except the palm trees. We don’t have those in Brooklyn. All that’s to say my home is here, and I don’t know what I’ll do if we have to leave. We’ve had no power for three weeks. We’ve had no tap water. Can’t say how many hours I’ve lost on hold with the city. They say they’re sorting it out. They keep filing tickets and never do anything. You know, I have a friend in Staten Island who got through in fifteen minutes, and they sent someone over the next day. Only difference I can see is my family lives in the immigrant blocks.”

“We traveled to the Venetian ruins, my honey and me, back in our first year dating. She was the sweetest darling in the world, always full of grand ideas. We spent many a night whispering by the fireside, with what few cold nights we get here in Queens. Oh, she was just a darling. But you were asking about Venice, right? When we went, she told me something that changed my life. She said she’d always wanted to get married by that campanile, the one that juts from the sea like some sunken Egyptian monolith. We’d never even talked about marriage before, but we got married on the spot, on the gondola, with the oarsman as our witness. It’s like it created some unbreakable bond between us and that place. Strange how we came home and the water came with us.”

“When the water came I didn’t even know anything was wrong. Not at first. I picked up my daughter from school, and she had this curious look like she’d seen something that didn’t make sense. But she didn’t say anything, so we kept walking. She was nine and I’d been trying to give her more independence. Well, we got home to Harlem and she turned to me with big eyes. And she said, ‘Papa, why are we supposed to stay out of the subways today?’ I just froze.”

“I was on the first response team when the levee broke, and believe me when I tell you it was not something I’m keen on reliving. No, I’m not upset at you asking, it’s just that it changes a man. I still dream about it. All the people I could not save come visit me at night, face after nameless face. My neighbour’s daughter is one of them. He called me first thing when the rumours broke online, and it took me two days to get enough reception to call him back. When I finally told him what happened he cried right there on the phone. Broke my heart like all the other deaths could not.”

“They’re saying now the Siberians blew out the Hudson Levee, with a supersonic underwater munition or what. I don’t believe the lot of them. I was in my apartment on 90th and didn’t see nothing. No, I don’t want to elaborate. I was in my apartment, like I told you. I didn’t see or hear nothing. The seawater’s not the problem. The only problem’s us overreacting over nothing. And that’s just how the Siberians want it.”

“When I was a girl I remember sitting on my great-grandma’s lap, and hearing her tell me all these incredible stories about the world before the Warming. You’d think I would cry for the people we’ve lost, the migrations and famines. But let me tell you, I lived through the New York thing, and still it’s the frogs I think about at night. My great-grandma loved the frogs. They came in all colours, blues and bright yellows, green ones with red eyes. I’ve seen pictures too, but it’s not much more than I could do with a computer and a pair of hands. I mean, I’ve seen deepfakes that look more real. But those frogs really came in all colours. It’s the colours that mark the evolution of the world, you know. Now all we have are pale greens and greys, bone-white skies. There used to be flowers and bees, too, outside the greenhouses. There was once a time when all the colours of our world were taken for granted, and now they’re gone, and I cry that we will never get them back.”

“As a public elementary teacher I’m often asked, ‘How do you teach young children about the Warming? How can you stand before them and explain that a world was lost, and we could have done something about it but we did not?’ Well, it’s really not so hard. These people, see, they look at me with this emptiness in their eyes, like life is a joyless toil with no purpose. But that’s not what I see when I look at the kids. The kids haven’t yet learned how to despair. Sure, there’s sadness in their eyes, sometimes, and fear, especially after what happened in October. But there’s life and laughter in them too, mischief and curiosity, and optimism. They really come from all walks of life. So when I tell them about the mass extinctions, and the global migrations, they’re actually much more mature talking about these things than many of the adults I know. Do I know what will happen in the aftermath of October’s attack? No, and I told them so, and that answer was good enough for them. I tell them, as long as the people of New York stand, as long as you take care of your community, the rest of the world stands a chance too. The sheer diversity of New York is a testament to our resilience against all we’ve lost, and I’ll stand by that to the end.” 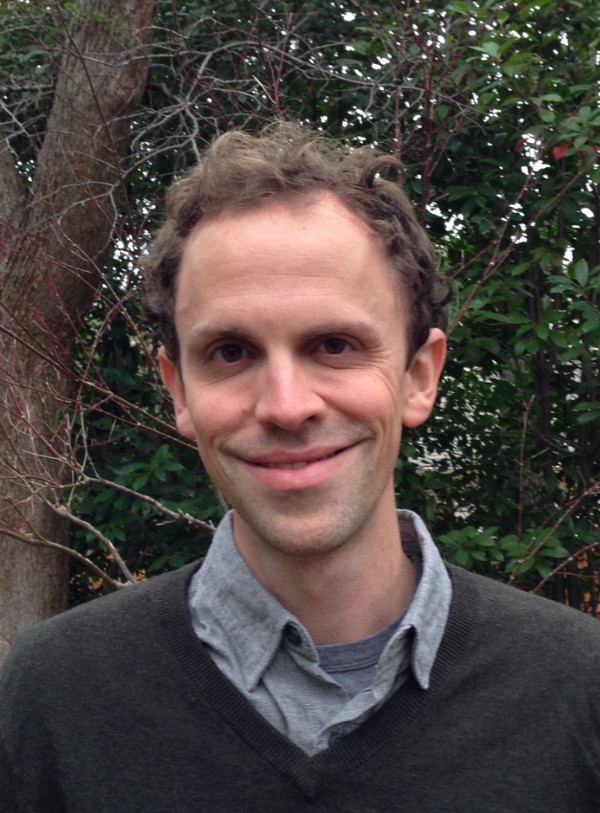 Marcus M. Tyler is a science fiction and fantasy writer living in Austin, Texas. He especially likes to write stories with immersive settings, and stories that give the reader a sense of culture shock, whether that be in a historical period on Earth or an entirely fictional universe. He is also a technical writer and does research in artificial intelligence, where he explores how to use data in ethical and equitable ways. In his free time he plays guitar and enjoys a good cappuccino. Find him on Twitter @MarcusMTyler.