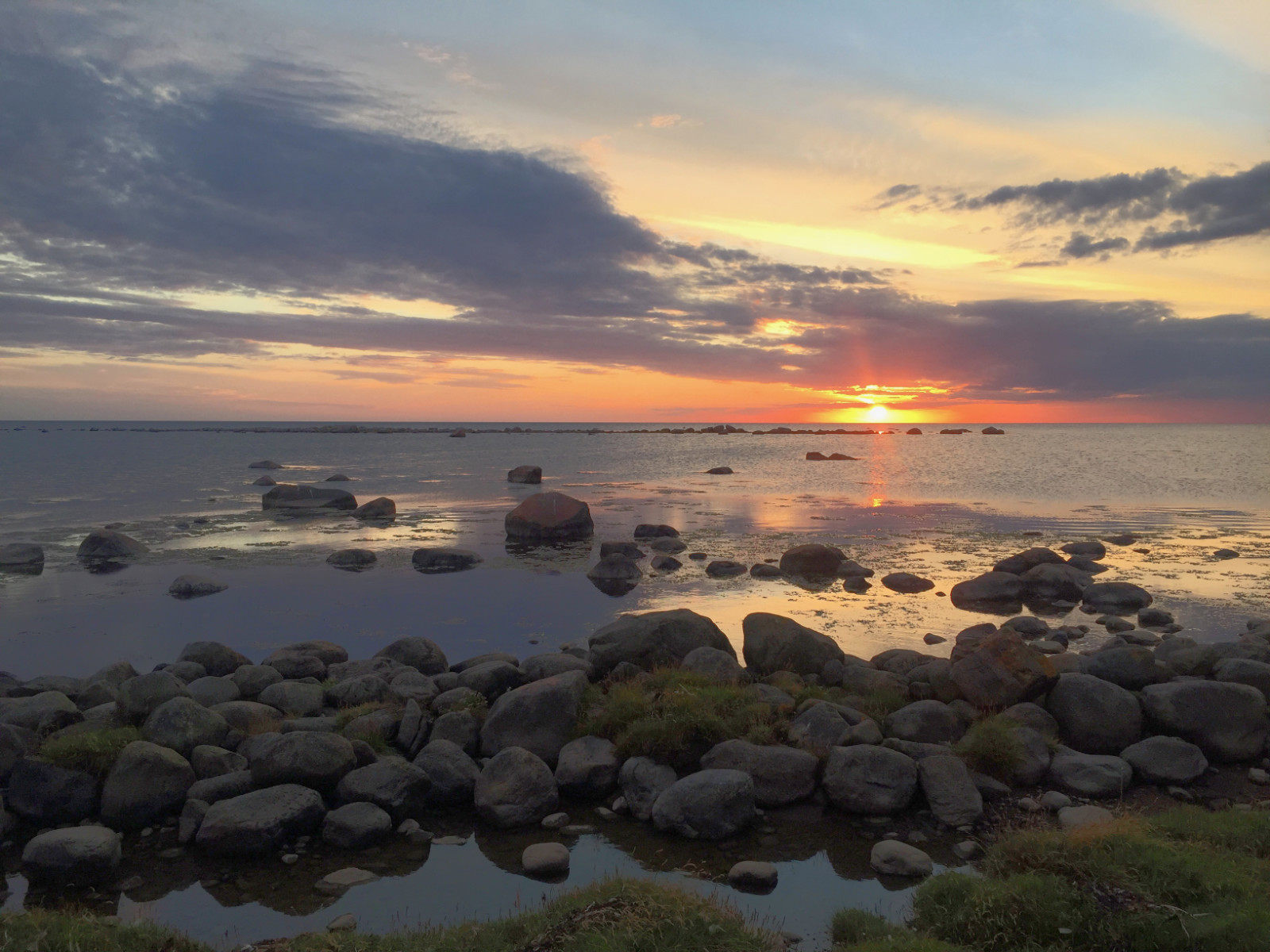 If you don’t mind, I’m going to do this in English. Even though I emigrated here 40 years ago, I’ve never quite mastered the Swedish accent. What can I say? I grew up in America.

Are you sure there’s no script? I thought this needs to be educational, like a museum.

Yes, I know there won’t be an actual museum on the ship. From what I’ve seen, there’s not much ship there at all. Just thousands of kilometres of light sail, with one little module in the middle. I imagine a bus being pulled by a kite the size of Utah.

Sorry, I tend to wander, but that’s what happens when you’re 105. Did you know the queen of Sweden sent me a video on my 100th birthday? Estelle Silvia herself. I still have a copy around here somewhere. Probably upstairs in the junk drawer. You’ll have to go look. Those steps are tricky. This house was built by people 30 centimetres shorter than me and they definitely didn’t understand plumb lines.

Sure, I can talk about the house. Check out the front door—that’s original glass. Blown by hand back in 1860 or so. Terrible insulation but so beautiful. In the summer when the sun is going down around 11 p.m. it makes the most amazing shadows and rainbows. When it’s hot, we open up the doors and let the breeze come through. It never got that hot when I was a kid. I wore sweaters in the summer, can you believe it? Now it hardly snows even in the winter, except up in Lapland. Too much CO2 in the atmosphere.

Anyway, the kitchen is right through here. In the morning, the first person out of bed opens up the back door, and props it open with hook and eyebolt. That door stays open from dawn to late night. Everyone sits on the porch and eats and visits. The adults read the news on their tablets and the kids drown their corn flakes in filmjölk and fresh hallon. Sour milk and raspberries. If you’d come later, we could have had some. But the berries won’t be ripe for another few weeks and I know you want to upload this sooner than that.

The house used to belong to a sea captain. That’s what folks did around here. They worked the sea. And farmed, though the soil was pretty poor.

That changed by and by. The sea captain died. I don’t know if he drowned or got captured by pirates or eaten by one of those moose that sometimes swim over from Denmark. Anyway, the captain’s widow had nothing except this house. Rather than sell it, she turned it into an inn. And a speakeasy. That’s an unlicensed drinking spot, if you don’t know. From all accounts it was very popular, and she made enough to get by, and a little bit more. Lagom.

Let’s walk around the corner. There’s the outdoor shower, wooden walls and half open to the wind. It’s no big deal now but when my mother was a kid this was one of the few summer houses to have plumbing like that, and we were able to hold on to our water rights during the droughts. A lot of folks lost theirs and had to move away. Can’t live here unless you were willing to pay the community for desalination. More kronor than I’ve got, let me tell you. But at least we have the option. Half of Europe is on water rations last I heard.

Okay, look over there, toward the ocean. That little shack. That’s a lifeboat museum. Well, it used to be. Big storm knocked it down a few years ago, clawing back about five metres of beach at the same time. Everyone says we were lucky my mormor had planted all these birch trees as a wind break.

And do you see that line of rocks? That used to be a quay. The ships would tie up there when the sailors came to the speakeasy. Those were beautiful ships, with brilliant white sails, if the painting in the sitting room is at all accurate. The ships plied the Baltic between here and Denmark and Germany. When they put in, they did a little trading. Loaded up on smoked meat and good iron tools. And stones. You heard me. Stones. The beach was lousy with them, and the ships would dump their ballast, which was soil, and take on stones.

Why? They sold them. For cobblestones. If you go down to the historical districts in Copenhagen or Greifswald, you’re walking on stones from this very beach. From Särdal.

And the soil they left behind? My ancestors carted that off to those fields behind those houses. Mixed it in with the local dirt and planted potatoes. The best in Sweden. Ask anyone. All because some traders wanted a drink and some cobblestones.

I almost forgot—I have something for you. Here’s a pebble I dug out of the garden. It looks like a face, doesn’t it? Like a baby with its eyes closed. That’s good luck. Please, take it.

Listen, I know every gram is precious on the spaceship. There’s no room for people, just androids and the seed stock and the cloning tanks.

But that little ship will be sailing those starry seas for decades.

They could use a little luck.

Copyright © 2020 Karl Dandenell. Originally published on The Word Count Podcast. Reprinted with permission of the author. 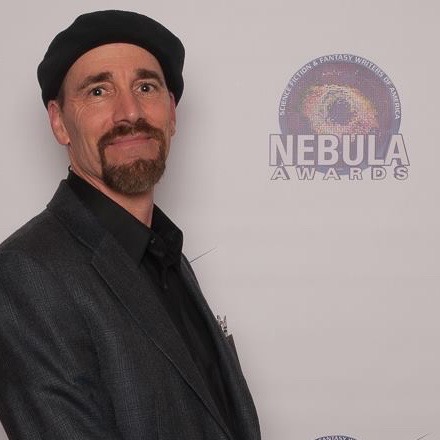 Karl Dandenell is a graduate of Viable Paradise and a Full Member of the Science Fiction Writers of America. He and his family, plus their cat overlords, live on an island near San Francisco famous for its Victorian architecture and low-speed traffic. His preferred drinks are strong Swedish tea and distilled spirits, neat.

Karl’s work has appeared in such publications as Fireside Fiction, Buzzy Magazine, Metaphorosis, Speculative North, and the anthologies Abandoned Places and Strange Economics.