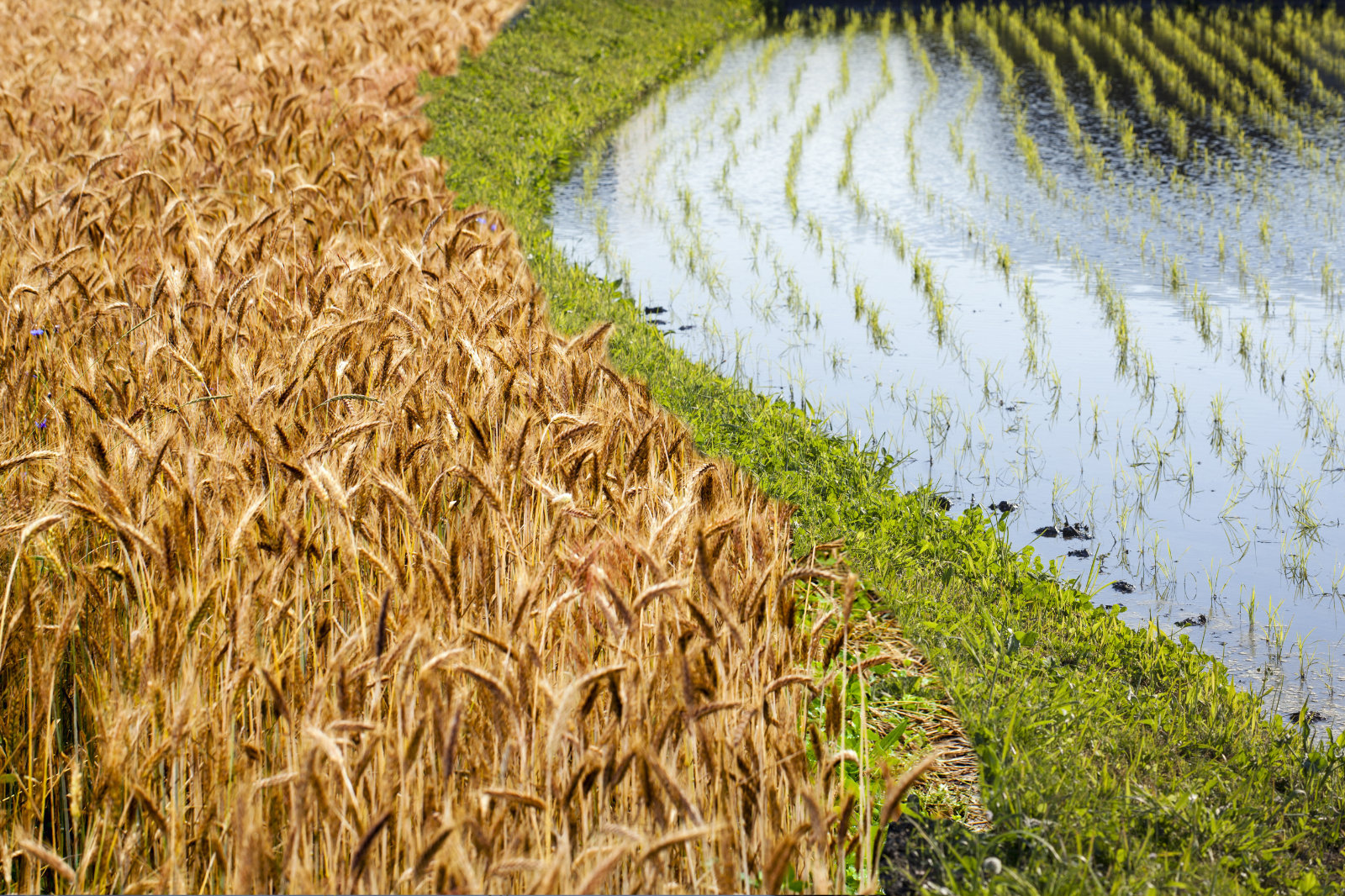 Nayeem Abedin dumped out food for the geese and chickens. They dove for the food hungrily, oblivious to the rain.

Nayeem, dressed in a short-sleeved khaki shirt and a tube-like lungi around his waist and legs, was not quite so immune to the downpour, but he had work to do, so he did it. Every now and then, though, he looked up, then looked worriedly towards the rice paddies. It had been raining continuously for eight days now. The rice needed to be in water, but if the seedlings disappeared completely below the surface, they wouldn’t be able to breathe.

It was OK so far, but another day or two of this, and they’d be in trouble. There were still more seedlings to transplant into the paddies, and they could rescue more from the existing paddies if they started soon, but they’d need expensive insecticide. The government was trying to encourage use of even more expensive natural insecticides, an impossible outlay for Nayeem this year.

It was also going to be harder with only three of them—him, his wife, and youngest son, Tasfin. The other two sons had both moved to the city hoping to work in Bangladesh’s burgeoning tech field. A frown crossed Nayeem’s face, but quickly disappeared. His dark face, with its thick, bushy mustache, was timeless. A stranger might think he was thirty or sixty, although he was actually only forty-one.

He’d been a farmer all his life, from a long line of farmers, and he had no interest in the city. Maybe he had when he was younger. Maybe, he thought, his sons would get their fill and come back. Maybe he’d better get back to work.

Standing beneath the ancient bur oak, Josh watched his father’s truck come up the road, a plume of dust rising behind it in the heat haze. The dirt road went straight as an arrow between fields of wheat, the stalks all around two feet tall, softly waving in the wind as far as the eye could see. Wheat was their standard summer crop, although this summer was a little bit too warm. It might reduce yield a little, but not too much—twenty years of experience let him judge the crop by eye, and by chewing on a few sample kernels.

While Josh was musing, the truck pulled up, and his father got out. The lines on Robert Merton’s face attested to his more than sixty years, but his wiry body still stood ramrod straight. He had on jeans and a checkered shirt over a white T-shirt—the same outfit that Josh was wearing, except for the shirt pattern. Unlike Josh, he wore a baseball cap with a faded John Deere logo. Beneath its brim, he looked worried.

Robert thought about this for a while. He generally thought before he spoke. “Yeah, maybe. But he was paying same as us for water.”

“Not really, Pops. We locked in the price six months ago. Peterson was convinced that prices were going to drop, and he left it too late. We’re good for this year.”

When did our roles reverse? Josh wondered. He remembered his father always having the answers, always knowing what to do. Now worry shrouded his father’s eyes. His father was a farmer, not an accountant, not an engineer. He knew everything about crops, but nothing about the way the world worked now. If Josh hadn’t stayed on the farm, the farm couldn’t possibly have survived.

Josh smiled at his father. He had his own worries, but the big one, right now, was to reassure his father.

“Well, I think I have that handled, too. The pivot system is too wasteful. I want to switch to a drip system. It’s expensive, but I’ve applied for a grant. There’s also a big tax break.”

Again, the long wait, but Robert was obviously relieved—less about the specific plan, than about the fact that there was a plan, Josh suspected.  “Didn’t know you could get grants for that sort of thing.”

“Sure, if you’re willing to wade through the paperwork. There’s lots of funding out there for cutting down on water usage. It’s just a matter of finding it.”

Which had taken him about two months, but he didn’t bother pointing that out. As conditions had worsened, there were a lot more programs coming into being, but it was all a disorganized mess. Actually, that was probably an advantage—if it were easier, there’d be a lot more competition.

“We won’t be able to do the whole 300 acres in one year, but we’ll get a start. Assuming everything goes according to plan, we’ll be ready after the soybeans, before the corn, next year.”

This led to a discussion on seeds, yields, and weather, and then into politics and then sports. After about twenty minutes, the conversation drifted to a close. Robert put his hand on Josh’s shoulder, which, for the old man, was about as emotional as he got. Josh had always sworn that, with his own son, he would be more demonstrative with his feelings but, really, looking at his father’s face, feeling the pressure on his shoulder, he realized that his father was saying everything that needed to be said.

After a moment, his father turned and got back into his truck, and Josh watched the truck disappear before he climbed into his own Ford F-450 and headed in the opposite direction.

Nayeem was not at the farm when the storm hit. His eldest son Sayeed had called him two days earlier, and Nayeem, his wife, and Tasfin had crammed into Sayeed’s apartment in Dhaka, along with Sayeed’s wife and two young children.

They had been practically glued to the images on Sayeed’s flat-screen TV, drinking endless cups of hot sweet tea. Even in a country used to storms, Cyclone Nilam was huge, with winds of 350 kph. It was being compared to the 1970 storm that killed over half a million people, but it looked to be much worse.

After the storm was over, Sayeed drove them back to the farm. He’d wanted to wait longer for the roads to be cleared, but Nayeem had insisted. It had taken days, and they finally only knew that they’d arrived because of the GPS on Sayeed’s phone.

Nayeem got out of the car and looked around. At first, it looked as though God had taken an eraser to the whole landscape. The waters had receded, but it took several minutes for Nayeem to find any landmarks he recognized—a hill that marked the boundary of his property, remnants of an old fence, the ragged remains of a shed. As for their bungalow, the cyclone had reduced it to a few random sticks.

His wife Alina came up next to him and put her arm around him. She said nothing, but she shook against his side. Then she pointed. A chicken. Then several chickens, waddling towards them, hoping to be fed. Allah, he decided, had kept them alive as a sign.

Tasfin looked at his father, waiting for some sort of guidance.

Josh stood in his favourite spot, beneath the bur oak, looking over the fields. Something about watching the golden wheat waving slowly in the wind eased away some of his cares from the day. Wheat was now their prime winter crop, covering 200 acres. They’d switched to drip irrigation earlier than most, and it had saved them when a lot of the other local farmers were literally being dried out from their farms—some of them going back generations.

Now, of course, things were different. The government was handing over money, and providing “experts” to every farmer who would stand still long enough. In a few months, Josh would plant genetically modified corn that required twenty percent less water. Also, for the first time, they were going to start growing beans—a good low-water crop.

In a funny way, the conditions over the last few years had been really good for the remaining farmers. Prices were up and, even with price controls, his family would make a bigger profit from the smaller crop that they could produce within their water allotment. Still, the farmer in him hated leaving so much land fallow. He knew that it was worse for his father. Embracing change had not been easy for the old man, although Josh knew he tried hard to not show it.

Speaking of his father, Josh was going to be late meeting him for dinner. He climbed back on his dirt bike—they only used the trucks now when truly needed, to save money—and headed back to the house.

Nayeem and two of his sons worked quickly, cutting the stalks with sharp curved knives, and then carrying bundles to the gas-powered thresher, leased along with its operator. A dozen other men worked alongside them—representatives of a massive new class of men who’d previously had their own land, but now worked as cheap labourers whenever they could.

Sayeed was still working in the city, making a good living now, but Hasan, Nayeem’s middle son, only worked sporadically, and still came out to help on the farm.

They’d lost the first harvest this year to flooding, but this crop looked good, and hopefully they’d get in a third without trouble. This new, hardier breed of rice—provided by an NGO—grew taller, faster, and didn’t require insecticide, although it also had a lower yield. Part of the bargain for getting the new rice was keeping the sell price the same as for the classic aus rice they’d previously grown, so profit would be smaller too. Truth was, Nayeem didn’t worry about it, just losing himself in the rhythmic patterns of the work, letting his mind go blank.

In his more introspective moments, Nayeem thought about the fact that he was part of a tradition reaching back thousands of years. Some good years and some bad years. Lately, there had been a lot of bad years, but that was just what fate had decreed. He hoped that his sons would have better years, but either way, they would take their place in the long chain.

It had been two years since his father’s death, but Josh was thinking about him now. His own son, fourteen years old, was standing next to him, underneath the old bur oak.

Robert had died of malaria of all things, which seemed crazy in South Dakota of all places, but for a while had been a serious problem. Now, everyone had been vaccinated, but it didn’t make the mosquitos any easier to bear.

Josh looked down at his son, but at the rate that he was growing, he’d soon be looking him in the eye. Blond-haired and good-natured, Rick Merton seemed to have inherited the love of the land from his father and grandfather.

Josh wanted to say something to him, let him know how proud he was. Let him know that, however hard it got, good years, bad years, lost crops, changes—always changes—they would find a way through. Somehow, though, the words would not come. Instead, Josh reached over and squeezed Rick’s shoulder.

Composite by Katrina Archer from Depositphotos 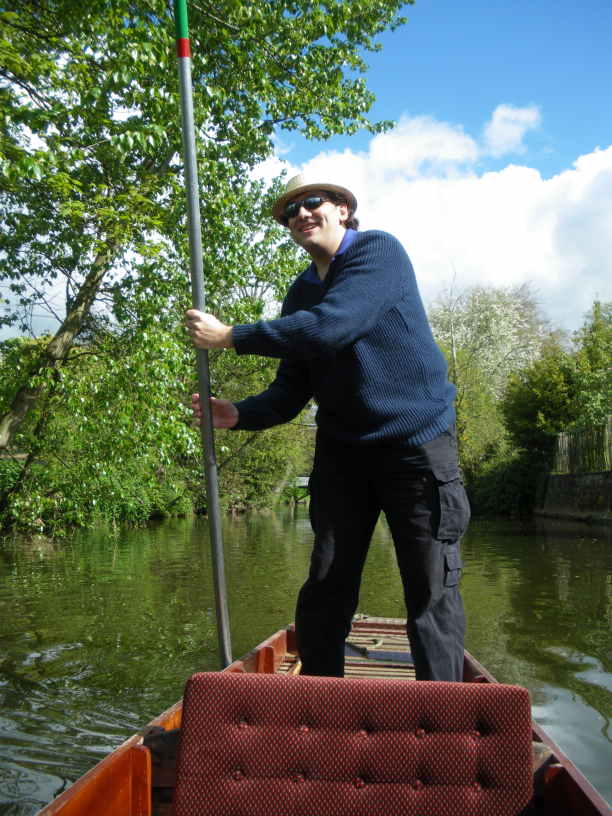 As well as writing fiction, Arlen Feldman is a software engineer, entrepreneur, maker, and computer book author—useful if you are in the market for some industrial-strength door stops. Some recent stories of his appear in the anthologies The Chorochronos Archives and Particular Passages, and in On The Premises magazine, with several more coming out soon. His website is cowthulu.com