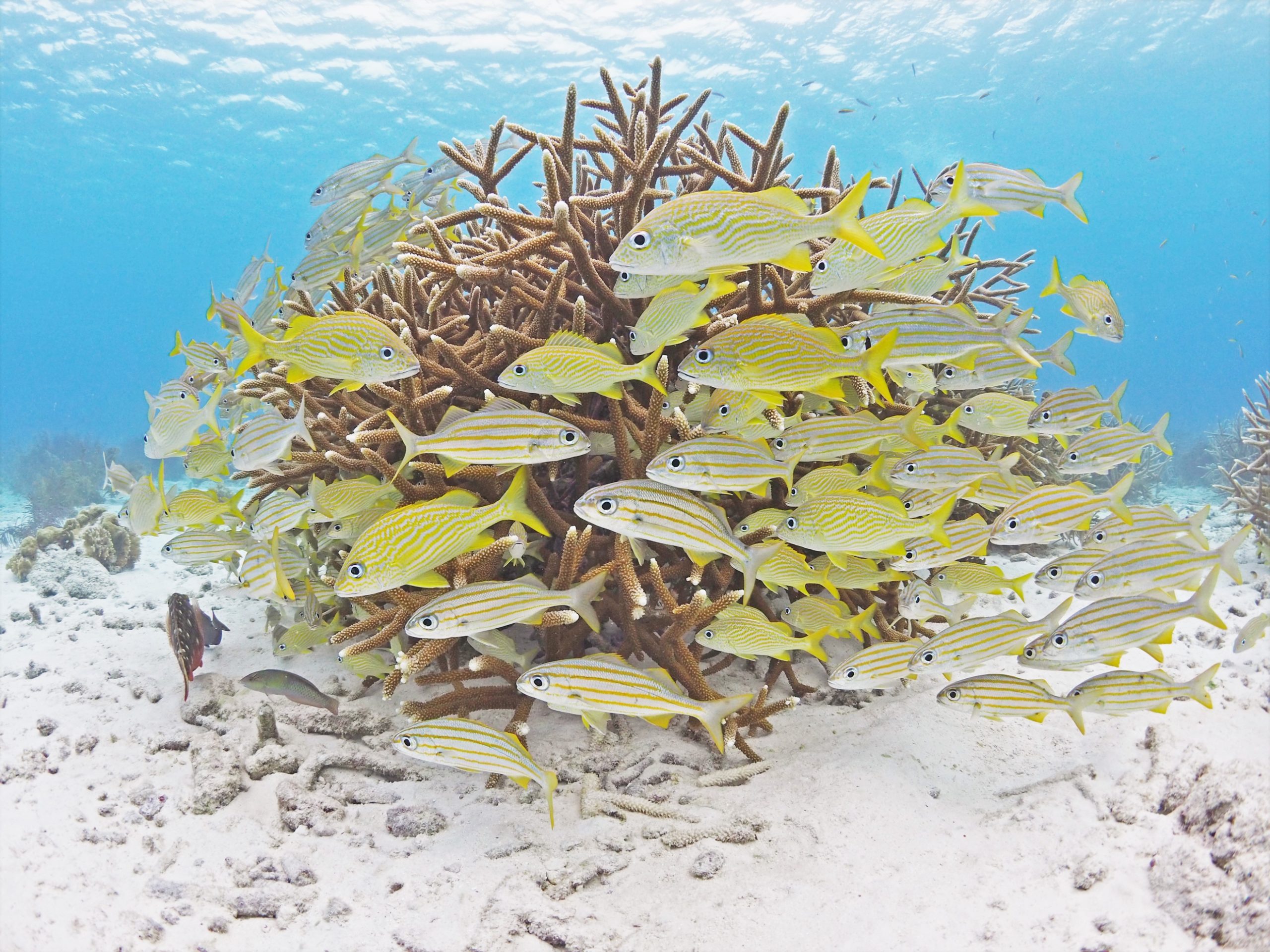 Reef Renewal Offers Hope for Corals and Fun for Volunteers

The sea is a vast and empty place. Miles and miles of uninhabited salty blue waters stretch into seeming infinity without many visible signs of life, except for small patches of coral reef, crowded with every kind of organism.

Coral reefs cover only about 1% of the ocean, yet they are home to more than 25% of ocean life, a large fraction of Earth’s biodiversity. And they are in trouble.

What makes Bonaire, a tiny Caribbean island about eighty kilometres off the coast of Venezuela unique, and a top tourist destination, is not visible from land. It lies beneath the clear turquoise sea, where Bonaire’s coral reefs are easily accessible from shore. Divers in Bonaire don’t require the boat and dive master needed at other destinations, just a tank and a truck. Minimal currents and shallow depths make for very safe conditions.  Bonaire is famous not just for its reefs, but for its protection of them. In 1979, the entire coastline of the island was designated a marine sanctuary, from the high-water mark down to a depth of sixty-one metres, including a large mangrove forest.

Underwater, on the reef, everything is alive. Things that look like rocks or plants turn out not only to be animals, but massive colonies of animals that photosynthesize and build rock houses. In the game of twenty questions, where everything falls into one of three categories—animal, vegetable, or mineral—if your subject is coral, the answer is simply “yes.”

Hard corals, which make up the substructure of the reef, look like beautiful, soft, colourful rocks, but they are animals. Corals start life as individual free-swimming creatures that then land on the bones of their ancestors and secrete a calcium-carbonate skeleton beneath themselves. It is this skeleton that forms the reefs.

Once ensconced in their apartments on the reef, corals ingest a tiny free-floating alga called zooxanthella that lives inside them and supplies 90% of their food, as well as their brilliant colouring. It’s as though when we ate lettuce, or brussels sprouts, we incorporated the plant chloroplasts into our cells to photosynthesize food and they tinted us green. (Chloroplasts are the cells that carry out photosynthesis, converting light to sugar.)

Why is coral at risk?

In a kind of symbiosis called mutualism, the corals shelter the zooxanthellae, providing a home and a constant supply of the carbon dioxide needed for photosynthesis. And in return, the zooxanthellae feed the coral.

This mutualistic relationship is strongly dependent on temperature. When the water grows too warm or polluted, zooxanthellae are expelled from a coral’s tissue, causing it to lose its colour, and a major source of food. This is “coral bleaching.”

A recent study found that coral bleaching has been detected on Bonaire every year from 2016 to 20201. Coral bleaching does not always mean the death of a reef. Corals can recover their zooxanthellae, but the process requires cool temperatures and clean waters.

Warming temperatures and bleaching are only a few of the threats to reefs. Bonaire is a protected island, so it doesn’t face problems found elsewhere like cyanide fishing, overfishing, net trawling, and coral mining. Nonetheless, Bonaire has its own problems. Many careless divers and photographers harm coral reefs by touching them. And expanded growth, if not properly monitored, is a very real danger2.

For example, in November 2021, Chogogo Resort Bonaire was fined $1.2 million3, and construction of the resort was temporarily halted. Chogogo had illegally imported and dumped 3,500 tons of sand from French Guiana, without obtaining the proper permits, testing the sand for diseases, parasites, or bacteria, or constructing a protective seawall. As a result, sand washed onto the nearby reefs, smothering many corals.

In addition, numerous diseases have proliferated over the last ten years, causing widespread mortality among reef-building corals. This is probably related to deteriorating water quality, pollutants, and increased ocean temperatures, which may in turn allow for the proliferation of disease-causing microbes. However, the exact causes for most coral diseases remain elusive.

In 1983, a different epidemic spread through the Panama Canal into the Caribbean, killing off 98% of all sea urchins (Diadema antillarum). Sea urchins are critical to coral reefs because they eat coral-smothering algae.  The ocean and earth are made of interlocking, interdependent pieces: damage one and the puzzle collapses.

Once thought of as a boundless resource, many coral species face extinction because of these varied anthropogenic impacts. Worldwide, between 80 to 98% of the elkhorn and staghorn coral are gone. They are listed as critically endangered by the International Union for Conservation of Nature’s Red List of Threatened Species. This year twenty more species of coral joined that list.

Why do we need coral reefs?

Besides the fact they are beautiful, biodiverse hotspots?

Though over the long term, we need to reduce the amount of CO2 in the atmosphere that is causing increased bleaching and acidification, there are simple, more immediate ways to help. And the results are phenomenal! They offer hope that we can reverse the damage and save not only the reefs and the myriad species that they support, but ourselves and this little blue marble that is our home.

How can we renew coral reefs?

Our environment is changing too quickly for coral reefs to survive. There are solutions to these problems, but we need a global network to put these solutions into practice. Reef Renewal Foundation International is growing a such a network, providing the link between science and global action. Their projects vary in size and capacity but are all united by one common goal—to restore coral reefs using simple, easily reproducible techniques supported by science, demonstrating that there is still hope for the coral reef community.

It started in February 2012, when Ken Nedimyer, founder of Coral Restoration Foundation, helped  one local dive shop on Bonaire start a reef restoration project. It was just a few corals dangling from a PVC pipe tree in a dying sea.

Today, over 15,000 corals are grown in Reef Renewal Foundation Bonaire’s ten nurseries and over 40,000 corals from seventy-six different genetic strains have been outplanted back to Bonaire’s reefs.

RRFB is mostly focused on staghorn and elkhorn coral. These are grown by a process called fragmentation in which the asexual reproduction of corals allows RRFB to propagate large numbers of corals without harming the wild populations.

RRFB hangs corals on “trees” of PVC pipe with fibreglass rods running through the trunk. These rods are tethered to the bottom with anchors and buoyed with floats. This permits free movement within the water column, allowing the trees to weather storms.

Each coral morphology is different and therefore there is no one-size-fits-all approach. Depending on the species, corals are either hung from the branches of the trees or secured on trays.

The coral nursery trees need constant cleaning to remove fire coral, which is not a true coral, and algae, both of which can quickly smother the growing fragments of staghorn and elkhorn.

When the elk and staghorn get big enough RRFB outplants them, wedging staghorns together and gluing elkhorns to rocks.

Damsel fish and a variety of other creatures eagerly await the fitting together of staghorn corals. They move in as soon as the corals are placed, then just as eagerly await divers’ departure. Seeing the fish anticipating their new home is incredibly rewarding.

RRFB relies on volunteer divers. The training, for certified divers, is a two-day course with three dives. This year, my husband Kevan and I became two of those volunteers.

Not only is this project making a tremendous difference in Bonaire, it offers hope for coral around the world, because happily, RRFB uses low-cost, easily available materials, and techniques that are simple to repeat and replicate.

Any diver or snorkeler swimming around the island can now see dense groves of staghorn and huge elkhorns where before there were none. These new groves were planted eight or nine years ago and are flourishing.

The project is run by Francesca Virdis, and her assistant Sanne Tuijten, both marine biologists and avid divers. The third and final member of the team is Reef Restoration Technician Ernst Noyons.

The rest is done by dozens of volunteers, divers from all over the world, all ages, and all walks of life who want to give back a bit of the joy they’ve received from the welcoming reef.

RRFB also offers internships designed to introduce individuals to nonprofit marine conservation with a focus on the restoration of tropical coral reef ecosystems. The internship lasts ten weeks and is a full-time volunteer position offering a vast amount of experience through participation in community involvement, daily operations, and field work, which includes maintaining the coral nurseries and outplanting corals onto the reefs.

Protecting corals requires action at all levels. Locally, governments can help build resilience through more effective fishery management, wastewater treatment, responsible coastal development, and sustainable tourism. Individually, we can all help by minimizing our contribution to pollution, avoiding direct contact with the reef while swimming or diving, wearing reef-safe sunscreens in the water, and refusing to patronize developments that aren’t reef friendly. Together, by promoting a nature-first attitude, we can combat the threats of climate change with determination, the willingness to act, and the understanding that we are just a small part of the connected life on this planet. 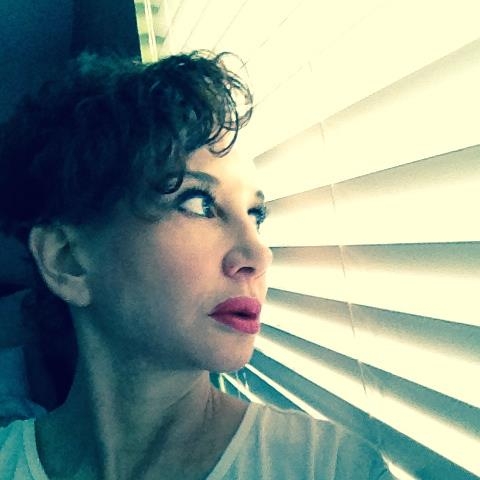 E.E. King is an award-winning painter, performer, writer, and naturalist—she’ll do anything that won’t pay the bills, especially if it involves animals.

She’s been published widely, including in Clarkesworld, and Flametree.

She’s shown at LACMA, painted murals in L.A. and elsewhere and is currently painting a science museum in San Paula, CA.

Check out paintings, writing, musings, and books at: www.elizabetheveking.com  and amazon.com/author/eeking.