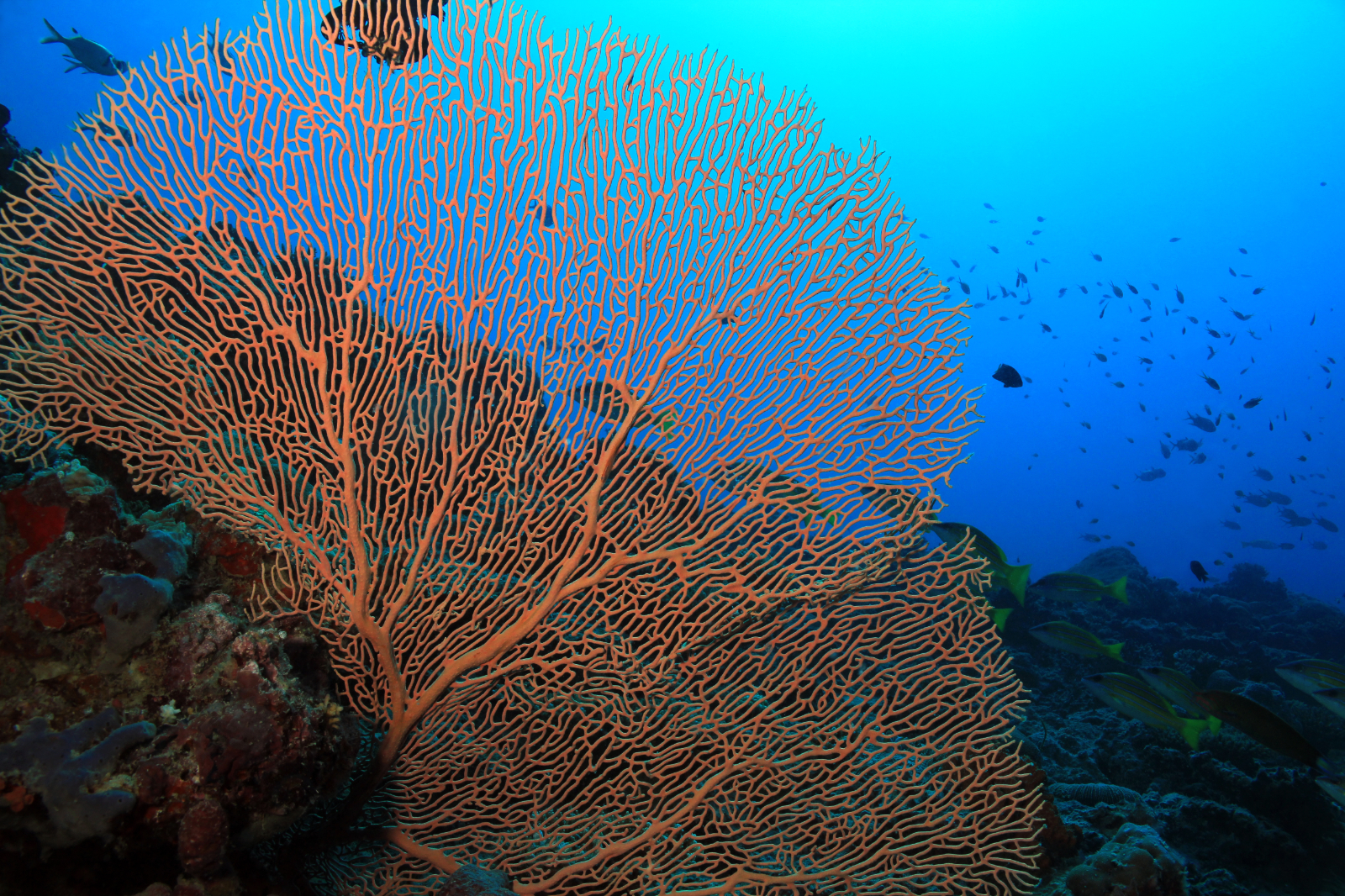 A Sea of Plastic

The sun was barely up over the plastic sea, but it was already stifling hot. The almost horizontal rays bounced off the bleached, matted remnants of last century’s excesses. The great raft housing the plastic reclamation factory chewed slowly but steadily through them. Phlox checked her diving gear. If she dove off the back, she had plenty of time to gather samples before the current generated by the big slurping maw in front got too strong. Her spotter Jor had the day off, but she’d done this hundreds of times now. It should be safe enough.

Phlox turned on her phone timer and slid into the water. The safety line paid out behind her automatically. She used her glove and shoe claws to wrestle through the ten-foot-thick layer of bleached debris, milk jugs, dish-liquid bottles, and plastic bags. Finally the plastic thinned out, enough that she could see a couple of yards between the swirling plastic bits. She floated facedown for a bit to cool off. A last check of air, her spear and olona net, and then she dialed up the weights and went down.

The milky green before her eyes became clearer. The coastal waters here were very shallow, or the plastic reclamation factory on its raft wouldn’t have been able to manage. Phlox activated her vibrospear and slowly swam through lukewarm water, her knees almost clipping the bottom. Fish had begun to repopulate the seas, and her grant allowed her to catch a couple every month for research purposes. And if these fish, after being weighed and DNA sequenced and necropsied, also got eaten, nobody minded. It was a way of fitting in with the raft crew.

Phlox spotted movement in the corner of her eye and undulated after it, spear in her right hand, net in the left. She would spear a fish if it was big and a species she hadn’t seen before, but she preferred to catch them alive.

A whirl of plastic bags floated across her goggles and she lost the fish. She was now drifting over a stand of bleached, dead fan coral. She’d seen it so many times before, and it was never not sad. What was left of humanity was working hard to restore the earth, but sometimes knowing it wouldn’t happen in her lifetime was hard to bear.

A flicker of movement.

There it was again, the same fish. Or another, that hardly mattered.

Phlox kicked once, gently, and let herself drift over a dull-white brain coral hump. Slowly, slowly, she fanned out her left arm and flicked the net. She used the spear to startle the fish and drove it straight into the net.

A young golden tilefish. Great! Once plentiful and used for sushi—not that Phlox had ever eaten any but the printed kind—its population had dwindled. It was thought they’d disappeared, at least here in the Gulf.

But then Phlox caught sight of a purple leaf shape. Could it be? Without noticing, she let go of her spear and net and hovered over the delicate veined lattice . It was a living fan coral, blooming tenderly among brain and fan coral skeletons, white guardians around the new life.

Phlox didn’t know how long she floated, mesmerized by the sight of the living leaf. So pretty. So long awaited and unexpected.

A roil of current shook her out of her trance. The sucking maw of the plastic factory was too close, she could feel it churning. If she didn’t get out of here right now, she’d be sucked in.

She had to get moving.

A slow thunder thrummed through her bones. No time to wait. She grabbed her line and turned off the first weight. She didn’t float up as she expected. The current was already stronger than her buoyancy. And she hadn’t even thought to snap a picture!

Phlox turned off all her weights and hauled herself up the line hand over hand. The tether slipped through her hands without resistance, unmoored. That was bad. No texted SOS would reach the suction crew in time. She had to save herself. She bobbed up against plastic remnants, clawed at them fruitlessly, and got nowhere.

She had to stay calm.

She just had to find a softer spot to punch through the layer of trash. The suction tugged against her harder and harder. Her claws couldn’t get traction on the hard, brittle undersides of gallon containers. She was going to die. That couldn’t happen, not with such news.

A green light shone over Phlox. At the last possible moment her hands pushed deep into softness. Thank god, the underside of the raft’s kitchen garden. She found the web of lines that kept the seaweed together. Just cut it and swim upward, and she’d be safe in no time.

She wanted to tell everyone the good news, she wanted to shout it out. And then she had to go straight back down and document her find with pictures. The restoration was working! Earth would live again. 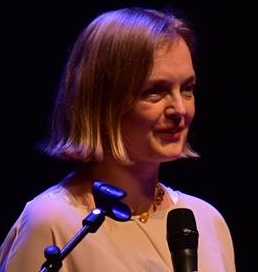 Bo lives and works close to Amsterdam. Bo is the first Dutch author to have been published in F&SF and Clarkesworld. Her fiction has also appeared in Escape Pod, Nature, and other places. Her SF novel The Wan was published by Pink Narcissus Press.