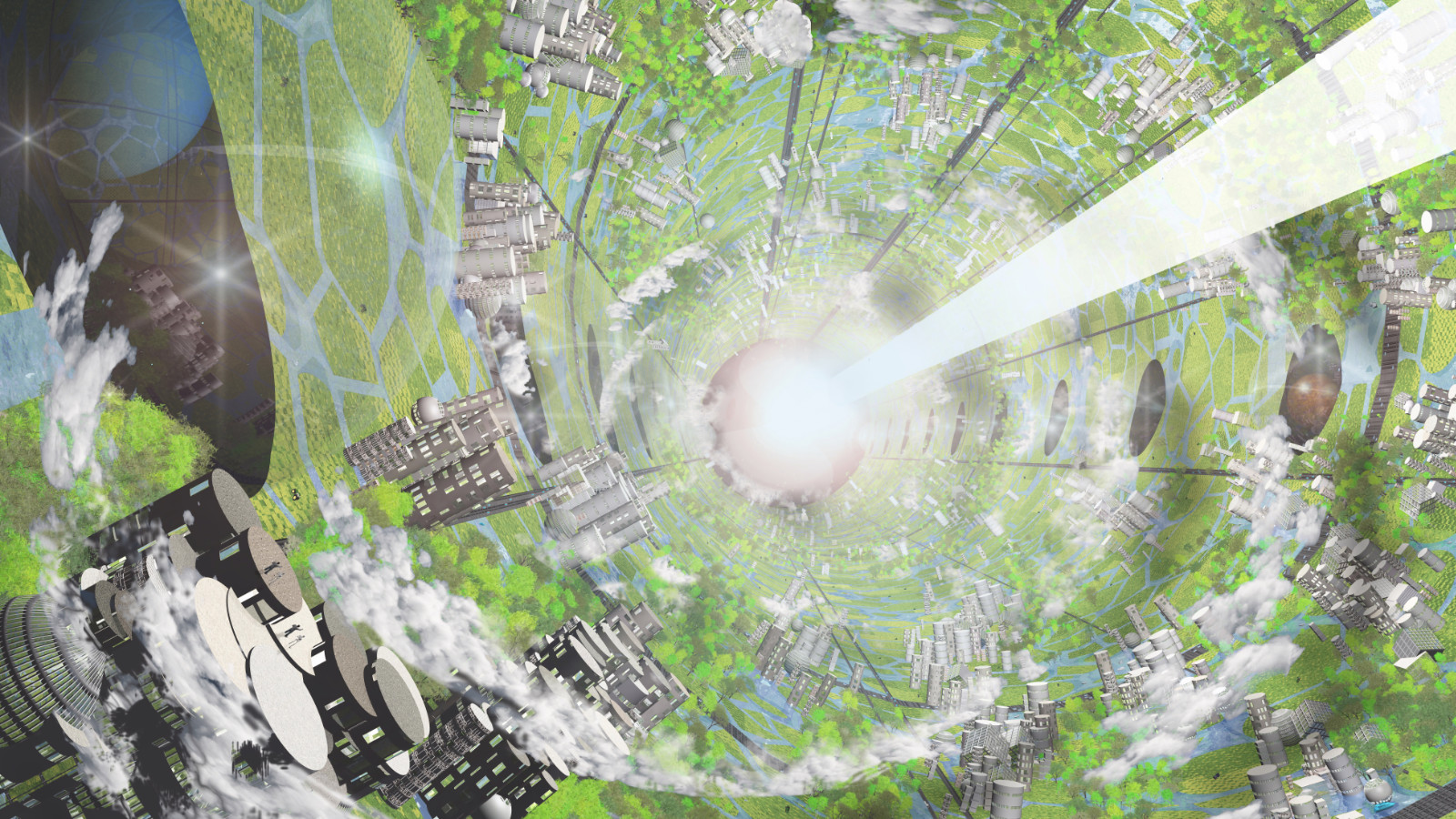 An Intersection of Parallel Lives

“You don’t need a reason to save people,” I argue to the boss. But apparently, if I’m flying on her dime, I do.

In the end, it’s the chickens that win her over. The records I uncovered deep in the archives state that two centuries ago, when the Novus and its passengers departed to colonize H3985, they carried with them two dozen hens and five roosters. Science has railgunned itself ahead since the generation ship left on its voyage across the galaxy, but even with nutrient tablets making food superfluous now for human survival, there’s plenty of Old-World purists who’d pay trillions for a bite of a bite of a genuine, nonsynthetic drumstick.

It’s all about the bottom line. Supply and demand. Upward-sloping graphs of profit margins.

With the boss’s permission finally given, I slip into my sleek Raptor (a thousand times faster than the largely forgotten Novus), and point its nose toward the dot of sky where I hope to find the lost ship—a sliver of space that the experts have collectively decided isn’t actually that promising after all, revenue-wise.

As I fire up the engines, I think of the other discovery I’d made in the archives. The information I didn’t share. A record of an ancestor—sharing my surname, my blood—who’d deserted Earth, though his pregnant wife refused to. A broken family. A connection severed. A monumental choice by two people I’d never met that, like the earth growing smaller behind my ship, grew smaller in significance as time marched on, until that one life-altering decision became nothing more than a dot on the timeline of my family history. And yet, like the earth falling out of sight somewhere below, that one dot makes all the difference.

The boss checks in on the communications link on day seventy-one of eighty-two. There’s nothing to boost the signal between here and there, so her voice sounds thin and awash in static. She’s second-guessing now, anxious about what I’ll find. What life has become aboard the isolated Novus, if life still exists there at all. She makes me promise that if the inhabitants have resorted to cannibalism, I’ll grab a few chickens and get out, ASAP.

“Get the chickens,” she reiterates. That’s the important part, all logic aside.

On day eighty-one, a dot appears in the distance. I spend the day staring at it across the expanse. When I wake from my next sleep cycle, the cylindrical ship looms in my window. I’ve found it.

I slow the Raptor to match its speed. Apprehension, excitement, and determination combat in my chest, crowding out my breath. Here’s what I’ve waited for since first uncovering the records. Since first wondering “what if?” What if I’d spent my life stuck in a jettisoned tin can, in a civilization spent spinning slowly toward somewhere I’d die without reaching? In rescuing the Novus, I was rescuing that could’ve-been me, too. In my own way, I’ve warped the timeline, doubled back upon my family’s past, so that these lives, which for the past two centuries have run parallel, now have the chance to intersect.

The Raptor hatch was retrofitted before we left, and it slides easily into the Novus’s dock. I pause, stop, catch my breath. This is my moment: the moment of intersection. Of truth. How will history describe it to those further down this temporal line? Will they know the bravery it requires, approaching this amputated limb of humanity?

The airlock swings open, and the air that greets me is fresh. Clean.

“Goodness gracious, are you OK?” The woman standing before me looks strong. Bright-eyed. Healthy. Kind.

Behind her, the ship opens to a jungle of lush flora, the likes of which haven’t been seen on Earth for decades. There are trees here, taller and thicker than any I’d ever seen, and vines and grasses and shrubbery, too. Men and women pass beyond the leaves, speaking softly to one another. Laughing. Smiling. A chicken rushes unhindered across a moss-covered path, followed by a trail of fluff-feathered chicks. I stare, dumbfounded at the tiny creatures.

“Someone get this pilot a cot; she’s dazed.” The woman taps an unfamiliar device to my forehead and frowns. “Dehydration, malnourishment, and hypertension. Lots of toxicity in her bloodstream as well. Get her something to eat, STAT, and then we’ll see what we can do about the rest.”

I brace myself as I’m surrounded, but what falls upon me is not the cold touch of shiny-armed med-bots subtracting credits for care prepayment. It’s gentle human voices, gentle human arms, and gentle human faces guiding me to the softest bed I’ve ever felt. Water trickles down my throat, tasting strange and sweet without the familiar chemical sting. Music floats in the air, unhampered by screeching newsfeeds or the periodic advertising blurb. Even the scents are softer—more subtle and easier on my throat.

Everything is so … peaceful.

“Good thing we were here to save you.”

I look up. The surname on the woman’s badge matches mine. Her eyes bear the same shape and colour as my own.

“Yes.” I realize then with sharp, sudden clarity. “It is.”

Wendy Nikel is a speculative fiction author with a degree in elementary education, a fondness for road trips, and a terrible habit of forgetting where she's left her cup of tea. Her short fiction has been published by Analog, Nature Futures, Podcastle, and elsewhere. Her time travel novella series, beginning with The Continuum, is available from World Weaver Press. For more info, visit wendynikel.com.