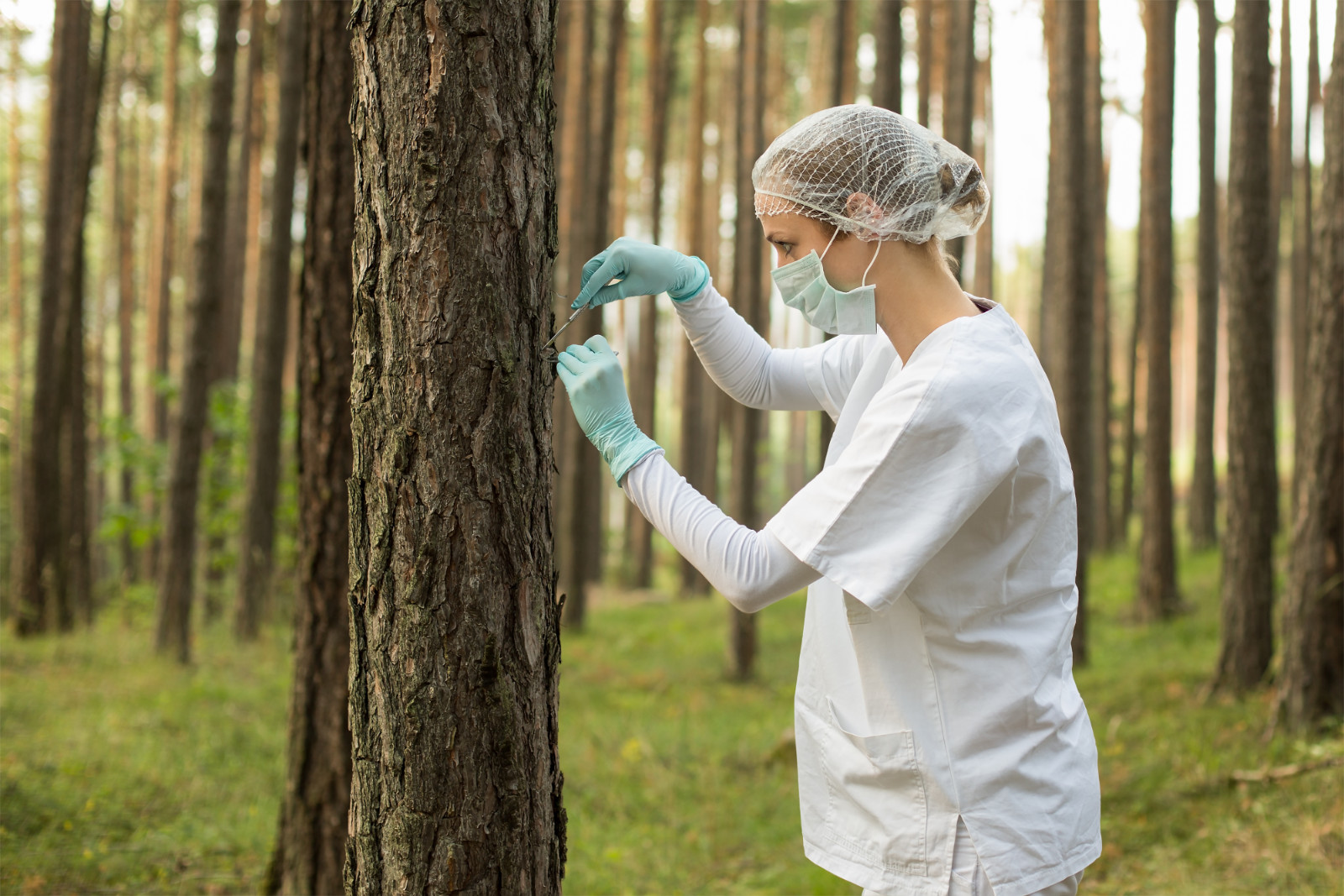 I Think That I Shall Never See

Good afternoon, fellow tree lovers, and welcome to the North American Biosphere Tree Museum. My name is Aliah—I’ll be your guide today.

Step through the airlock and we’ll begin the tour. Please feel free to ask questions at any time.

Our museum houses the most extensive collection of preproprietary tree species in the world. We are affiliated with several sister biospheres around the globe, but we are the only one designated a UNESCO World Heritage Site.

Most trees in our collection are extinct in the wild as nonmodified organisms. They’ve been outcompeted by their designer-engineered cousins or by entirely novel transgenic species.

While the observation decks are sealed off from the forest galleries, the decontamination showers you took and the jumpsuits you’re wearing are just some of the ways we try to ensure no genetically modified pollen, seeds, or organisms enter the museum and pollute our collection.

The biocontainment procedures we use are similar to those in Level 4 microbiology labs, where the world’s deadliest diseases are studied.

You’ll have noticed the rush of wind when entering the museum. All airlocks maintain positive pressure, ensuring no foreign organisms enter. Outside air drawn for ventilation, and all air within the facility cycles through a series of HEPA and electrostatic filters to scrub the air of pollen or spores before being sterilized with UV-C light.

If you follow me, we’ll head up to the observation deck.

Looking into the enclosure, you’ll see over 200 species of trees growing in sealed galleries of varying climates. All our trees are native to North America, and all are in their natural, unmodified states.

Our arbourists—you can see some there, working under that American chestnut—tend the trees full-time. No, it’s OK, kiddo, you can wave to them!

Our team deals with any ailment befalling our trees, from fungal infections to root rot. You can imagine how catastrophic an infestation of longhorn beetles would be. Or an outbreak of leaf blight.

Yes—a question? No, ma’am, I’m afraid the tour doesn’t include an excursion into any of the enclosures. Physical access to the trees is tightly controlled. Our arbourists sign on for three- to six-month tours of duty working with the collection. To avoid contamination, they undergo a rigorous (and rather unpleasant) decon procedure to flush their bodies—inside and out—of foreign and GM organisms before being sealed inside the enclosure.

Down this corridor is our central laboratory. Through these windows, you can see our tree biologists hard at work saving North America’s native trees.

In the racks under those purple lights, trees grow from seeds and cuttings. Some will eventually find a home in our museum forest. Others are destined for use in reclamation projects across the continent.

One of our most urgent projects is the common sugar maple. The modified version—which makes three times the sap of a natural maple—is so prevalent in the wild that we’re having a hard time locating unmodified specimens for our collection.

The GM maple tends to explode during winter cold snaps when its sap freezes and expands—meaning soon the entire maple sugar industry could become extinct, along with the tree.

In our historical exhibits, you can learn the progression of genetic modification in trees.

Most of the early changes produced taller trees or faster-growing ones, primarily for logging. Some trees were modified to grow straighter, or with fewer branches, or to have increased density, again primarily for industrial harvesting.

Later, the inclusion of entirely novel genes became commonplace for consumer GM trees—the kind of thing found today at your local garden centre. Perhaps you have a Topiary Tree™ in your front yard or a Bonsai Tree™ on your desk.

The best-known consumer tree is, of course, the Christmas Tree™. Jellyfish genes impart the mature needles with bioluminescence, making the tree self-lighting.

But the most famous—or should I say infamous—achievement in GM trees is the gTree™. It’s had a devastating impact on the natural habitat of the trees preserved in our collection.

The culmination of the agrifood giant Santamondo Inc.’s genetically modified tree project, the gTree™ is basically a Japanese Black Pine with genes from several African tree species, like the Miombo and the African Brown Olive tree, which give it fire- and drought-resistance, and the ability to propagate quickly, even in bare and rocky ground.

At first, the gTree™ was used in carbon-capture projects around the world. But gTree™ seeds quickly spread into the wild thanks to wind and wildlife. And once they did, well ...

gTrees™ grew faster and in more places than other tree species, choking out native vegetation in dozens of countries.

In California, annual wildfires let the gTree™ spread unchecked once other vegetation had burned away. If you go to the San Bernadino Mountains these days, all you’ll see are the characteristic tufts of gTree™ foliage.

Santamondo Inc. was upset about their proprietary organisms getting loose. But thanks to a series of favourable court decisions, Santamondo’s solution—charging a technology licensing fee to anyone found with a wild gTree™ on their property—was upheld.

Under this precedent, Santamondo later charged the owners of any plants found to have patented gTree™ genes inherited through cross-pollination.

Part of our conservation efforts include lobbying world governments to change laws and hold agricultural biotech corporations responsible for environmental damage caused by products like the gTree™. But international laws on trade, technology, and liability aren’t on our side.

As you can imagine, this is a very lengthy, very costly process, and we can’t do it without the help and financial assistance of concerned citizens like you. Our museum is a registered charity, and donations are always welcome. Another way you can help is by purchasing some of the lovely items we have for sale in our boutique, and so if you’ll follow me, the final stop of our tour will be the gift shop ... 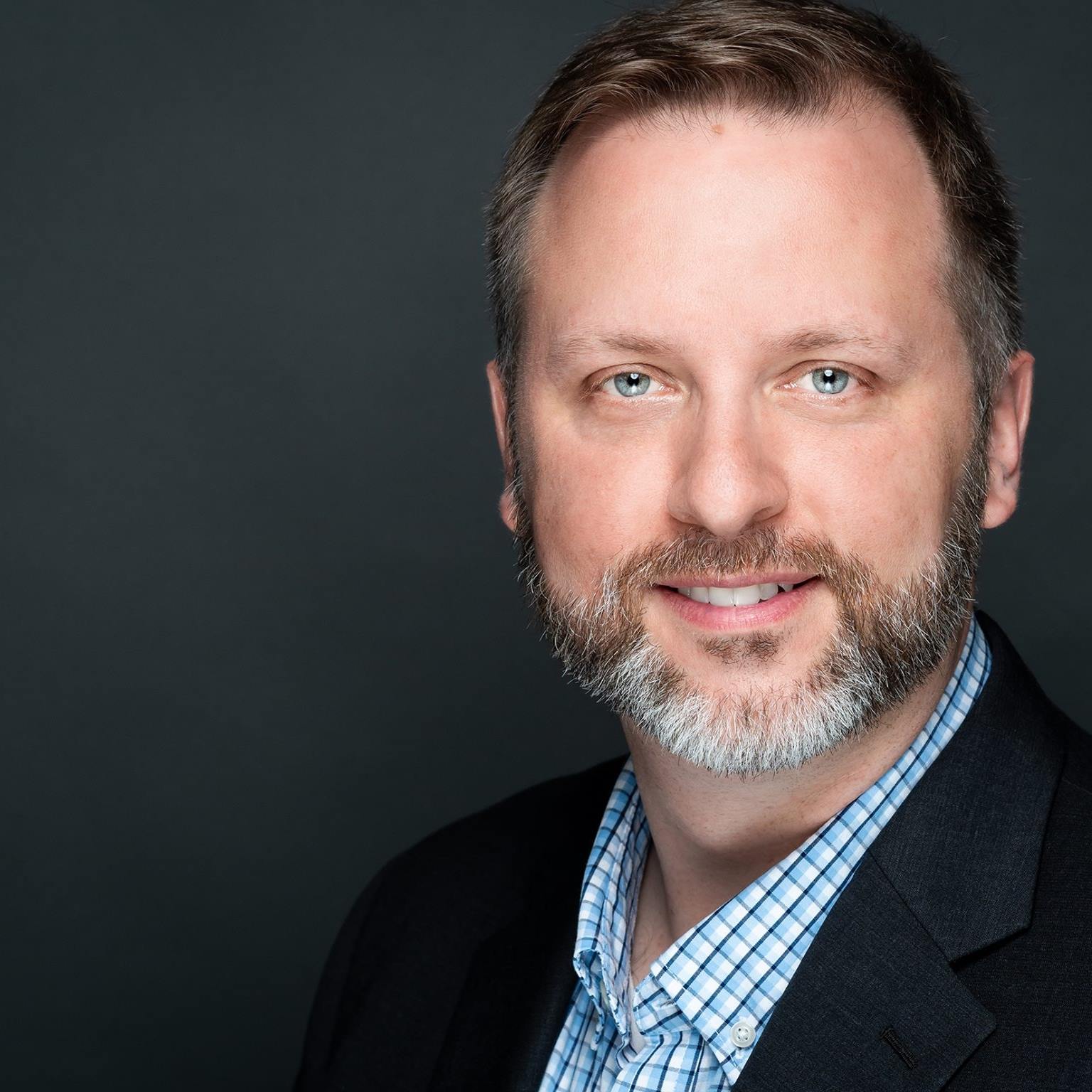 Stephen Kotowych is a winner of the Writers of the Future Grand Prize, Spain's Ictineu Award, and is a two-time finalist for Canada’s Aurora Award. His stories have appeared in Interzone, IGMS, numerous anthologies, and been translated into a dozen languages. His collection of short stories, Seven Against Tomorrow, is available now. He hosts a podcast about the life and times of Nikola Tesla, and enjoys guitar, tropical fish, and writing about himself in the third person. Visit his website at www.kotowych.com.